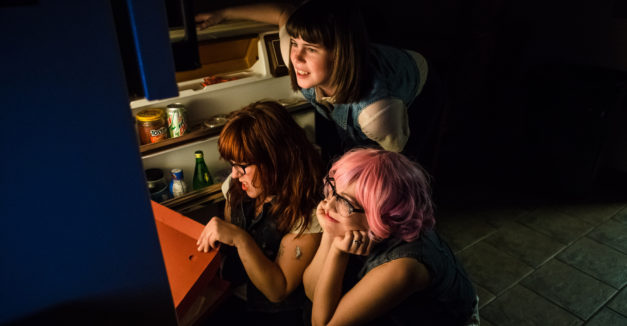 [Editor’s note: the following was read live in the KZUM studio introducing The Morbs before its on-air performance. Listen to all four tracks and an interview with the band, plus watch video of the song “Again,” below. See the band perform at Zoo Bar on Wednesday, Oct 12 with Pariah Princess and Extra Spooky. RSVP here.]

At times, we can get so wrapped up in prolonging a fleeting moment that its enjoyment passes us by. We grasp at decision or details long out of our control and miss the grandness and fulfillment that already lay before us.

It takes a certain amount of guts to confess that kind of feeling. As The Morbs’ Maya Khasin told me back in February, songwriting is both a public and private thing, a powerful shared experience with an audience potentially full of strangers.

The Morbs haven’t been doing it for very long, but the fearlessness, pluckiness and attitude with Khasin, Chelsea Egenberger and Monica Maher deliver that raw emotion has found the songwriting trio a consistent place in the vastness of the Omaha/Lincoln scene. Formed initially by Khasin and Egenberger, who were later joined by Manic Pixie Dream Girls drummer Maher, The Morbs have played its bouncy, synth-laden brand of garage rock in both cities with increasing regularity.

That’s surely due in part to the quirky relatability inherent in a Morbs track, with references ranging from snarky commentary on gender-norms to internet comments sections and house pets. But they can also dig under the layer of emotional defense to expose insecurities, pull back the simplicity or dearness of a personal bond to admit anxious worry about inadequacy.

Most importantly, these songs thrive within their surrounding communities as depictions of their interactions, from salvaging a wasted heart to hitting on someone at a show. And with its players’ endeavors — like Khasin’s spearheading of Porchfest LNK last month — so do they. The product feels as strongly considered as it does genuine, as if not pouring their authentic selves into the music community mix would be a complete disservice.

Now, here are The Morbs with “Amputation.” 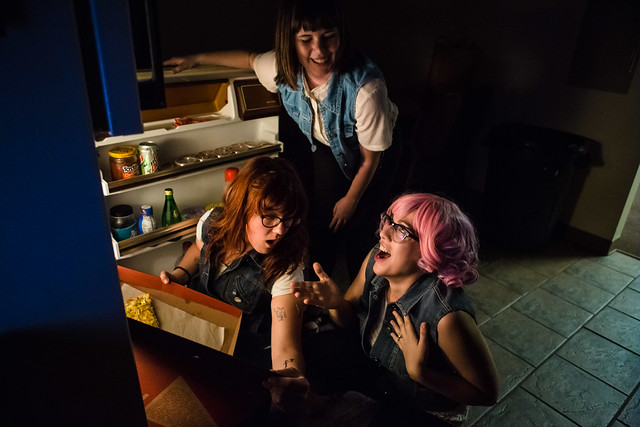