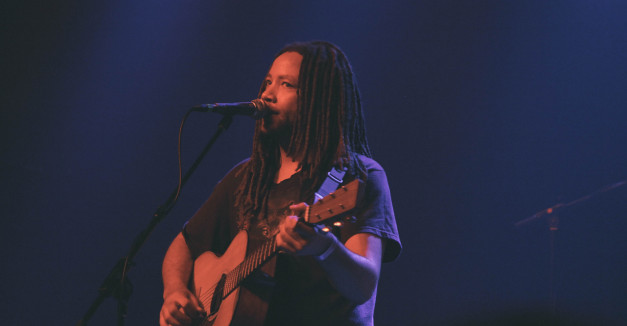 Pageturners Lounge was empty. Two weekends ago, soft rock music echoed as the bartender struggled to fix the front door, which, at this moment, refused to open. Through the back door sauntered Miwi La Lupa, a dominant wolf displayed on his chest, howling up at a moon — somewhere off-shirt.

La Lupa was in Omaha to record his second solo record, his first time recording at ARC Studios under the careful direction of producers and engineers Mike Mogis, Ben Brodin and Conor Oberst. La Lupa is no stranger to those working on his album. His first album was released on Oberst’s Team Love Records and he has been a backing member of Oberst’s live touring band multiple times. The album, not yet titled, is due out later this year.

A member of the band Thought, La Lupa has been making music for the majority of his life. From his time in college at the Eastman School of Music in Rochester, New York, he has been involved with an eclectic range of styles from funk to folk and country.

“Let’s go back to that room,” he said, “the wolf’s den.” He gave a quick smile and made his way back to an isolated room in the back of the bar. In essence, this interview gives off the same feeling as his first record, A New Way Home: intimate, and by the end, warm and inviting, like a conversation with an old friend. La Lupa’s music, a mix of rock, pop, country, and folk sounds like a love child between the storytelling of Willie Nelson and the musical eclecticism of Big Star. And it shows the amazing range of a songwriter with La Lupa’s background. Although La Lupa was trained at Eastman, he feels as though this training doesn’t appear as often as a listener might think in his music.

“I haven’t opened any books from college since graduation,” La Lupa said. “I think I need to either sell them or dump them on the street.”

After his stay in Omaha, La Lupa heads back to New York where he hopes to continue working on a new record with his band, Thought, hoping to have it also completed this year. 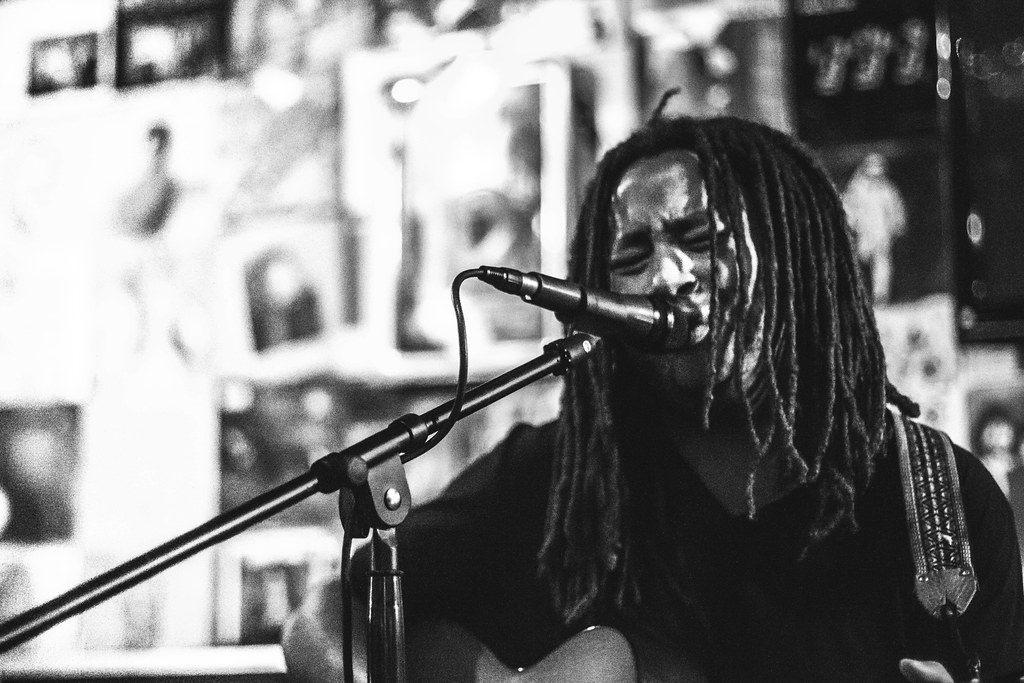 Hear Nebraska: Can you discuss the differences between writing music for your band Thought and now being a singer-songwriter?

MLL: I’d been writing songs for that band for a long time and it was always where I could pretty much write and I could say, “I’ve got an idea for a country-sounding song,” and we would always go from a country song to a math rock song or to a pop song or an experimental jazz song. With my band now, I still feel that same “bring anything to the table” thing, but they’re just songs. I guess I could leave more space for solos, but now it’s more song structure. I don’t think about it. I just think of it as songs.

HN: Is writing for one genre more difficult than the other?

MLL: No. Definitely not. All music has its challenges. You think of people who were trained at music schools and it’s kind of a snobby way to think of it, like, “They’re only playing three chords in that song?” But it will never have that same charm unless you kind of train yourself and play that way. When you’re playing a style, you really have to commit to that style.

HN: You said that Jakob Dylan, Willie Nelson, Gillian Welch and hip-hop were all influences on your music. Can you discuss what each brought to your music?

MLL: There’s something that ties them together and that’s telling stories. I think Willie is basically a gangster rap artist. I mean, he’s talking about drinking and picking up hookers and smoking weed all day every day. But I think it’s all encouragement to tell stories.

HN: How does your new record compare to your last one in terms of ideas and sound?

MLL: Sonically, it’s going to sound like it’s recorded in a high tech place with Mogis and Ben Brodin and all these big rooms and great equipment. That’s just the way it is when you record in your bedroom versus recording in a studio. But subject matter is quite different. New Way Home was pointed at one subject whereas this record has more social commentary, a little political commentary, but still some looking into the heart and love songs. Taking songs from a more subdued texture, I feel like this record is more rocking.

HN: Can you discuss your experience working and recording at ARC?

MLL: I think it’s good for all of us to get out of New York, but it’s always amazing to be in a place where it’s really easy to make music. Working with Conor and Mogis, they’re working on such a high level and have made so many great records and they’re so comfortable. They’re really encouraging. You go in with so much trust because of their history and their ears for songs and sounds, engineering. You just trust that it’s all going to work out. Whatever you put into that microphone or onto tape is going to represent what happened in the room at the highest level. I’ve been in good studios before, but not for a Miwi record. In terms of schedules, I feel like for the past month I’ve been calling Conor and asking, “What do you think the first day is going to be like? Just so I can write it down?” And he told me, “There’s a lot that we’re just going to figure out when you get here.” We’ve kind of worked out a schedule this past week.

HN: How does your personal relationship with your producers affect your recording relationship?

MLL: It just aids in the feeling of comfort and keeping it loose also, like a comfort level. If they were strangers, it’s difficult to feel them out. It’s like working with your family. You can be more blunt about how you’re feeling, especially since we’ve got such a short amount of time. We’ve got to get down to business. That relationship has helped in making the best decisions. Also, just trusting that they’re hearing something that you’re doing that could be better.

HN: You said that you were writing songs with more social commentary. Can you talk about the differences in writing a personal song like those found on your last record and writing a song that about a social issue?

MLL: Well, I think ultimately personal songs affect everyone. If someone dies in your family, it affects you, but it also affects your friends, the people around you. You have to deal with that vibe you’re putting out. I was going to say that a personal song doesn’t affect everyone and social is affecting all of us at the same time, but I take that back. I don’t think there’s too much difference because in some way or another it’s affecting all of us at the same time whether it’s riots or a police state or racism or a breakup. I think it’s going to affect people either way.