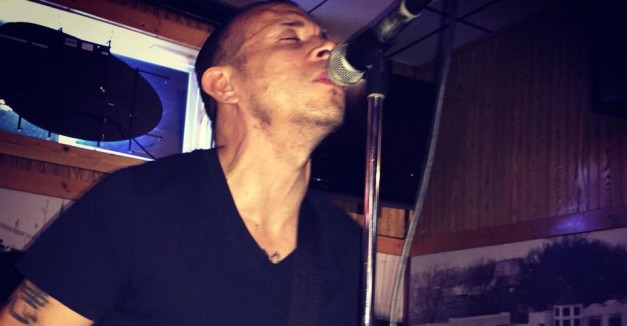 Editor’s note: Hear Nebraska’s annual Take Cover fundraiser asks Nebraska songwriters to play two songs — one original and one cover of a song by another Nebraska artist. Take Cover is at The Waiting Room on Jan. 23 (RSVP) and at The Bourbon on Jan. 30 (RSVP). Each year, we ask a handful of songwriters to discuss the songs they’ve chosen.

I’m gonna be doing a song by my favorite Omaha artist. This guy has influenced me since I was 15 years old. Also a great friend of mine. I’ll be doing Jake Bellows’/Neva Dinova’s “Supercomputer.” This song has great meaning to me, and it has since I’ve heard it. I had the fortune of seeing Jake come to one of our shows and spending sometime talking at his solo show he did at the Crossbones Bar a couple weeks back. He’s an amazing artist and stands out more than anybody else from around here. So ladies and gentlemen … that’s why I will be performing “Supercomputer.” Thanks, Jake, for letting me see music in a different way.