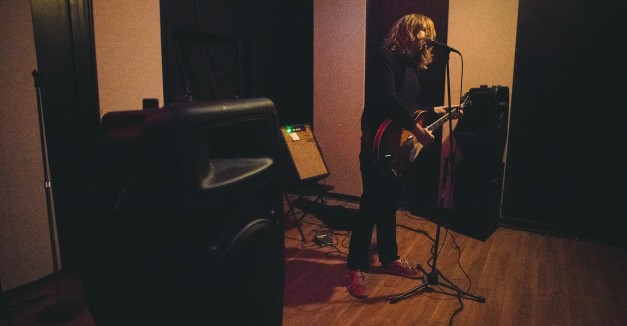 Under the Perpetual Nerve moniker, Sam Parker and Chris Aponick have been booking indie rock, punk and garage rock in venues like Sweatshop Gallery, Lookout Lounge and O’Leaver’s for a few years. After establishing a solid reputation, the two have opened a new all-ages venue of their own.

“We wanted a spot that we could run with consistent standard, a space that put music in the forefront of its mission and one that would be an ideal spot for smaller scale bands,”Aponick told Lazy-i blogger (and HN board member) Tim McMahan in a recent interview. “We wanted a room that makes a crowd of 30 to 50 people feel like an event instead of a bummer.”

Hours before Milk Run’s first show, we sat down with Aponick and Parker to talk about curating diverse billings and offering bands a space in which to grow.