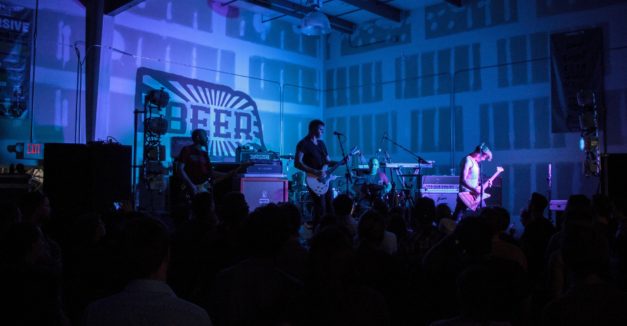 All of us at Hear Nebraska have some sort of musical history in one way or another. Some, like our board president Steve Peterson, are more talented than others.

It sort of comes in handy when you are filling out the bill for a benefit concert, such as September’s Beer Nebraska event at Zipline Brewing. Criteria, the Omaha indie rock band that Peterson fronts, played the middle set that day amongst four other hard-hitting bands (one of which, Cursive, he helped found).

Given all of that, it was pretty cool to see him rocking out with a band that, with life happening all around it, gets to fire up the engines a couple times a year. Criteria was remarkably sharp through harmonic guitar riffs, dual vocal yells and chaotic choruses, boosting its own youthful intensity to match that of Better Friend’s opening set.

Watch Criteria play “Me On Your Front Porch” live in the Zipline Brewing warehouse.