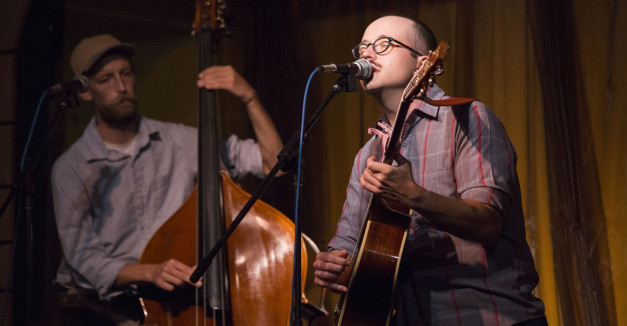 Dan McCarthy has always been sharp in his songs. In the new and unreleased “Mean Things,” he sings to a stranger who happened to annoy him: “You sound just like that famous country singer: Hank Williams …”

Then, with a pregnant pause before the addition of a sardonic “ … junior.”

Rarely, though, has a McCarthy Trenching performance been so much like a variety show as it was at The Lark in Hastings last night. 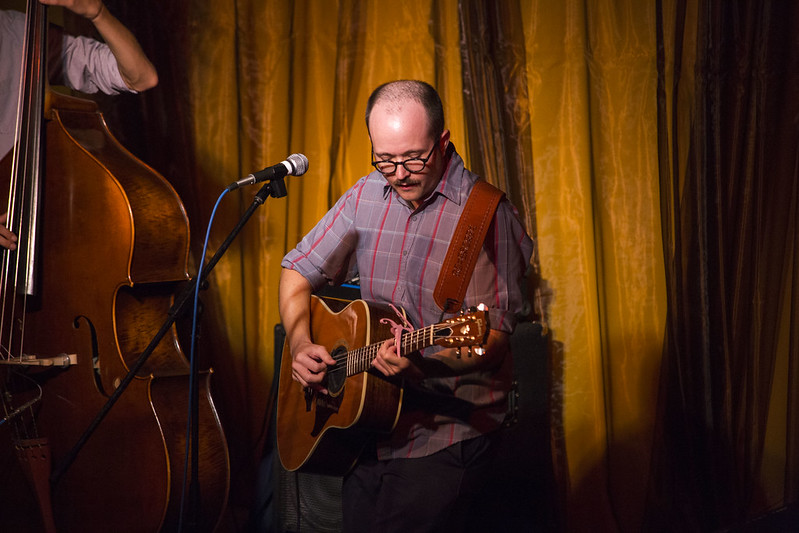 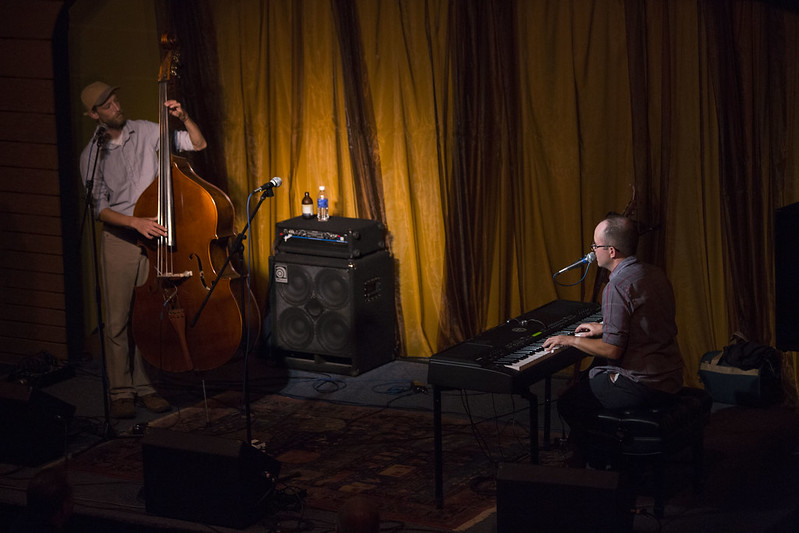 The audience, seated mostly at small tables around the stage and altogether unfamiliar with the Omaha group to that point, were willing and eager consumers of McCarthy’s wit.

Wherein Omaha or Lincoln, McCarthy might play for an audience accustomed to his quips, smirking knowingly at one another when a favorite punchline hits especially hard, the uninitiated are free to find the fun unhindered and brand new.

Which was certainly the case last night.

McCarthy told the audience at one point that they were laughing so much at his lyrics and halting stage presence, that it was going to make him laugh too much to do right by his songs.

McCarthy Trenching, McCarthy and bassist James Maakestad, played two sets: one for McCarthy’s guitar-based songs like “Oh Nancy,” “Picking at Scabs” and “Wedding Song.” After an intermission, McCarthy came back to sit at the piano and play to a slightly smaller audience — it was, after all, a school night, as openers The Mrs. Dunbars noted before McCarthy’s set.

He closed the set out on an impressive rag, fingers dancing across keys swiftly, with grace and force on the house piano, promising that next time he comes to town he’s going to bring five strong men to get the piano up on stage. 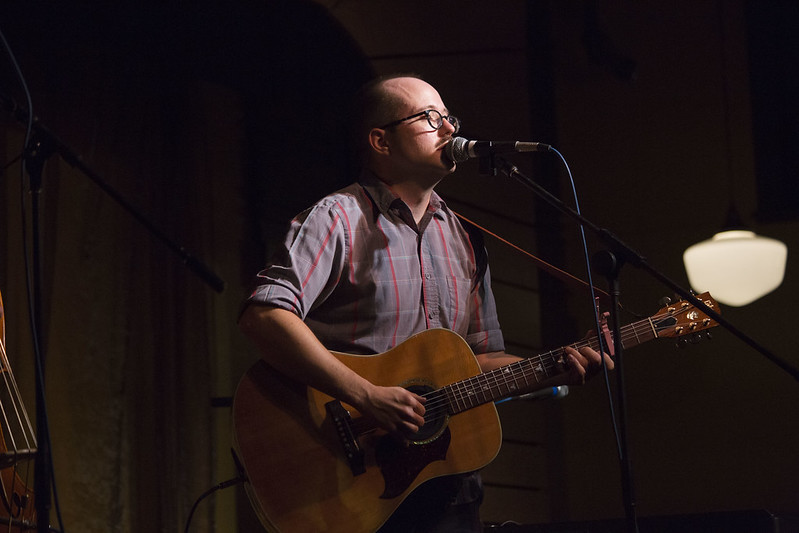 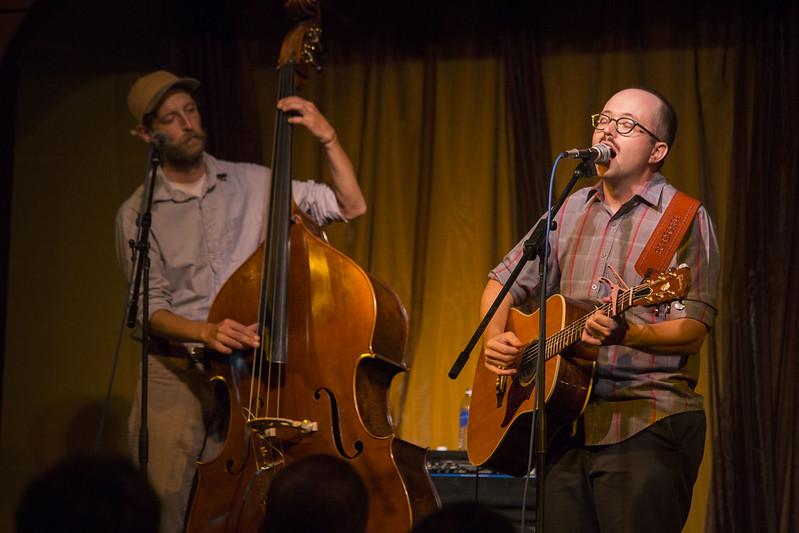 Before him, The Mrs. Dunbars, an acoustic duo from Hastings played country and Americana to a warm audience that seemed familiar with the women’s work. Like McCarthy’s, the set was charming, clever and heartfelt.

The collaboration between The Listening Room and Hear Nebraska last night is part of Hear Nebraska’s effort to expand its programming into Greater Nebraska. 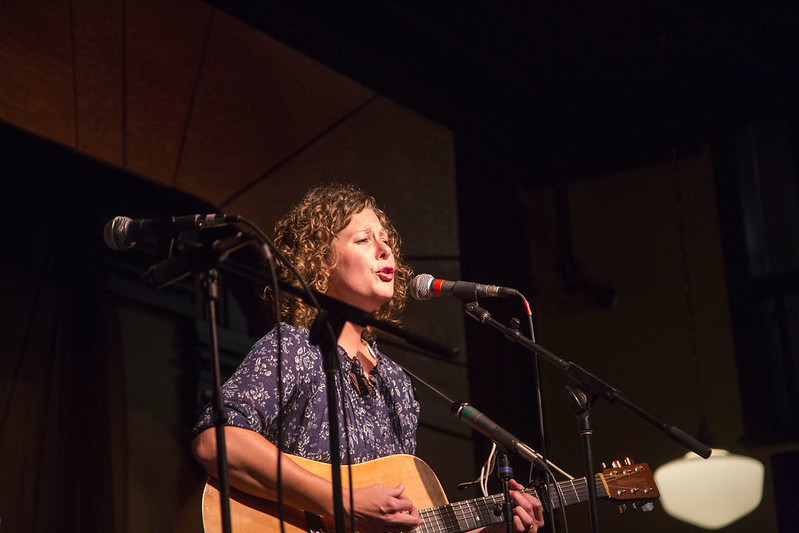 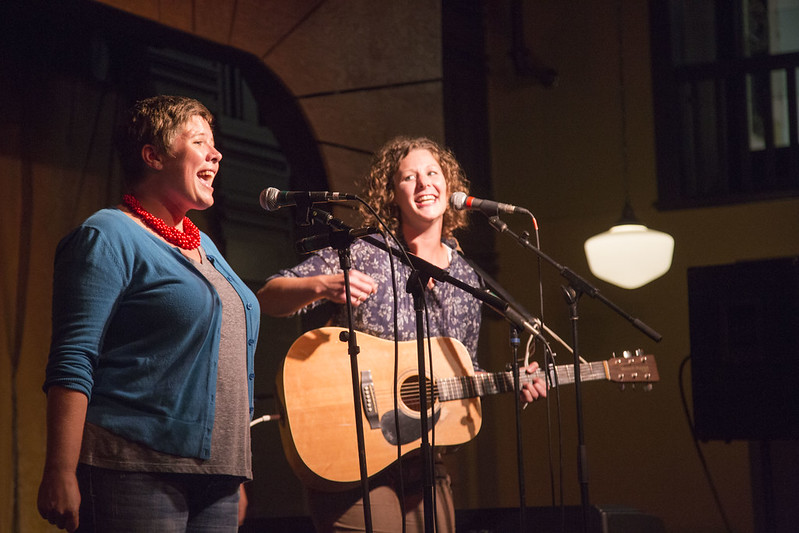