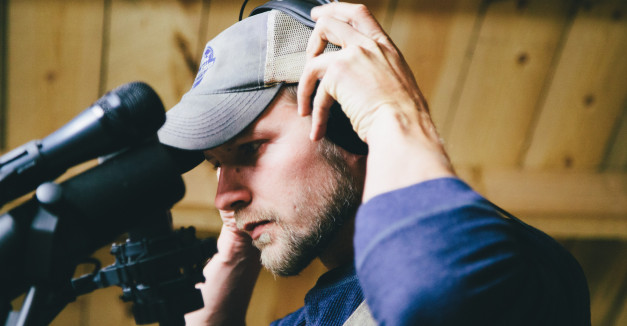 Matt Cox isn’t the sort of artist who strikes you as performing in pain. He doesn’t yelp, holler or throttle himself around.

On the contrary the Omaha country/folk artist sings in a kind of rural, unphasable texture, not unlike that of fellow Iowa native William Elliott Whitmore. Rain or shine, Matt Cox’s guitar, voice and harmonica will live in absolute harmony.

So then it’s surprising in some ways to find that Cox has recounted the year of writing his new album Nishnabotna by the number of funerals he’s been unfortunate enough to attend. Four or five, including those of close family. And so the songs on Nishnabotna come from a personal place, home in Shenandoah, Iowa when home was a place of grief as much as it was comfort. Yet, the songs are an even keel on the rocky waters of the album’s namesake river.

Songs like “Country Rose” and “Gainesville Girl” digest a kind of rural-flavored heartache and deliver it to the audience as soulful, unflappable country. And this feeling is helped along by increased tinkering within Cox’s full band, endowing stripped songs with drums and bass that hold their hand through the more somber moments. Inevitably, Cox’s husky drawl will carry them upward at the end of things, its own kind of reconciliation. In short, Matt Cox the singer would never strand Matt Cox the songwriter.

Nishnabotna was released two weeks ago on Sower Records. You can see Cox Friday at Zoo Bar with Jack Hotel, Gerardo Meza and The Bottle Tops, but right now he joins us on Hear Nebraska FM.