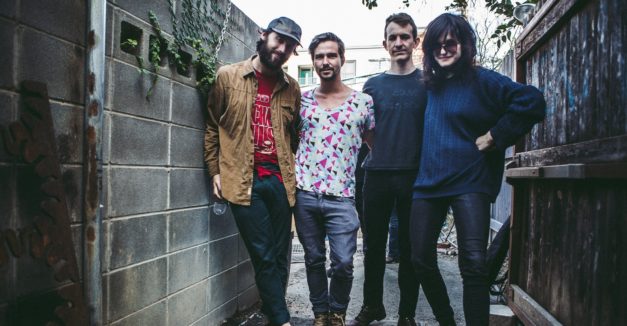 The emotional pleasure you get from Big Thief’s debut album — and the bizarre pleasure of sadness in lyrical music done just right — lives in Adrianne Lenker’s snapshot poetry. They’re quick flashes of awakening, brief moments of, if not clarity, then acute feeling in a three-minute picture frame. The surrounding (photo) album from the new Saddle Creek band, though, resists patness with roguish guitar parts from Buck Meek, strange home recording outros and melodies that sometimes veer away from prettier resolutions. At least a bit then, the album title functions as a wink.

It presents sensibility in-progress too — folk and rock are in attendance, but folk-rock is absent. There are bass and guitar parts that belong in dirty garage rock songs and the funny, yet weep-worthy chorus of “Paul” owes its heritage to the couplet humor of classic country.

With Masterpiece, the Brooklyn quartet has arrived with an intermittently brilliant and often curious debut, somewhere at the hazy crossroads of smart and spontaneous. It can be both, of course, but not without some aesthetic battling.

Listen in as our On The Record podcast team reviews Masterpiece below:

Catch up with the latest On The Records episodes with our playlist below, which includes releases by Jack Hotel, Powers, Josh Hoyer & Soul Colossal and more: