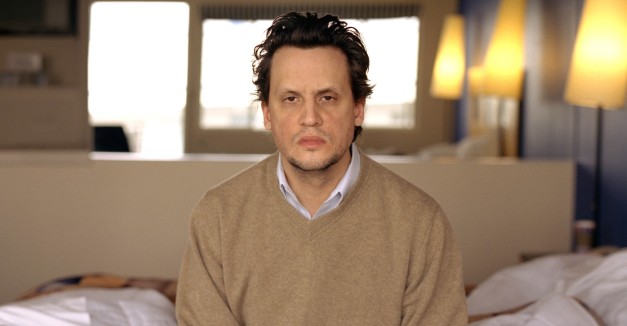 Mark Kozelek had a banner year in 2014, but it was less like an explosion and much more like the final turn in a slow revelation, like driving toward a mountain range. Small bumps on the horizon slowly dwarf surroundings as the natural force of Kozelek’s songwriting comes into focus.

On Monday, he performs at Vega (RSVP).

Sure, there was the whole fuss with The War on Drugs back in October which was hilarious, pointless or disrespectful, depending on what kind of discourse you want from your artists. But months before that, Sun Kil Moon, Kozelek’s primary songwriting vehicle since 2003, released the best work he’s ever done in Benji.

The album met nearly universal critical acclaim and it certainly stands as one of last year’s smartest and most moving records. Pitchfork named it one of the top 100 albums of the still-young decade. In its treatment of death and aging, a steadfast theme, Benji is unflinching. Kozelek’s plain, anti-poetic treatment of life’s mundane details (suburban Panera Breads, burning trash in the yard, playing Scrabble with Mom) will have you either laughing or weeping for unnamed tragedies.

But the mountain range in which Benji sits highest appeared on the horizon more than 20 years ago when Kozelek moved to San Francisco and started Red House Painters with drummer Anthony Koutsos. It’s since then included a slew of good albums (and a minor role as Stillwater’s bassist in Almost Famous) that all point toward Benji.

To catch you up in time for Monday’s show, here are five of our favorite Kozelek songs.

One of the most ear-catching songs on an album full of ear-catching moments, “Jim Wise” is the quintessential Benji track. A catchy, repetitive melody backed by a simple, sometimes sunny instrumental arrangement, finds Kozelek recounting a visit to family friend Jim Wise. They bring him Panera, talk about cars and warehouse jobs.

And, oh yeah, the chorus: “Jim Wise mercy-killed his wife in a hospital at her bedside, and he put the gun to his head and it jammed and he didn’t die.” He’s probably going to go to jail soon.

Kozelek reports the facts as coldly as Camus’s Meursault might, but there’s empathy in the sweet and effortless melody. He creates the perfectly reasonable sense that this could have happened to anyone.

The account’s true-to-life nature, The Doors’ records and knee replacements, creates a backdrop into which Jim Wise’s tragedy tries, and fails miserably, to blend.

Kozelek has arranged his share of covers, including 2001’s What’s Next to the Moon, made entirely of Bon Scott-era AC/DC songs. In 2005 he took the same approach to 11 Modest Mouse tracks, at least one track from each album released to that date.

Almost any song from Tiny Cities could take this spot. His interpretations take the original compositions from erratic, garagey and often unhinged to a more level and ambient dreamscape. On “Trucker’s Atlas,” little but Isaac Brock’s original lyrics remain. The song, which originally blurs the line between truck driving and metaphorical meth use (and probably means both), becomes more like a dazed abuser’s foggy dream of literal escape.

If any element of Benji, aside from its craftsmanship, could be called triumphant, it’s album closer “Ben’s My Friend.”

It’s an honest and graceful confrontation of aging and middle-age with a nearly exultant chorus. Kozelek is stressed about finishing the album (the one we’re listening to). But feeling uninspired. He name drops Panera Bread again. His sister is dating a deer hunter and he goes to see The Postal Service. Frontman Ben Gibbard is his friend, but he can’t help feel a little jealous and competitive about the younger man’s success.

Eventually he goes home, skipping “a backstage high-five.” A few days later, he’s back to putting in 12-hour studio days. A day (or several months) in the life of an aging career musician.

The track is a five-minute version of a universal experience — feeling out of place, out of touch for life’s trivial details. Eventually, it all comes back around.

Consider it a kind of warm-up for the themes on explored on Benji. It’s straightforward and unpoetic, but not quite movingly so. “Sunshine in Chicago” is the inward-probing of a young man (though Among the Leaves came out just three years ago) too self-concerned and unsure to yet cast an empathetic eye on those around him.

Here, Kozelek is the protagonist. On most of Benji, he’s the conduit.

Taken on its own, it’s an interesting, plain-spoken song about aging as a musician and evaluating one’s place in the context of personal history. But in context and hindsight, it’s a stop along the way.

Let’s call Kozelek the protagonist of his own career, then “Sunshine in Chicago” is character development with a worthy payoff.

Kozelek has maintained that there is little effective difference between Red House Painters, who released albums through the ‘90s, and Sun Kil Moon, but it’s hard not to infer some separation. It may be a product of nearly 30 years between Kozelek’s inception as a musician and now — artists, people grow and change.

And so on Rollercoaster (or Red House Painters I), Kozelek plays more the oblique-poet than the every-man mirror. Rollercoaster, and specifically its title track, asks that, rather than see yourself, your own life, your own mortality, in the specific details of others’ lives, you fill out some of the details.

“Looks like from here on out, it’s just me and you,” the track closes almost ambiently. What it means is mostly between you and Kozelek.

Still, it’s not without Kozelek’s desolate humor. With melodramatic lyrics, the instrumentation might come dangerously close to the wrong side of Counting Crows. But the opening line: “There’s my favorite rollercoaster next to the blue water, the one only sissies ride.”