Omaha’s Make Believe Recordings fosters a wide range of local artists, including emcees, producers, singers and bands, and they try to help musicians push their art forward while maintaining their unique sounds. Once a year their comprehensive show takes stock of what each artist has been up to, giving audiences a chance to see what the label’s musicians have been exploring and where they’re headed.

“We aren’t trying to regurgitate the past or even take a strong influence from what has already been done here,” says co-founder and label artist Keith Roger. “We are trying to help artists who want to rise to the top in a new way.”

On Saturday Oct. 3 Make Believe Recordings is throwing their annual new music showcase, but they say it’s not so much a concert as it is a family party (RSVP here). Performers include Conchance, BOTH, Sam Ayer & The Love Affair, Lightning Bug, Sam Martin, Third Eye Merchants, Black Jonny Quest, Dojorok and Kethro.

While it’s been a slow year for releases, Rodger (aka DJ Kethro) says it’s been a busy one for creation. He notes that the Make Believe roster has been working hard on projects for 2016, and that with two records ready for release and three others currently in production, the timing was right to give fans a peek at what’s coming.

That includes a range of music wider than what some might expect from a small label run by—and featuring—a close group of friends and collaborators. There’s a strong hip-hop presence, with emcees Conchance and Black Jonny Quest taking the mic and Kethro and Dojorok producing, plus duos Both and Third Eye Merchants holding it down on both fronts. Then there’s Sam Martin’s folky, poppy sound; Lightning Bug’s juxtapositions of spare melodies, driving riffs and passionate, horn-laden soul of Sam Ayer and the Love Affair.

But the stylistic breadth covered doesn’t impede unity among the artists. They work with different sounds, but at the end of the day they’re all making music.

“The entire roster is like a family to me. Music is our language. It’s what brought us all together in the first place,” Kethro says. 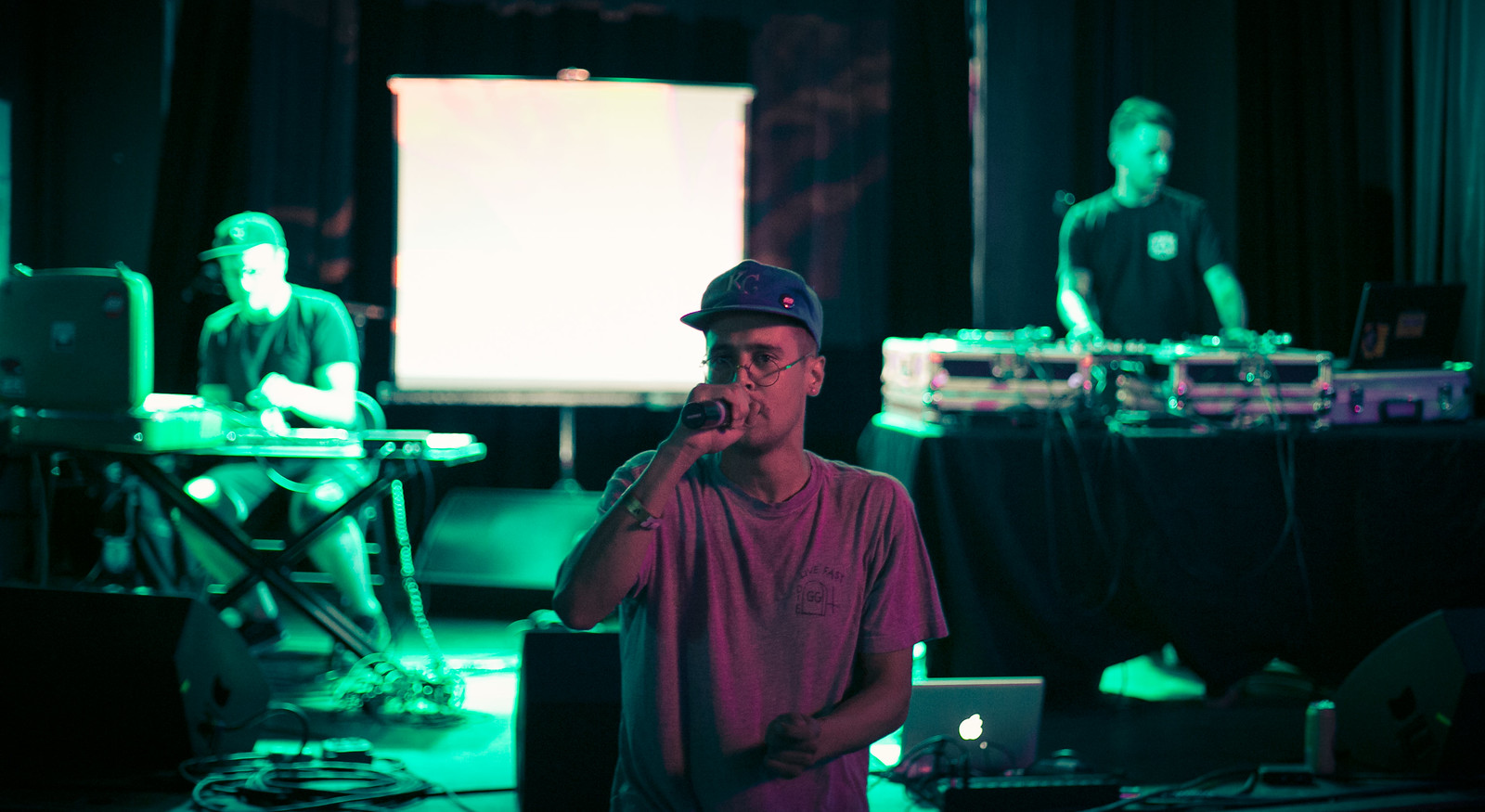 That coming together happened in the spring of 2012, when Make Believe the label grew out of the recording studio of the same name. Kethro says he and co-founder Rick Carson started the label after seeing groundbreaking artists they cared about record in the studio but have trouble getting their music connected to an audience. They wanted to see those musicians succeed, and saw a way to make that happen.

“We realized that there weren’t very many sustainable labels in the city that are able to help artists who come from the avant-garde side of music,” Kethro says. “We believed we could create a home for these artists to grow into their own and shine in the world.”

For Make Believe, that means unity in pursuit of new creative paths, whatever genre a given artist might work in. They eschew a dogmatic approach to style, welcoming artists who have disparate sounds but who share a drive to create something fresh. Nurturing that drive is key to Make Believe’s mission.

“The artists we work with are some of the most innovative in their fields and I will always continue to assist them down their paths,” Kethro says.

Looking ahead to the showcase, he says that while the music on display is a serious artistic endeavor, the point of the event is celebration. Everyone on the label has striven hard to create it, and the energy will match that.

“I think what the public should expect is a party, not a show. We encourage you to completely let go as you listen to the chaos unfold before your ears,” Kethro says with a smile.

With the label’s mission of musical progress as a guiding force, Kethro is enthusiastic and unequivocal about what he’s looking forward to most on Saturday.

“We will never stick to one avenue or try to create a ‘sound for the city.’ We are trying to influence the world.”