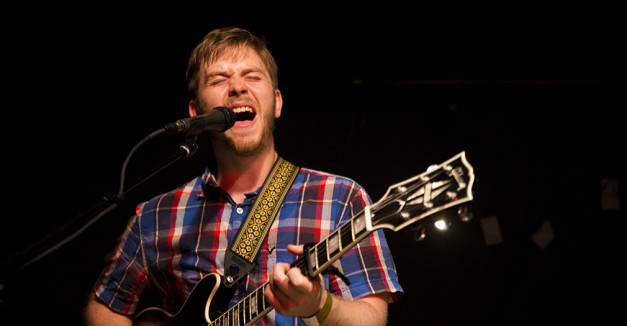 So a trio of ambient, indie singer-songwriters, an especially heavy post-punk band and a chill groove-rock outfit walk into a bar.

Yesterday, Hear Nebraska co-presented an interesting bill for a Maha Music Festival showcase at The Bourbon. In eclectic fashion, three local groups, who couldn’t have more different styles — blét, Bogusman and A Ferocious Jungle Cat — shared the stage, representing many of the far corners of the Lincoln music scene. 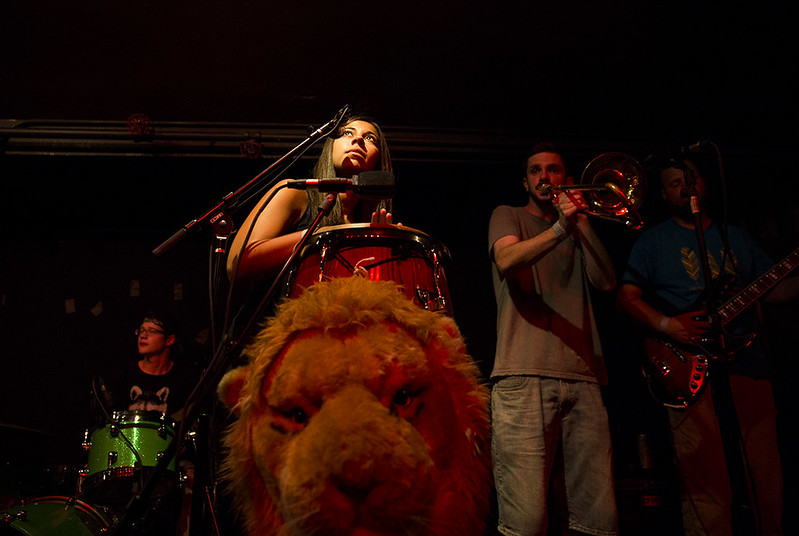 The Bourbon’s Rye Room was buzzing with  lively conversation Wednesday night. Some were chatting about the sparse, unconventional set-up onstage. There wasn’t even a full drum kit. It looked like a band stopped halfway through tearing down.

As it turns out, blét  just finished setting up, and rather than demand attention from their first downbeat, they gradually lured the audience in.

Their sound was ambient, but not tame. It was dynamic in an emotive sense, but in sheer volume, as well. Most of the set swelled with moderate intensity, but at times found itself teetering on the whitecaps of massive waves — with the bright clashing of cymbals, clap of beating drums and sweeping melodies played in unison. The thing was, you wouldn’t know how high that peak was until they were guiding you down to calm seas again. 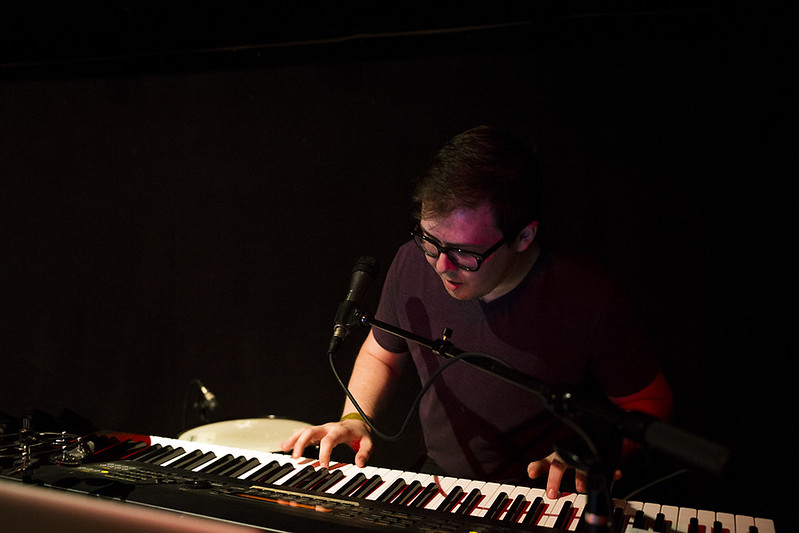 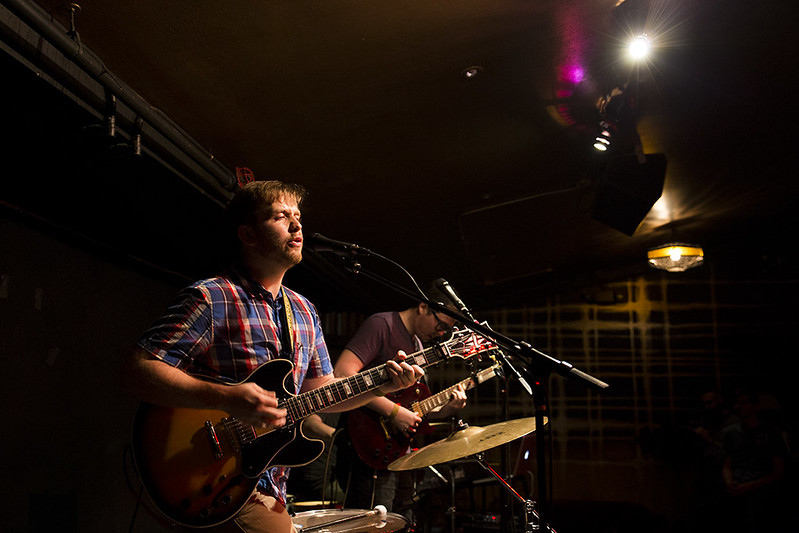 Blét is a trio, but their work is of many parts. In performance, looping devices and pedals allow them to multiply themselves, trading musical tasks of holding the root, melody, both the primary and secondary accompaniments among the three of them. Joe Kozal’s guitar expanded upon itself, deepening chords that supplied a growing rich palette for Spencer McCoy’s picked circular lines. Both were tethered by Cole Keeton’s unwavering playing, holding the root, melodic source and bassline, seated behind his Roland.

It all fit together. It may be hyperbole to claim they didn’t play a wrong note, but blét’s set sounded clearly rehearsed to high detail. This is a band smack in the middle of recording their new LP this week. The music seemed to power itself, but didn’t spin faster and faster running into chaos. 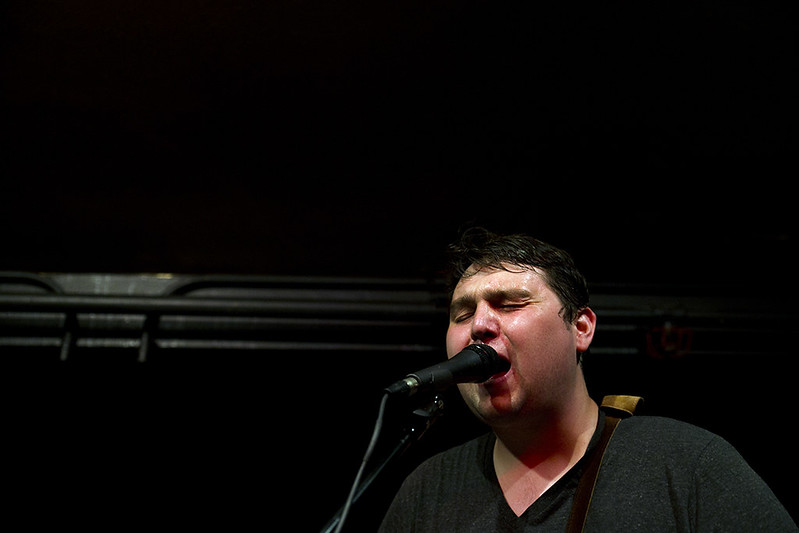 Bogusman seemed to power themselves, spinning faster and faster, running into chaos.

They pushed and pushed, darting from manic punk drives to grungy heavy rock choruses and refrains, each quicker and wilder than the last. Midway through their set, Bogusman launched into a truncated 6/8 driver that lurched forward more aggressively with each passing moment. It was like Bogusman had no time to waste with convention, so they just devoured the last two beats in the most grizzly manner. 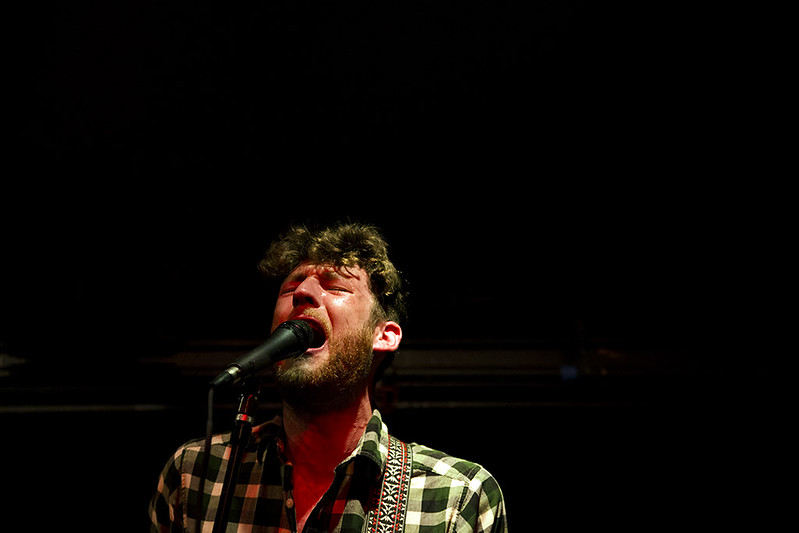 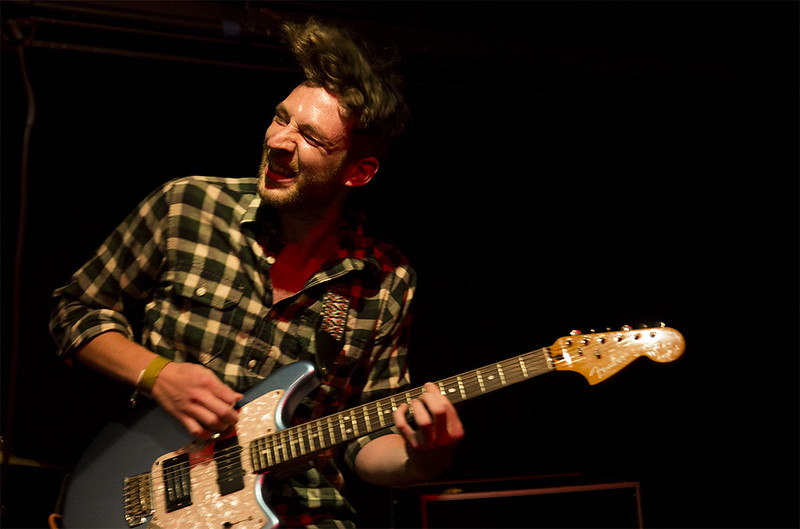 Andy Pederson in his green skinny jeans apparently played his thick-rimmed glasses off his face. His bass audibly growled, so much that it was difficult to tell where one note ended, and the other began; every note he played had so much meat on its bones. It was as if he, Nate Luginbill and Lee Lohrberg were playing with lead picks and drummer Jackson Trover’s kit was made of bricks.

It was an arresting contrast, moving so quickly from blét’s tact, pensive touch to Bogusman’s broad, brash strokes. Where every last cog of blét’s tiny gears locked perfectly, with everything in its rightful place, Bogusman’s clunky and rusty mechanics skipped a few beats or three on its way to slingshotting itself into the void.

Bogusman married the most aggressive components of rock, flipping between tempos and meters on a whim: the power, energy and volume of classic metal, the unrelenting momentum of pure rock ‘n’ roll,  the asymmetrical breaks and breakdowns of death metal and the schizophrenic structure of prog, 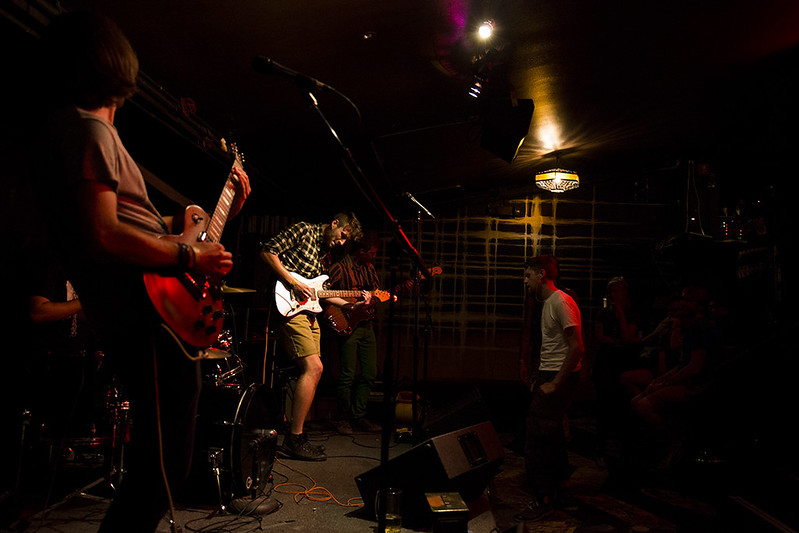 Remember that Rock Band video game trailer with an entire band riding the roof of a truck full speed on the edge of a canyon? Imagine what would happen if that truck just slammed the breaks.

They did slam the breaks, and bent sharp corners, and ripped down straightaways from zero to sixty in a blink. Whenever Bogusman would make a full stop amid a blazing run, you could feel them hanging on by their nails. You could hear the brakes squeal. (Or was that guitar feedback?)

Sound check for A Ferocious Jungle Cat gave the audience the opportunity to catch their breath and come down from the thirty-minute adrenaline rush. The band’s closing set was a welcome release.

Jungle Cat’s capping of the event made sense of the night’s strange bill. The band’s soft vibes harkened to blét’s low-paced, spacious set. But while there was melancholy and longing to the opening trio’s compositions, Jungle Cat was just as calming, but casual and leisurely at the same time. 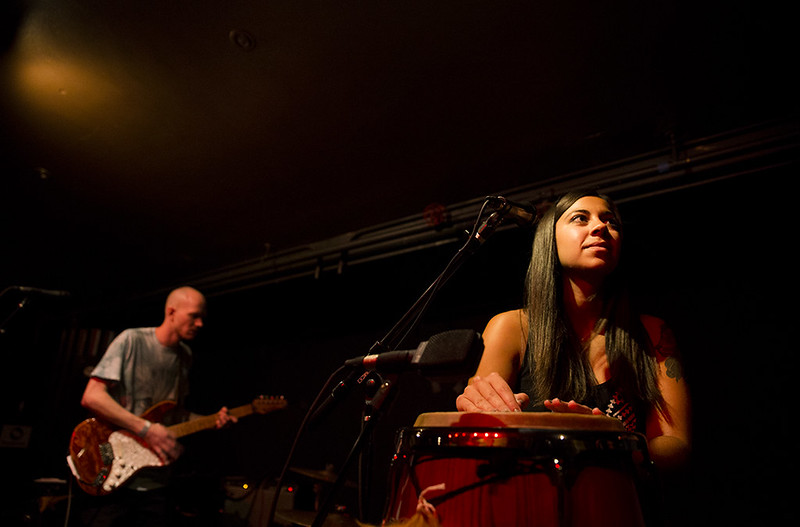 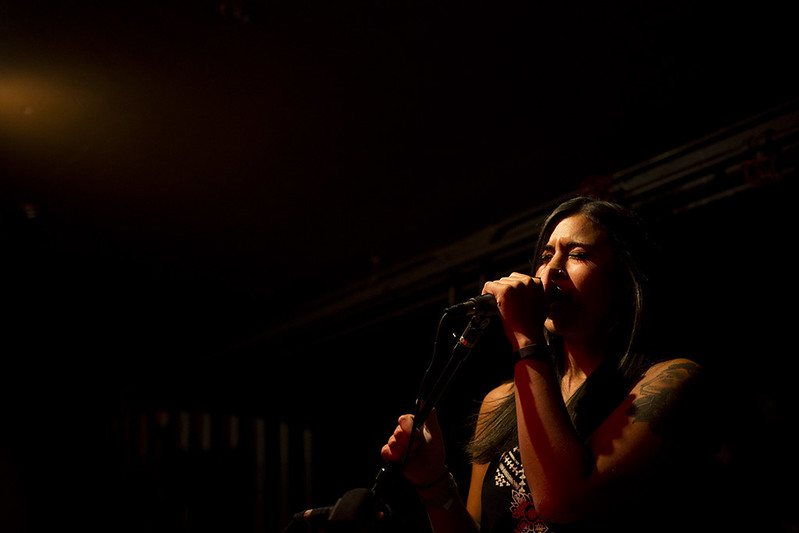 Syrupy licks and grooves thickened the air of the sunken stage, turning back the clock to the lazy and humid midsummer afternoon a few hours before the showcase began.

Most of the crowd was familiar with Jungle Cat’s jams, welcoming opening licks with hollers and mouthing lyrics — a simple sweet chaser to Bogusman’s harsh bitters and blét’s complex opening cocktail.