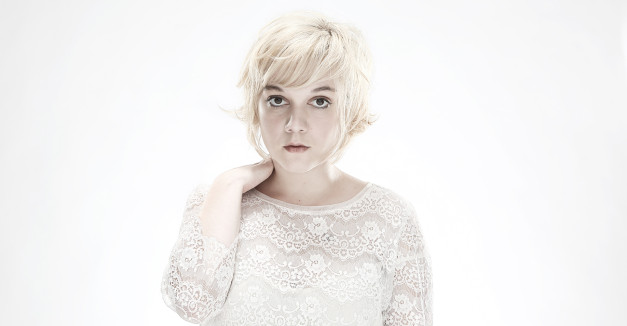 Most of the press surrounding Columbus, Ohio songwriter and bandleader Lydia Loveless focuses on what she represents: alt-country provocateur, country music rescue worker, rebel rocker. They’re adjectives and ideas that sweep up her bald-faced lyrics and exertive, drawl-tinged singing voice in a discussion about roots music both traditional and corporate.

Even those pieces debunking a tricky and forever flawed play at authenticity prolong a discussion about what (over who) Lydia Loveless is.

It’s an odd position for a young-ish artist to find herself in, and Loveless says the “image”-constructing side of promotion has always bemused her some.

“I’ve never thought myself as this … thing,” Loveless says on the phone earlier this month from Columbus home, addressing the idea she’s saving country music.

But such discourse is probably also part of the reason Loveless has a documentary underway about her, which isn’t inherently image-based, but it still asks a lot of personal excavation and reflection from someone who apparently aims only to write scores of songs and belt them out for barrooms.

Loveless says she just finished the approximately 12 hours of interviews with the documentary team from Who Is Lydia Loveless?, a team that will be with her on tour tonight when Loveless and her band come to Reverb Lounge tonight. Omaha’s Kait Berreckman opens the show. (RSVP here.)

“I’m not my favorite topic,” Loveless says. “And I actually realized I don’t know a lot about myself, when you start asking me questions. Do I remember my childhood? Of course, I do. But if most people thought about how much they think about themselves, it might be less than they thought.”

If there’s irony to the pinning of Loveless’ work to an ideological map, it lives partly in the possibility we might not even recognize the 24-year-old songwriter’s style in a couple years time. Anointings can become obsolete quickly. As little as a couple years ago, some positioned Loveless as the righteous opposition to Taylor Swift’s pop country. Loveless has said she never agreed to begin with, but consider how moot that staged battleground is in the wake of Swift’s pop opus, 1989.

And last month, Loveless shared a Facebook post from her bassist and husband Benjamin Lamb describing her recently wrapped fourth full-length record. In summing up its style, Lamb called the album “three guitars, no solos.”

From those scant details, we could infer, and Loveless confirms, an increased dose of guitar layering and texture, dissonance, perhaps a stretching of the steeley, not earthy, Americana she’s pushing on 2014’s Somewhere Else.

But Loveless points another direction, too:

And talking with the same sort of prolific attitude that yields three LPs records by age 24, Loveless says she’s already eager to break ground on a fifth record.

If she’s not her favorite topic, the ins and outs of songwriting craft peak her interest more.

A pair of the songs on Somewhere Else, were inspired — though you wouldn’t know it from just listening — by Furious Love, a book which chronicles the absurd, ever-burning love between Hollywood Golden-agers Richard Burton and Elizabeth Taylor.

“I think I might be a bit addicted to drama,” Loveless says of her interest in their relationship, but also gesturing at the dire heartsick-meets-drinking songs of her discography so far.

For someone who’s been praised for the starkness of her biting, realist portraitures, Loveless says there’s also something about finding humanity not in a morning cup of coffee, but in a moment of prolonged crisis: As in, maybe the world at its realest when it’s heightened.

“I think everyone needs a good breakdown,” she says. “Most people are putting their best face on everyday. But everyone’s been in those moments where they stop caring. I don’t know if that’s real either, but it’s certainly honest.”

Loveless says she finds the most lyrical inspiration in mediums outside music, mostly books. She’s an avowed Raymond Carver fan, which is one entry point to her audience receiving opening lyrics like, “Honey, I was just thinking about you and how you got married last June” or  “Well, For Whom The Bell Tolls is over, and now I can just sack and fade to black.”

There’s nothing resembling a ballad structure in Loveless’ songwriting, more like you’ve been air-dropped into the middle of a story: one that’s beginning is unclear, but that’s tone is solidified immediately by Loveless pained and bold singing.

“I guess,” she laughs, trying to think of the metaphor, “I’m more like crashing into the building.”