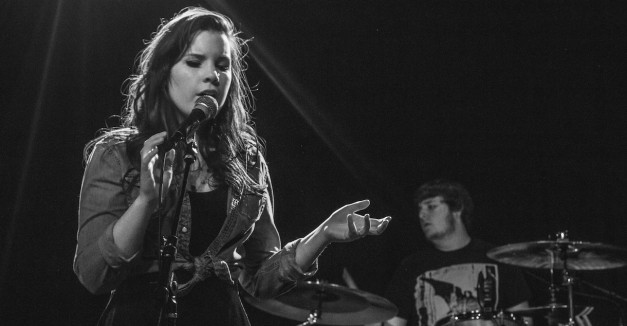 So far the music we have from the Omaha pop quintet Lot Walks is ripe for the season. Lyrically, they are beachy, youthful songs of love and its opposites. The romance is hot and its absence is cold. Same with light and dark, same with summer and winter. And it so it goes.

If the band’s pleasant and saccharine sound interlopes on more coastal vistas — California, specifically — than you’d expect Omaha young people to know, the title of their debut EP Tourist gestures at the inconsistency. There is a way in which they’re taking a trip in a sense of place that’s not theirs. But in the sense that the surf guitar, walking bass and foregrounded vocals are universal qualities of pop music the last half century, Lot Walks feels sun-soaked even 1500 miles inland.

The song “Californ I A” from that EP, released last October, even gestures at the illusion: the pools and the swimsuits are a dream nobly backed by a band that seems intent on squeezing every drop out of sweetness out of the surf pop and then chugging it to keep cool in the heat.

But what Lot Walks might become, given their relative youth and the fact that they’ve recently added Minnesota transplant DJ Jordan as a second guitar player, remains to be seen. They’re in the process of recording their debut LP at Power Base Studio, the spot where they tracked Tourist in the middle of last year.

The LP is slated to be released this summer and you can next see Lot Walks on July 17 at Slowdown at 9 p.m. with Prawn and Tie These Hands. But right now they join us on Hear Nebraska FM for a live performance. Ladies and gentlemen, here is Lot Walks.