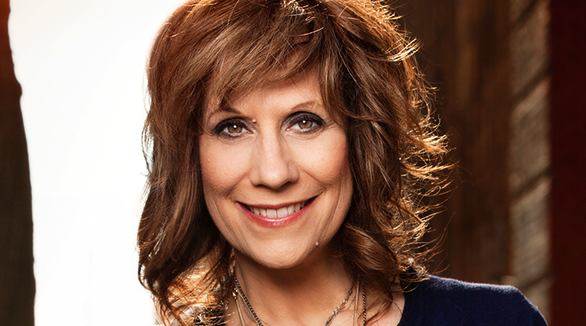 Effective comedy makes people reflect, turning the joke inward, making individuals focus on the why that was funny rather than the what was said. It’s a personality tests of sorts, gauging what our laughter says about our values and our morals. Effective satire should do the same culturally, probing propriety, peeking behind its veil and creating a digestible dialogue.

Comedian Lizz Winstead doesn’t just want you to think and reflect, however, she wants you to act. The co-creator and former head writer of The Daily Show is no stranger to effective political satire, co-founding liberal radio station Air America and co-hosting  mid-morning political commentary show Unfiltered, with Rachel Maddow, making a name for herself as an integral voice in many hot-button discussions.

In 2012 she decided to use that voice as a call to action, co-founding the Lady Part Justice League, a non-profit organization made up of fellow comedians, artists, and activists raising awareness about reproductive rights through comedy. On June 2 of this year, the group hit the streets with its first Vagical Mystery Tour, 16 cities in the span of just 8 weeks.

“I actually did a few one-off shows, myself, two years ago but it wasn’t enough,” Winstead says. “I wanted to do something more, something larger, which is where the tour came into play.”

Filled with music, dance, and skits poking fun at our current political climate, the 90 minute United Service Organization-styled comedy performance certainly entertains, it also hopes to inform, destigmatize, and expose critiques of abortion and reproductive rights where media does not. After every show, the League includes a participatory talkback with a local provider.

“After a fun night laughing together, we want to end the evening with a conversation,” Winstead says. “This way each community can hear the needs of the providers themselves.”

When it comes to support in smaller communities [like Omaha] Winstead says, “the activists are there, but they’re trying to do everything, putting their energy everywhere, what we can do is give them the tools to focus that energy.”

The LPJL members and volunteers also visit clinics in each city stop, giving a helping hand wherever needed, whether it be an escort service, building fences, bringing or preparing meals, or just offering to spruce up the place.

“Simple things like gardening, window cleaning, painting — things like that — they’re sometimes boycotted by some companies because of what the clinic does,” Winstead says. “So we go in and help them do the small things. It is a place of health care, and it deserves to look nice”.

But the biggest thing, Winstead says, is that they’re there. A common thread of the tour has been how surprised clinics are that they take the time to visit, setting them apart from most benefits who hold dinners and donate without spending the time to see the daily routines and interaction with the people come to them for help. And if they can make a few people laugh along the way? All the better.

“Humor unites, it energizes, and creates a community,” Winstead concludes.

The Lady Parts Justice League will be in Omaha Saturday, June 17 at Reverb Lounge beginning at 7 P.M. (Get tickets here). Winstead will be joined by Ian Harvie of comedy series Transparent, Joyelle Johnson and Alex English of Night Train with Wyatt Cenac, Aparna Nancherla from HBO’s Crashing, and Tina Schlieske of Tina and the B-Sides.

To find out more about the Lady Part Justice League and their work, visit their website.