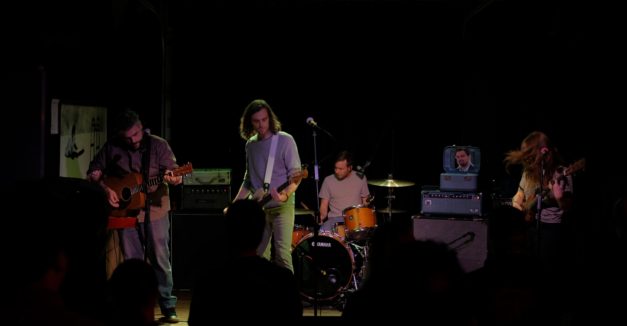 Between songs in the second half of Lemuria’s set, vocalist-guitarist Sheena Ozella laughed and said to the crowd loosely clustered around the Slowdown’s Front Room stage, “Isn’t it amazing people can be friends for more than ten years?” The punk-pop/indie band had just ripped through “Get Some Sleep,” a minute and forty-five second burner and the ninth track on their debut full-length Get Better—an album that, given an early leak in 2007, will turn ten-years-old in 2017. Ozella looked back to Alex Kerns (vocals, drums), and Kerns shrugged. Then he clarified; he and Ozella—the original members and longest lasting core of Lemuria—have known each other and played since middle school, closer to two decades now. And through a series of different bassists, EPs, splits and the one LP, Ozella and Kerns have managed to keep on together in a way the dysfunctional subject matter of their collaborative songwriting often belies. 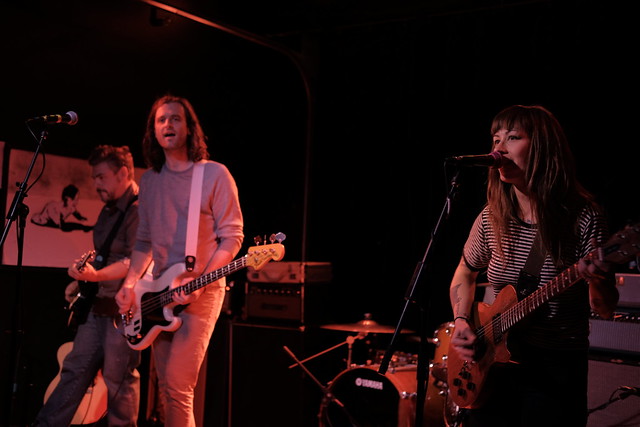 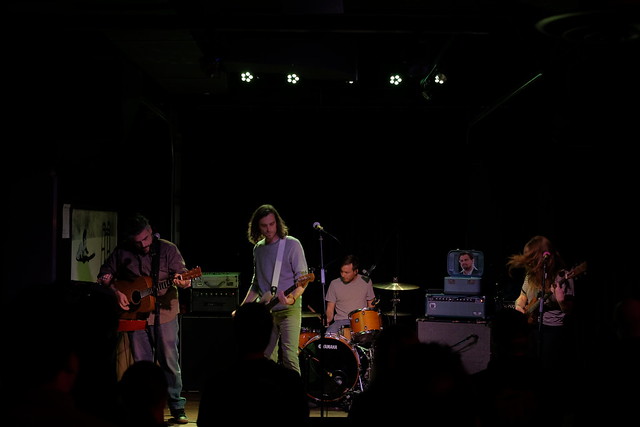 Isn’t it amazing people can be friends? The idea itself is not exactly a subject of much rumination in Lemuria’s discography, but the surprise in Ozella’s question, that small sense of joy and relief at the improbability, reveals an underlying assumption that does seem to weigh heavy on the band’s brief and explosive songs: when it comes to life and people together, things don’t typically work out. Things don’t always get better. Sometimes—through break-ups, death or otherwise—things simply end. And it’s the reaction to this sense of dysfunction that empowers and embitters much of the trio’s music—poppy and catchy as it is.

At the Slowdown Sunday night, with openers Cayetana and Mikey Erg, Lemuria celebrated their album’s anniversary as much as their own continued endurance, blazing through the entirety of Get Better along with a few tracks from some of their earliest material.

Mikey Erg (Mike Yannich) opened the show while the evening’s crowd continued to trickle inside. Known for his involvement in a long, long list of other groups (The Ergs!, Star Fucking Hipsters, Worriers, and on and on.), Yannich is a slight figure in a beanie cap and black-rimmed glasses that slide down his face whenever he starts jumping—and which he pushes back on by pressing his face against the microphone. He has a raw, nasally voice, and performs his fast-paced punk rock in near-constant animation, matching the emotional intensity of his power chord-slamming hooks with a stage-bounding physical enthusiasm. It’s a compelling and vulnerable stance, this lone guy with an electric guitar, big song structures to take on and no backing instruments. 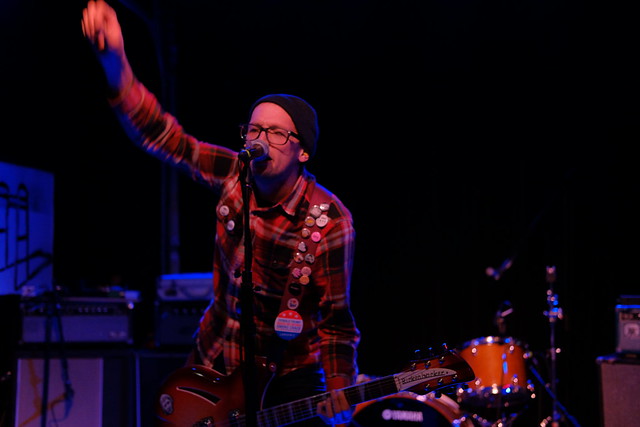 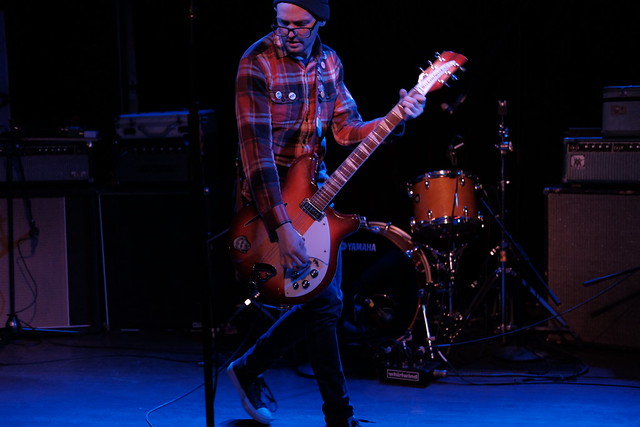 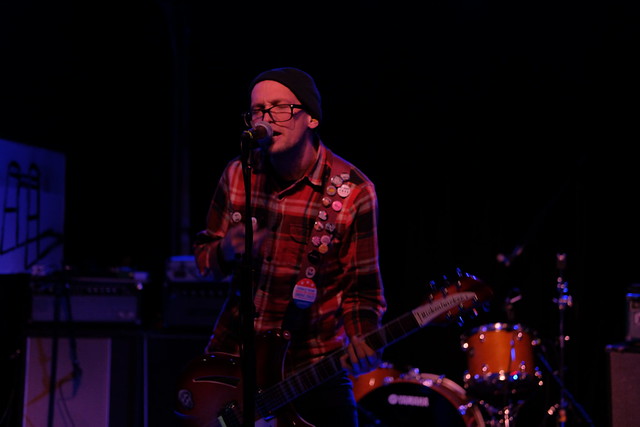 Yannich played a slew of tracks from his latest and first solo effort, the punk-powered Tentative Decisions. While most of the tracks were built for and recorded with a full band, Yannich said he doesn’t mind stripping things down, letting the high-distortion melodies of his guitar ring a little clearer when they’re on their own. Erg’s is music full of an angst similar to Lemuria’s—full of relationships that have come to an end or that never got off to a proper start in the first place. In his closing song, “Comme Si About me,” Yannich shouted, “I wish you loved me and blah blah blah/And I wasn’t lonely blah blah blah,” repeating them while he steered his guitar into a sharp frenzy. It’s a less earnest, more self-aware take on some of the same territory Ozella and Kerns have covered. Along with the solo material, Yannich also played a couple one-offs like “Jazz is the New Coke,” a snappy punk song by his old band, The Ergs!

In the quiet that followed, Cayetana—a three-piece Philadelphia outfit—took the up-close and intense atmosphere of the room and spun it into their dreamy, melodic blend of indie-pop and garage rock. The band is led by Augusta Koch on vocals and guitar, with Allegra Anka and Kelly Olson on bass and drums. Koch’s brassy voice invites comparison to Courtney Barnett, as well as the lower registers of another Philly band’s lead singer, Frances Quinlan of Hop Along. There’s a stoutness in the voice and, simultaneously, a brittle quality that lifts off the steady, thumping instrumentals of Olson and Anka. They opened with a dancy “Mountain Kids” from their first full-length, Nervous Like Me, and followed that up with “Certain for Miles,” a song off an upcoming album. 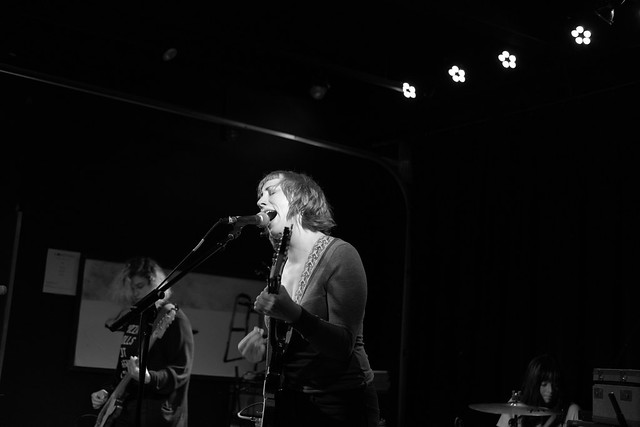 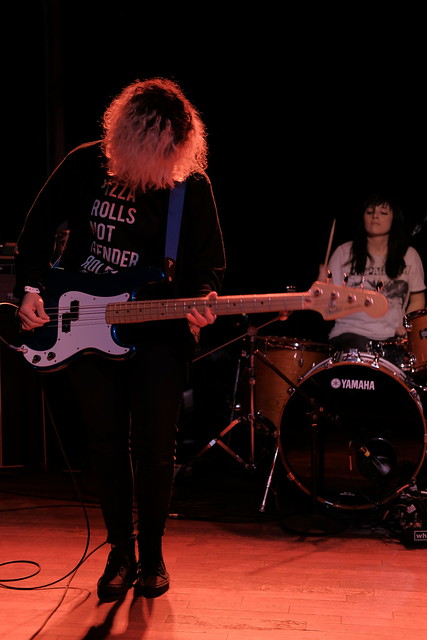 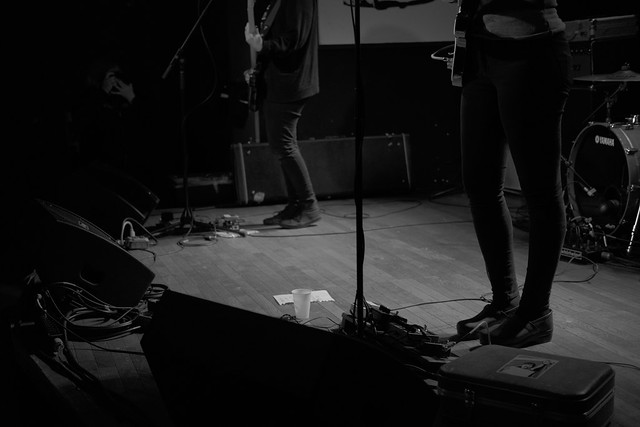 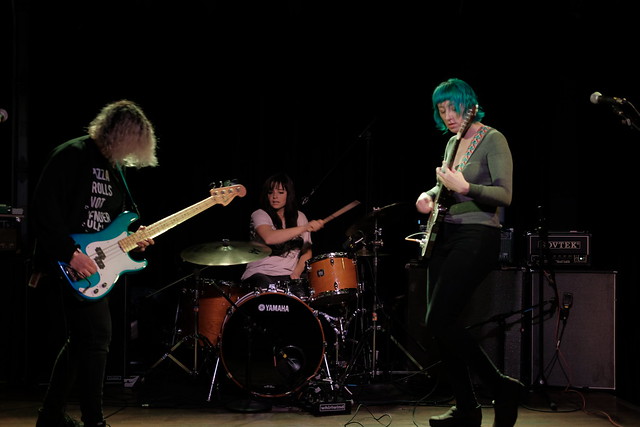 Throughout their set, the atmosphere remained laid-back and generally groovy, with Koch riffing on Shrek between songs and Olson praising Omaha’s Modern Love restaurant (a note of appreciation the members of Lemuria would take up during their own set). Lyrically and tonally, Cayetana is a little softer on the nerve-endings than Erg. And their songs presented a more abstracted, less-heated counterbalance to Lemuria’s diary-page shredders and Erg’s aggressive style. Songs like “Hot Dad Calendar,” “Serious Things Are Stupid” and “Scott Get in the Van, I’m Moving,” certainly tread similar themes, but in delivery, there is a slight remove, a neutralizing element in the soft melodies and comfortable rhythms that’s not present in the more chaotic structures and compositions of Erg and Lemuria.

Or, flip that. Lemuria’s eschewing of broader, more traditional song structures, the break-neck pacing and emo-influenced movements reveal what they ought to: little flashes of emotional immediacy, brief glimpses of just what it felt like. As in “Mechanical,” the final song on Get Better, when the effort to communicate something simply breaks down and Ozella begins to sing on repeat, “Shut up! Shut up! Shut up!”

With Max Gregor on bass and Tony Flaminio on keyboards and guitar, Lemuria flowed along the shape of Get Better as a whole, opening with one of the album’s sweetest songs, “Pants.” From there the vocals alternated between Ozella’s and Kerns’, drifting through the familiar song-to-song rhythms. The transition from “Dog” to “Dogs,” remained as seamless as it was shocking in the change-up, and after “Dogs” the band transitioned, again without any break, into “Get Some Sleep,” an effect to take one’s breath away. It was a fresh experience of an old thing, an inadvertent kind of rediscovery or reappraisal on a night that could have felt colored by the pretense of nostalgia. 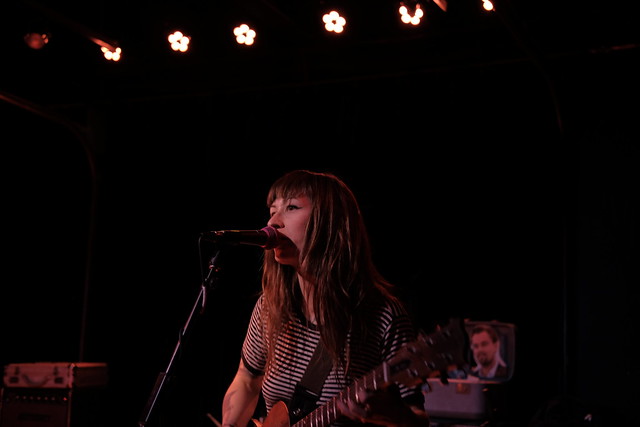 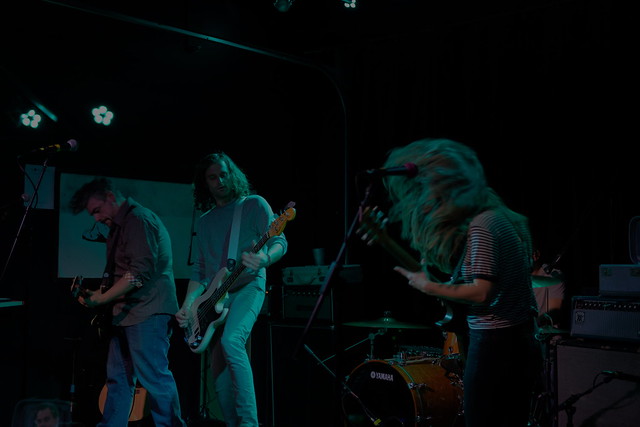 The final songs of Lemuria’s set came from two side-releases: The First Collection, a group of recordings from 2005-2006, and from the 7” Turnstyle Comix #3 EP. Ultimately, they closed with “In a World of Ghosts,” another track that runs for less than two minutes. It’s a rapid-fire shout of indecision at a classic dilemma: the long-distance relationship. “The telephone’s not enough to keep this together,” Ozella sang. “But when I’m with you everything’s perfect. Goddamnit, with you things are perfect.” It was a culminating touch to the show, a blend of its emo and high-speed punk, as despondent in subject matter as it was unrelentingly catchy in sound. In a word, it was cute. Like when Ozella turned the question of longterm relationships to the audience, asking if anyone there had friendships that have lasted more than ten years. A few raised their hands. Two of buddies were there together. “Oh,” Ozella said. “That’s so cute.”