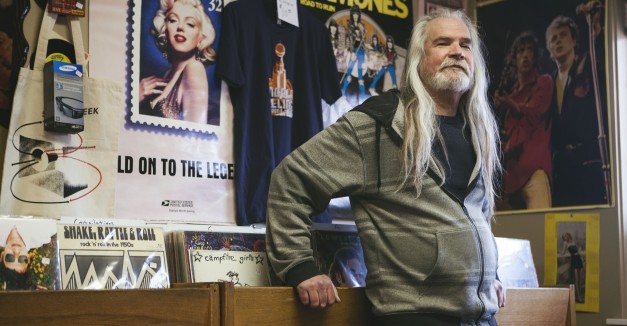 Long before Les Greer opened his own shop, and before Recycled Sounds or Homer’s, there was Dirt Cheap.

The Lefty’s Records owner fondly remembers it from college in the ’70’s, when he and his UNL buddies would flock down to the former record store to pick up the new Roxy or Bowie LP and return to their dorm for a listening session.

In 2011, Greer established Lefty’s in the midst of the vinyl revival. In each year since, the shop has continued growing its collection as its customer base expands and diversifies along with it. You can find everything from Record Store Day goodies, used records to new, country to hip-hop and everything in between.

“I enjoy turning people onto to music they haven’t heard before,” Greer says.

We visited with Greer at Lefty’s 27th and South location to talk about his record-listening roots, the Nebraska music scene and whether vinyl’s comeback can sustain itself.