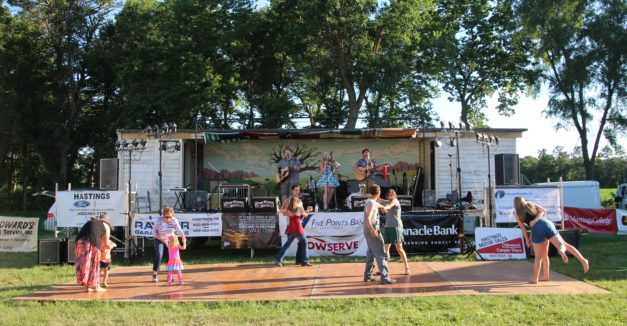 Flatwater Music Festival sits on the cusp of its 10th anniversary, a decade of outdoor appreciation and folk music sewn into the Prairie Loft Center acreage which sits roughly three miles west of downtown Hastings. But when it first emerged in 2007, it did so off-the-cuff, with the very simple goal of gathering local and touring musicians simply to jam.

After 10 years, the tangible positive energy is present throughout every inch of the festival grounds. Attribute that in large part to its educational music workshops, its predominant folk lineup — this year featuring The Talbott Brothers, The Wildwoods, Bonnie & the Clydes and more — and the open jam session spots throughout the Prairie Loft grounds, a throwback to its origins. It is an event that emphasizes cultural connections, agricultural appreciation and outdoor education — pursuant to Prairie Loft’s Mission.

“It’s changed from an experiment into a festival,” Sandeen says. “We’ve learned so much about providing the right kind of energy, getting all kinds of people together, making cultural connections for everyone, providing something that everybody can get into.”

Sandeen came on for Flatwater’s second year, bringing from Minnesota years of experience playing in bands at festivals just like this one. A Hastings native, she had lived in the Twin Cities for 18 years before the job drew her home.

She says one of Prairie Loft’s “subversive” missions is to teach Central Nebraskans how to participate in a weekend-long event like this one — or “festival” as she puts it. Over the years, they’ve gotten pretty good at it.

“You go to Red Rocks (Amphitheater) or a dance festival and there’s a hat you put on, whether you’re a musician or an audience member,” Sandeen says. “We’ve found it really successfully at this festival.”

Now, she watches the license plates roll in from all over neighboring states. Attendance has grown from 68 to more than 1300 last year, indicating the success and progress of what has become a tri-cities mainstay.

“It’s morphed into an annual destination for a lot of folks,” Sandeen says.

This year, Flatwater Music Festival opens with a pre-party Thursday, June 23 from 6 to 9 p.m. Hastings American group Gracie’s Uncles (of which Sandeen is apart) will perform in the barn at 7 p.m., with food and cash bar available at 6 p.m.

Friday night, Andrea von Kampen kicks-off live music on the patio at 6 p.m., followed by The Bottle Tops and The Talbott Brothers on the main stage. Food and art vendors and the beer garden will be open from 6 to 11 p.m.

Saturday, Nebraska Arts and Humanities Council speak Oscar Rios Pohirieth highlights the educational sessions with a talk about Andean Folk Music. The Wildwoods will also lead a musician’s workshop session. That night, the main stage hosts The Wildwoods, The Railsplitters and Bonnie & the Clydes. 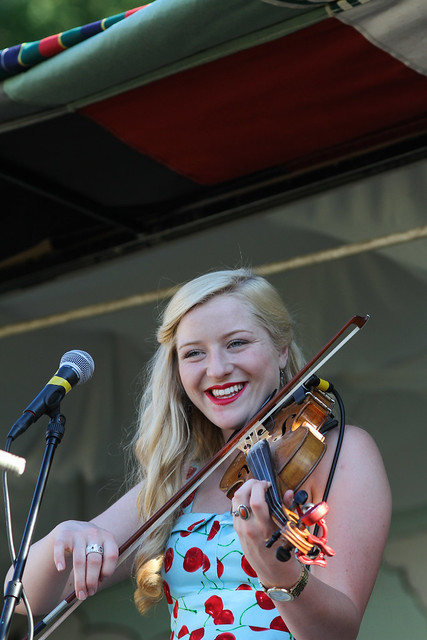 See the main stage performance schedule below, and find a list of vendors here. Admission to the pre-party is by free-will donation, and Friday and Saturday day-passes are $10. RSVP here.