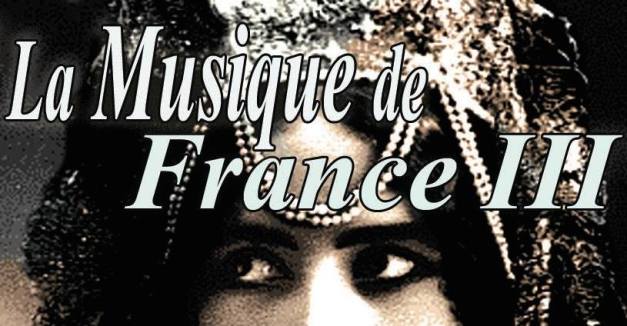 Producers of the Word has never quite landed on a signature style.

On the most recent release, Precinct XYZ, the band jumps between genres as varied as folk-rock, surf rock, baroque pop, metal and more, like they enjoy them all too much to make any exclusions.

Tonight, Producers of the Word expands that cross-cultural experimentation to another language at The Zoo Bar for La Musique de France III. RSVP to the show, a benefit for Cedars Home for Children, here.

The show features Producers of the Word (who will perform as Les Leis) with an ensemble of friends and Rich Musical Vibes (RMV), a Lincoln group that plays West Indies music. Both groups will be playing sets entirely in French, as well as some instrumental French tunes.

The first Music of France event, at Cultiva in Summer 2012, was crafted around Stovall’s infatuation with French music and the desire to stage a showcase for styles that the Lincoln community hadn’t seen before.

In most contemporary pop music, lyrics ground a listener more in what a song is about than how it feels. Foreign language lifts that anchor and allows more free-engagement with a piece.

“My dad had a Jacques Brel record,” says Stovall, who studied French through high school. “I remember digging through his records and putting it on and a feeling of great weirdness just surrounding me.”

Since discovering his that music in his dad’s collection, Stovall has been digging deeper and deeper into French trends, including genres like ye-ye, a ‘60s pop heavily influenced by British beat music.

“A lot of what we’re uncovering is ‘60s and ‘70s and it’s almost like it’s out of time,” Stovall says. “There’s a different vibe in music right now.”

“Delicate” is the word he uses to describe the difference between contemporary pop and older pop. He finds a certain nuance to French pop music of the past, so much so that Producers of the Word have an original song in French that they regularly perform. You can see the band play it tonight.

Stovall also says that, in his experience, while lyrical music in a foreign language might present an initial challenge for audience-members, that challenge may only be in situating oneself. Once a listener is comfortable in the context, the effect is largely the same as music in a first-language would be.

The importance of lyrical content vanishes as the voice becomes equal to another instrument. And in any case, art should be challenging for both artist and audience.

The Music of France concerts also shine light on performers who generally don’t have the opportunity to be on stage.

“We (have been) basically just asking friends if they knew French and if they wanted to sing a song,” Stovall says.

“[Music] is a universal language. We’re all using the same notes, just in different contexts and styles,” he says.