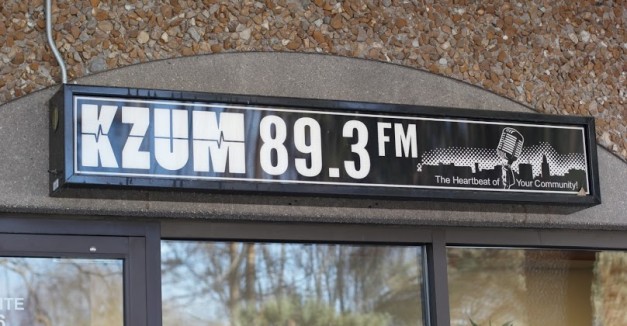 Lincoln community radio station KZUM has enjoyed a kind of heyday during the last five years of its four-decade existence.

Community underwriter support — largely comprising local business sponsorships — was up by 15.3 percent after declining over the prior three years. And in 2015, listener donations grew by 10 percent.

So the Lincoln radio station has picked up some momentum heading into this week’s Spring Fund Drive, which started Monday, Feb. 8 and ends Feb. 15.

That increased support allowed KZUM to move in 2012 from its prior downtown Terminal Building home to its new location at 48th and Calvert. The facility has allowed the station to air more than 90 diverse shows and provided its programmers with resources to better host live performances and interviews. Couple that with its renewed community outreach effort and national recognition as a promoter of blues, and it feels like a station on the rise.

Now, all of that is threatened. In 2013, for the first time in three decades, the Corporation for Public Broadcasting issued new regulations determining how Community Service Grants are distributed to national and local public radio and television stations. A letter to CSG-funded stations from the federal corporation cited “shifts in technology, audience behavior, demographics, competition and the economy” as justification.

What imminently affects KZUM is the new minimum private fundraising level for a radio station to be eligible for funds. That number has shifted on a sliding scale during the past three years, from $100,000 in 2013 to $300,000 in 2016.

KZUM, a radio level B station, has missed the CPB minimum fundraising requirement each of the last two years. It must raise $300,000 this year to stay eligible. | graphic courtesy of the Corporation for Public Broadcasting

Despite ramped up pledge efforts, KZUM has failed to meet those new baseline standards the last two years. CPB funding cuts work on a three-strike basis: Stations not raising that amount on their own are dropped from the Community Service Grant program.

“As broadcasters, public broadcasters in particular, we are really struggling to stay relevant in a very competitive media landscape,” says Erika Pulley Hays, CPB Vice President of Radio. “It was time to look at our policies and adjust them so that stations can not only remain viable and sustainable, but competitive and meet their community needs as well.”

The Community Service Grant program was founded on a matching principle, which was intended to encourage public stations to become viable on their own. A pair of independent CPB-commissioned studies in 2012 found that a minimum of $300,000 was required by the average public radio station to be self-sustaining.

The CPB, which was founded in 1967 with the goal of supporting public television and radio stations, currently funds roughly 545 public radio and television stations across the nation.

Stations that cannot maintain that level of funding would be dropped from the program, eligible to reapply only after meeting federal guidelines. And as in KZUM’s case, there is little recourse for those in areas with overlapping neighbor signals from stations meeting current minimums; theoretically, such stations would fill the void left in KZUM’s absence. Those include NET radio in Lincoln, NPR affiliate KIOS Omaha and University of Nebraska-Omaha station KVNO.

Should KZUM find itself unable to raise $300,000 by September, it stands to lose out on roughly $70,000 in annual funds. Currently, it has raised roughly one-quarter of its mark.

It’s why the station has become more intentional about fund drives, specifically this year. In 2014, it scaled back from two multi-week events to three one-week drives in 2014, and has put more time and resources into training volunteer programmers from its 90-plus shows.

In the weeks leading up to this fund drive, Evans has led meeting after meeting with volunteer to set goals and solidify on-air pitches. All week long, programmers are asking for listener donations to help support KZUM, either by calling in or visiting its website’s donation page here.

“When I first started here as a volunteer 11 years ago, it was strange for me at first and I didn’t like asking for money,” Evans says. “But … that’s the only way in which something like this stays around is by raising money from the people who use it.”

In order to help preempt funding cuts, KZUM has also stepped up efforts to demonstrate its value and connect directly to the community. Development Director Shannon Claire’s recent hiring has boosted underwriter support, giving continuity to a position that at times hasn’t even existed there.

Claire says she started with a stack of papers roughly two inches thick filled with underwriters whose contracts expired or with whom the station lost touch. Since then, she’s brought the likes of Gomez Art Supply, Ivanna Cone, Indigo Bridge Books and others back into the fold, along with new supporters like Cultiva Coffee and G & G Smoke Shop.

“I felt that was something I could contribute from the relationships I’ve been able to cultivate over the years,” says Claire, who formed those relationships while working at The Bourbon and as a freelance photographer.

Her renewed focus on local business support has also allowed the station to build on its out-of-studio programming, reaching Lincoln through community-oriented live events. In addition to stalwarts like the annual Stransky Park summer concert series and its annual Lincoln Calling showcase at The Bourbon, this winter it hosted monthly the living room music series Soup and Songs at the Ferguson House.

And now KZUM has been nationally recognized as a steward of blues music. Two weeks ago, the Blues Foundation awarded it the 2016 Keeping The Blues Alive Award for Public Radio, accepted in Memphis by KZUM’s Mike Carlin and Laura Fortney.

“I think it’s super important that we create more visibility for the station so that the community knows we’re a resource they can use,” Claire says.

Evans says KZUM will continue to pursue new and creative ways to maintain its operating budget. That includes a major emphasis this year on grants, which before now has been only a small part of its funding resources. Whoever is hired as the new GM will have about a year’s worth of reserves in the bank before new budget considerations have to be made.

With recent economic development in Lincoln and a burgeoning music scene, they remain optimistic that it won’t come to that. A successful Spring fund drive is the first step.

“We want to educate our listeners and make sure they know exactly how this community radio station operates and what is needed to make it continue to do so,” Claire says. “That way, come 2018, we’re not on the air saying, ‘Help us pay our electric bill.’”