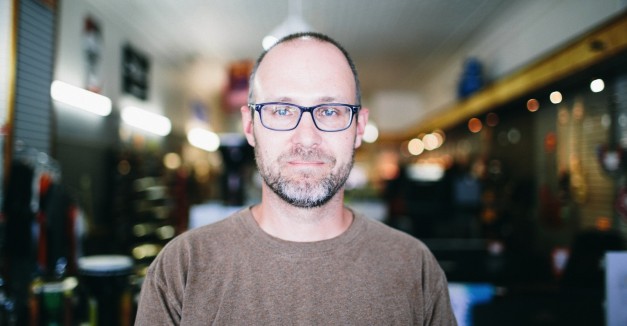 Rob Kittle sits in his cubby-hole repair shop at the back-left quarter of his music store, working on a high school band flute. Tools and spare parts lay across the repair desk and gather in the shelves and crates lining the walls.

Kittle, a bespectacled 39-year-old dressed in shorts and a T-shirt, beams as he describes the events that led to Kittle’s Music — the North Platte music shop at 106 E 5th St., right in the heart of downtown.

“Music was always something I took personally,” Kittle says. “You don’t have a doctor operate you when they didn’t go to school [for it].”

Though he dabbles in guitar and the occasional percussion, woodwinds and brass are his specialty. The aforementioned flute is one of an estimated 200-300 instruments in line for repairs. Three months of work.

As far as music shops in North Platte go, Kittle’s is the first and last stop. It houses an ample inventory of guitars, brass, percussion and the means to expand one’s skills. It offers instrument repair, lessons, equipment rentals, and its famed rent-to-own program.

It’s this full-service attitude that Kittle says distinguishes the store, keeps it alive. The current music store climate is a clutter of big-box stores and internet shopping, which makes it difficult for a mom-and-pop store to compete.

“I saw that transformation with internet, and I think I nailed it from the start,” Kittle says. “The only stores that are going to survive … have a good service department.”

Years in the making, Kittle’s Music is much more than the only game in town. Kittle was 16 when he repaired his first instrument. His mother and her friend had returned from a trip to Estes Park, Colo., with a trailer full of antiques. Their haul included some loot for her son — an old drum kit in disrepair.

Without any formal training, Rob took everything apart, fixed the bearing edges and cleaned all of the lug nuts. By the time he was finished, his repair costs totaled more than a store-bought drum kit, but that wasn’t the point. That experience lead him to his calling. 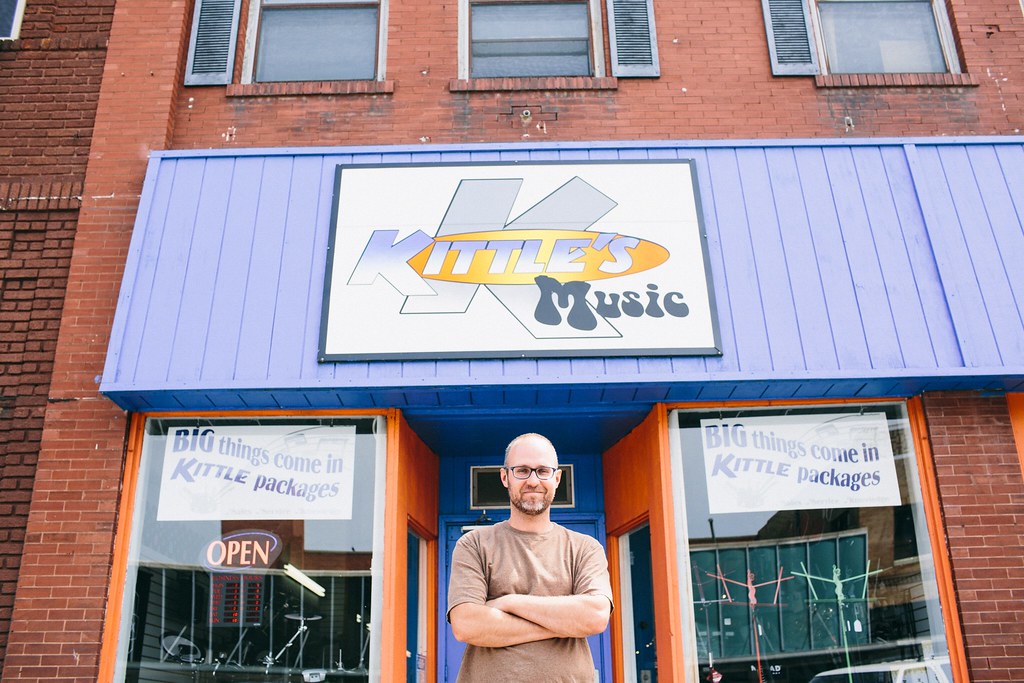 In 1997, Kittle was teaching guitar lessons for then-music store owner Tony Pattenberg. One day, when a customer brought in a clarinet for repairs, Kittle thought he’d try his hand.

“It was a disaster,” Kittle says. “I figured out real quick it’s not a matter of sticking in some pads and squishing it down.”

Taking it as a personal challenge, Kittle decided to actually learn the craft. He received his two-year instrument repair degree from Western Iowa Tech, and returned to an 50 percent ownership offer, which he accepted. Three years later, he became sole owner and moved to his current downtown location, where he’s sat at the repair bench ever since.

One of Kittle’s first acts was to revamp the rent-to-own program. When he took over the shop, like most area instrument shops, it offered a three-month trial period for a fee. Kittle believes most players need more quality practice time to make a decision, especially the high school students that make up a large part of his clientele.

“On a set of drums, you can do that,” Kittle says. “But on [woodwinds], you don’t learn how to play by ear. At the end of a semester, you’re not usually hooked.”

For a monthly fee, Kittle’s customers can keep the instrument for as long as they like, and can return it any time. He says this liberal plan has led to fewer returns.

“Music isn’t a commodity at that point,” Kittle says.

A big part of what drives him is intangible, really. With each interaction, Kittle tries to impart the values music instilled in him growing up: discipline, respect and gratefulness. He says he often hears parents tell their children that practice is mandatory if they are to pay for an instrument.

On the contrary, Kittle sees musicianship as a privilege that ought to be respected and nurtured.

“When a young kid comes in and wants to start playing, I take it as a personal mission to make sure that they enjoy every aspect of what they’re doing,” Kittle says. “It’d be nice to have people look back and say that Rob got them going.”