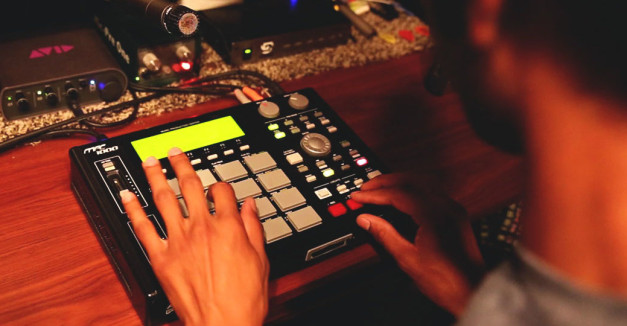 Allow me to present a fictional scenario:

A landscape artist and Keith Rodger — a.k.a  Omaha producer/DJ Kethro — walk into a park. They’ve been commissioned to complete a work inspired by their given surroundings. The artist, with canvas, paint and palate, grabs a bench which sits before a patch of thick woods. Rodger, with only a shotgun mic, aimlessly wanders into the bush.

An hour later, Rodger walks back to his homebase at Make Believe Studios, to continue working. The painter stays out until sunset.

Before I can continue with this fictional scenario, I have to tell you what an MPC is.

A Music Production Controller is a machine designed by the Japanese company Akai. The box has the ability to store and edit sounds, and can cue up to sixteen segments to each of its pads. The device is used frequently by hip-hop artists like Kanye West, Pete Rock, Just Blaze, Exile and many, many, many others.

Unlike the artists above, who primarily pull samples from music, Rodger pulls from life. He’s an avid field recorder. He captures audio at live shows, in parks and has even spent full days in factories to record sounds.

His “anything-goes” approach to sampling came about when he started listening beyond hip-hop, to electronic artists like Burial, who has sampled from everything from Playstation games to gunshots. (For more reference, I wrote a piece earlier this summer on national artists (like Burial and RJD2) and local names (like Rodger, M34N STR33T’s Adam Haug and DJ/producer Dojorok) who sample beyond music. Check it out here). 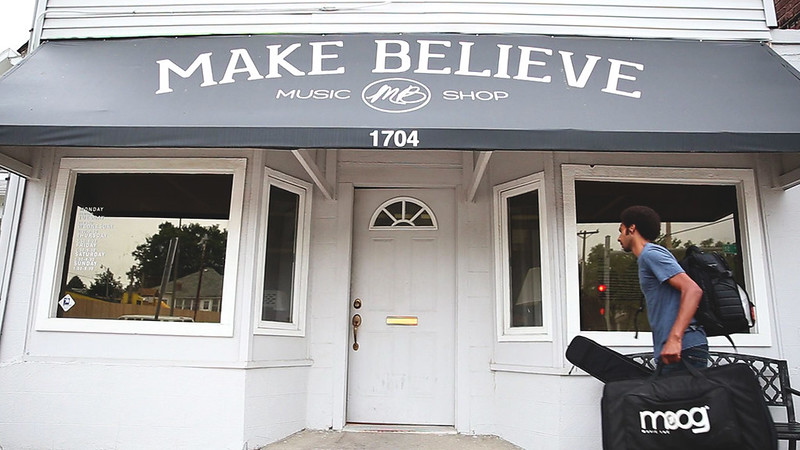 “[Electronic music] really taught me to keep an open perspective when I go in,” Rodger says. ”I don’t have any rules for sampling, or using certain drums for certain types of genres; I don’t do any of that shit. It’s all emotion to me. It doesn’t get more technical than that.”

But it kind of does. Rodger takes his audio captures, cuts and trims them, and stores them in a sample library with too many files to count. They’re each grouped by session in folders, and stored across Rodger’s laptop, desktop, external hard drives and computer at the studio. And many of those samples have been modulated, filtered, pitched and construed digitally by tools and effects DAWs (programs devoted to music production) on his laptop or studio computer to the point they become something else entirely.

And this is after Rodger took a whole afternoon to pull about three minutes worth of samples from a single hour-long audio capture. When field recording, he doesn’t take several second-long clips from objects. He hits record, and walks until the card is full.

“I believe if your are field recording, you should never shut it off, like a cameraman in a reality show,” he says. “Anything can happen at any time; you have to be there to capture that image. Every little second in time is vital.”

Video note: The taking of this video was a special exception Kethro made for Hear Nebraska. The day the video was taken, Kethro demonstrated how he composes with non-musical samples by taking small, in-studio audio captures of household objects. Later in the interview, he made a beat on the spot with those sounds, which he says he’ll gladly share when it’s ready.

This brings us back to our fictional scenario.

The sun has now set, and the artist has finished capturing most of the evening’s sunset. There are many details on the canvas — the birds flying south, branches swaying in the breeze, a couple having a picnic. Our artist has all those colors on her palette as well, for matching once she returns to her studio later tonight.

Just as the landscape artist has captured the very color of the grass or the sunset, Rodger is hunched over his MPC 1000 at Make Believe Studios cuing the rustling of leaves or the early afternoon’s distant, rolling thunderstorm on his machine.

But this is where our two artists diverge. To the painter, that orange will always remind her of that sunset hours before, but to Kethro, those whirling leaves vanish. He’s left with a sound he’s never heard before. It’s trebly, gentle, and has a subtle rhythm to it. That rolling rainstorm starts sounding like it could be a good, healthy kickdrum. With a little smart filtering and pitch adjustment, it could hold a bassline.

Our artist’s palette has complimenting colors. The forest’s green. A branch’s brown. But next to the gentle falling leaves, Rodger cues the whirring blender from last Wednesday’s lunchtime smoothie. Next to that, a revved engine from a friend’s old Impala that they sold three years ago.

Still, Rodger says listening to hundreds of nondescript sounds for an extended period of time sometimes drives him insane. He sifts through a section of his stored sample library on each of the 16 pads, stopping at whatever sample takes to his liking, or simply fits whatever he thinks he’s trying to do.

Very rarely is an entire beat premeditated. Rodger says he conceives how to use drum samples right away, but even that is more often subject to change. He knows where to start, and how to proceed, but never knows where the song will end.

“Sometimes I don’t hear what I’m making when I’m making it,” Rodger says. “I never try to think about it too much. Some people in the world memorize music theory, and write [for] entire orchestras without listening to a single instrument. That’s definitely possible, but I believe it’s difficult to think in terms of manipulating samples … before you get into your world and start manipulating it. So I always leave it out on the table.”

Rodger slowly builds rhythms, trying different patterns by lightly punching the MPC’s pads — like anyone would type with two fingers. He quickly dispenses with patterns that don’t work. He never tries to get caught up in recording a line too many times. It would detract from the impulsive nature of the process. This is not to say these beats finish quickly. Though his movements are quick, he’ll return to the beats to polish and rework them several days later, and at a much slower pace.

However, if his timing lags, Rodger doesn’t mind. He keeps the quantized feature of the MPC turned off: the tool that automatically aligns sequences in time (kind of like rhythmic auto-tune). Rodger never re-records a line because it’s sloppy. Those lines are the ones with the natural feel, and those are the keepers.

“There’s no grid in my world,” Rodger says. “It’s something that’s a great tool, but it’s not the basis of how I make music … I like air, I like openness, I like space. I let samples breathe, I let them overlap … they sound shitty when they need to. No rules.” 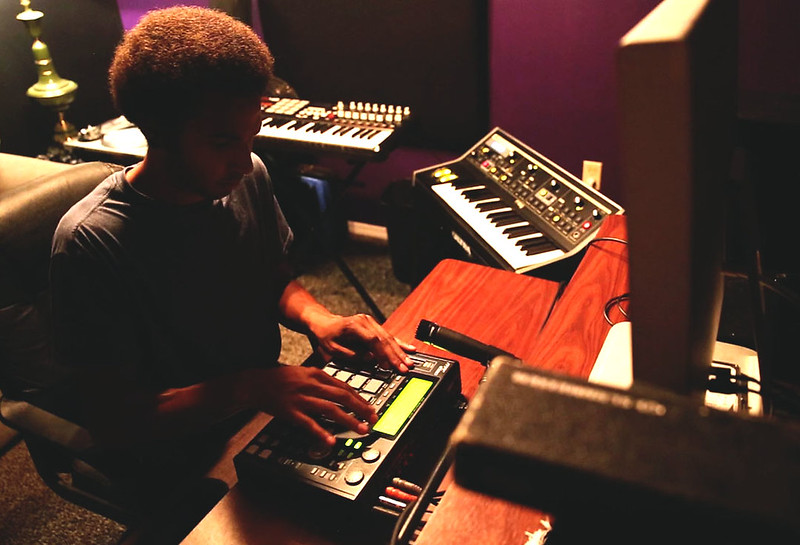 One last time, let’s return to our scenario.

We’re in an art gallery. Our artist has draped her large completed work under a sheet, and Rodger is standing behind his decks and laptop, queuing tracks for a DJ mix for his performance.

The artist is first to reveal, and draws the sheet away, revealing a beautiful capturing of yesterday’s sunset. You can practically see the breeze swaying the painted forest branches and rippling the grassy knoll on which that cute couple shared a picnic. It’s just as we remembered, and it is exactly what we expected.

This is where our scenario cannot continue.

There’s no telling what Rodger hypothetically came up with. His composition could be either a beat for the latest Conchance release or, perhaps, a drum and bass mix he’d use in his sets at House of Loom some Saturday. Or it could be something absolutely terrible. He says he hates many of the beats he makes, but keeps making them, “just to keep the juices flowing.”

But it’s safe to assume his composition wouldn’t sound anything like an afternoon at a park. It may have captured the mood, but it may convey another emotion altogether.

Our landscape artist captured a moment in time, the moment her eyes flickered upward and took in what was there.

On his recorder, Rodger possesses one hour of his wanderings.