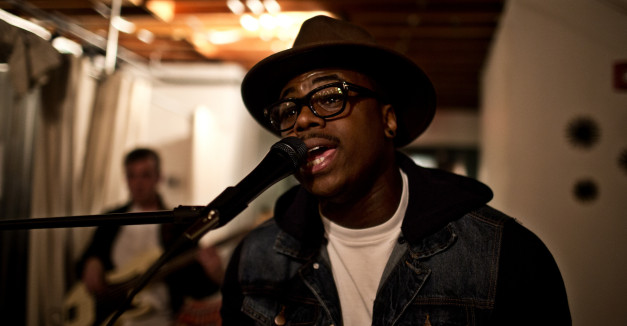 “Keep It Simple” might be the closest thing to a band anthem that a Nebraska act has.

In a lot of ways, the 2011 song predates the AZP of today, a soundscape-explorative rock band. “Keep It Simple” is a throwback to the band’s, well, simpler compositional days, hinging pretty purely on Ishma Valenti’s and Zach Watkins’ chemistry as vocalists. But it remains the dependable energy jolt in any AZP set, the calling card that says most definitively: “This is what we’re about.”

You can bet that was the case, too, when AZP performed on January 14 at Kleveland Clothing. Check out the video below.

The January show was the third installment of Sofar Sounds Omaha, the Omaha wing of the international organization that produces monthly secret shows in living rooms and other small spaces.

AZP’s new EP Red Moon is out next month with a release show at Vega on May 9. RSVP here.