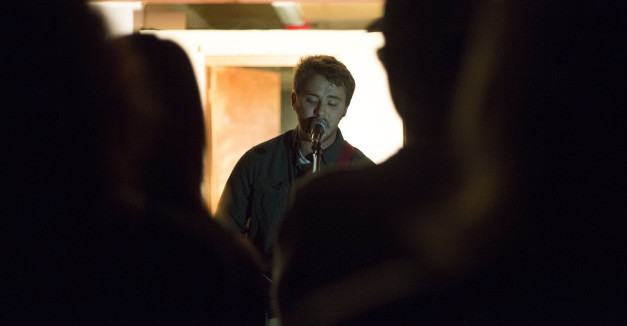 On Tuesday, NTV News reported a Hastings woman’s three-year sexual relationship with her high school teacher. The organization posted the link on their Facebook page, a normal custom. Like any other news story, some voiced their opinion by commenting on the post, which resulted in some commenters blaming the woman for the relationship.

Overturn, a Kearney-based anti-rape charity, released a statement via Facebook on the same day, condemning those commenting on NTV News’ Facebook link to the story. Overturn’s post featured copied-and-pasted comments suggesting the girl, who was 15 years old at the start of the relationship, was at fault for the statutory rape.

“I am beyond livid right now and more so disappointed in these ADULTS that are blaming a young girl for her own rape,” the statement says. “Please share this, shove it in peoples faces, make them SEE what this kind of narrow mindedness breeds.”

Situations like this are why Darling founded Overturn. He says he was disgusted by what he perceived as society’s unfair view of rape culture and wanted something to change.

He says he’s seen some of the same attitudes in his music community, and he’s fed up with it.

“There’s a lot of times when a girl comes to a show and everybody’s just oogling her, and they don’t really appreciate women as a valid part of the scene,” Darling says. “I just wanted to do what I personally could, and I think that’s the biggest thing a male feminist can do is try to offset the thought process of other males.”

Overturn will host its second benefit show tonight at Gillies Bar in Kearney at 9 p.m. Hastings post-rock band For the Birds is joined by Kearney’s Bombs Blast and Lost Boys, as well as South Dakota’s Hideaway. Money raised at the door and from Overturn’s t-shirt sales will go to gas money for the touring bands and the S.A.F.E. Center in Kearney.

Darling says he wanted to combat rape culture when he started Overturn in January. A self-described feminist, he says “overturn” itself is the action of reversing harmful views of victim shaming in rape cases, and starting conversations that lead to targeted individuals feeling more comfortable.

Darling says he chose the S.A.F.E. Center because of its involvement within the community to raise awareness of sexual and domestic abuse.

“They’re very one-on-one,” Darling says. “I wanted Overturn to be an organization that gave money somewhere where it was going to be used directly.”

“That’s usually the problem for victims of rape and abuse,” Darling says. “They don’t get the help they need, emotionally and mentally.”

Overturn raises money through benefit concerts — the first one was at Midtown Art Supply in Omaha last month — and t-shirt sales. In the future, Darling says he hopes to create a compilation CD and research more Nebraska organizations he can support.

He says the latter was met with a small-scale social media backlash, with detractors saying the charity shouldn’t promote violent punishments for a violent crime. The shirts have since been removed from Overturn’s Big Cartel site, as well as its Facebook posts referencing the design.

“Honestly, I made a mistake putting out those shirts and I’m aware of that,” Darling says. “Hardcore tends to be very abrasive and I knew those shirts would fit that. I considered that a positive thing without thinking about conversations it would spark within the charity.”

When it came time to order a new batch of shirts, Darling decided to scrap the old designs. He says he realized he didn’t want to project a violent message.

However, Darling says the shock value of the shirts were a reflection of the way he says rape culture should be handled. Seeing harmful behavior should — in his words — make you stop and say, ‘Oh fuck.'”

“The problem with rape culture is that some people don’t even see it as a problem,” Darling says. “It’s something that happens every day, whether it’s rape jokes or ‘slut shaming.’”

Darling currently runs Overturn by himself, but wants to inspire others to organize their own Overturn events across the country, as long as they donate the funds to an organization like the S.A.F.E. Center.

As a figure in eastern Nebraska’s hardcore scene booking shows at Gillies and his house in Kearney, and Midtown Art Supply in Omaha, Darling says he has the resources to get the community involved. He was a member of the bands Drain and Lost Boys, and his connections with local bands have already proven successful in booking the benefit shows.

“I want to bring rape culture to light,” Darling says, “and do everything I can to be part of the solution instead of the problem.”