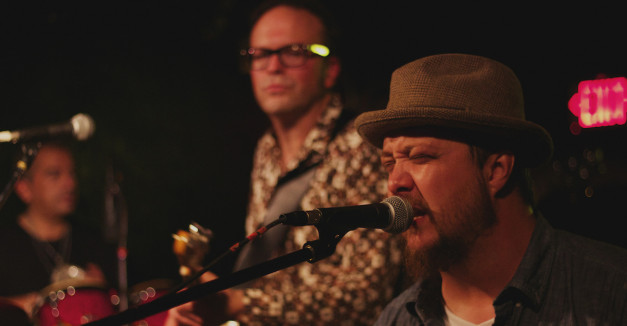 In the chorus of “Illusion,” Lincoln’s Josh Hoyer declares, “What it is, what you see / It’s not the same thing.”

Now, in this third track off his band’s debut LP, pianist and frontman Hoyer is singing about a distrust for government and institutionality. But speaking of not taking things at face value, consider this soulful album.

Josh Hoyer and the Shadowboxers is a band of nine players that privileges a warm, infectious sound with enough late-Motown vintage to place the listener, but with such fullness that there’s no way it hails from before 2000.

They will release the LP on Friday at The Bourbon supported by Funk Trek, A Ferocious Jungle Cat and DJ Relic. RSVP here.

This is one of the few Nebraska albums in which the context of the creators’ journey to it enhances its achievements in almost every way. The orchestration of such gifted musicians is astounding. They have the humility to stay out of each others’ way through the verses and pre-choruses of all eight songs. The staging of saxophones, guitars, background singers and other elements couldn’t possibly have happened by accident.

It’s also an album that veils the years of hard labor that conceived its style and the accessibility of its messages, years Hoyer spent performing Lincoln music with Son of 76 & The Watchmen and Tijuana Gigolos.

Part of this record’s magnificence is that it couldn’t possibly exist without the darker material of Son of 76, without Hoyer wrangling another large ensemble and without careful consideration of how to balance a sound intended for live performance on a record that doesn’t tediously impersonate a concert. 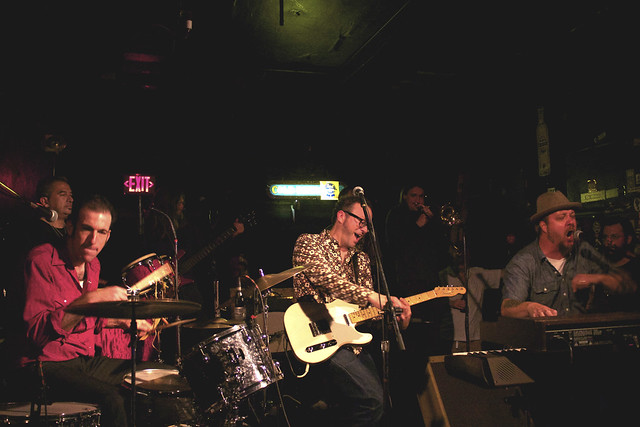 Here, Hoyer’s greatest gift to the listener is making it look easy, understanding not just art but entertainment so fully that we’re spared the churning of the factory somewhere between the singer’s head and soul. Instead, it’s white suits, anthems for the common people, the Foxy Boxers (his supporting singers) and a Nebraska album of unparalleled chic.

One note: I say in this podcast that the album would sound unbelieveable on vinyl — because it would; it resonates on my only half-competent laptop speakers — but Josh Hoyer and the Shadowboxers will be released on CD only, available on Friday at The Bourbon. So make sure your car speakers are in tip-top shape and let the album stretch out. Listen to the full review above.

Chance Solem-Pfeifer is Hear Nebraska’s staff writer. Josh will appear this Thursday evening on Hear Nebraska FM for a feature interview. Tune in at 6 p.m. and reach Chance at chancesp@hearnebraska.org.