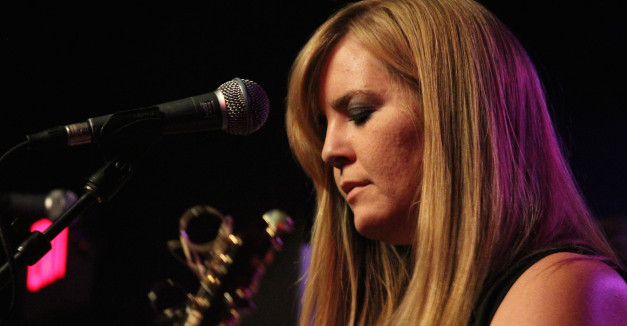 Editor’s note: Hear Nebraska’s annual Take Cover fundraiser asks Nebraska songwriters to play two songs — one original and one cover of a song by another Nebraska artist. Take Cover is at The Waiting Room on Jan. 23 (RSVP) and at The Bourbon on Jan. 30 (RSVP). Each year, we ask a handful of songwriters to discuss the songs they’ve chosen.

Wow, I couldn’t be more excited to participate in this year’s Take Cover event. I’ve chosen to play the song “Tag Along” written by my friend Michael Hulstein from his acoustic project called Ojai. For some reason, the chorus of this song has had a way of following me around these past few months. I will catch myself singing it all the time, layering counter-melodies and creating new instrumentation for it in my head. I’m honored to have the opportunity to take a stab at it myself.

Michael says the song was inspired by growing up around the skate park and looking up to the older guys who hung out there. These guys are really just the small town druggies, but when you’re young, they are your idols. This song is ultimately a testament to the struggles of growing up in a small town, getting into trouble, and trying to overcome it all. I always like hearing what inspired my favorite songs, because it usually brings certain lyrics and phrases to life. It’s almost like seeing the movie version of a good book. Your interpretation of the story always ends up being a little different the second time around.

You can definitely hear the Elliott Smith influence in all of Michael’s songs, which I am particularly drawn to.“Tag Along” is off his album released at the end of 2013, called Welcome Home, that’s available for free download on Bandcamp.  It’s easily one of my favorite releases of last year.