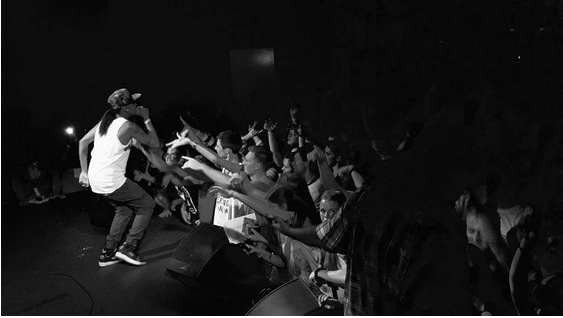 Omaha rapper Jazz Simone has been at the grindstone for six years now. If her name doesn’t ring a bell, you’re not alone. The rap and hip hop game recognized by greater Omaha has largely been a Boys Club, and while that’s not on purpose, it’s certainly something that can stand to change.

Much like we’ve seen with Both, in their Sonata Session and from their Hear Omaha performance this summer, Simone approaches her live performance like a true band leader. Backing her up this Sunday will be DJ P2K and drummer/producer Klassic.

She met P2K two years ago, opening for YG at the Bourbon Theater. They exchanged numbers and started collaborating. Then, last year during a show at The Waiting Room, Simone and P2K caught Klassic drumming for another artist. The three of them have worked together since.

“We all had the same passion, so we came together and started doing something no one was doing at the time,” Simone says.

Simone got into music at a young age. “I remember I was like, eight years old, listening to my brother play rap music. Music has always been a part of me.” Simone says she started out writing poetry for herself–to keep her out of trouble and to keep any negativity away. She would start to freestyle her words, and slowly began to rap for friends. That her friends and her audience related to her work was coincidental.

Simone is currently working on her first project called, Listen, and the song “Patiently” is the first track she’s released from the project. Clearly drawing from R&B as in inspiration, “Patiently” speaks to the frustrations with the sometimes foolish decisions we make when we’re determined to love who we love. She describes the project as having taken four years to hone.

“I felt like if I wanted great work, I had to take my time and perfect my craft.”