(Editor's note: This Q&A previews a FREE Hear Nebraska/MAHA Music Festival Showcase at the Slowdown Thursday, July 28 at 8 p.m. MAHA performer The So-So Sailors asked the bands Digital Leather, Fortnight and Millions of Boys to open up for them. RSVP here.)

To preface, let’s simplify a fictional concept and say Harry Potter's horcruxes are merely pieces of one’s soul, created intentionally. Let’s also take the real world and superimpose this fiction upon it, for what are songs if not pieces of one’s soul, forever representations of personality and creativity that live so long as the memories that hold them? Let’s say, in other words, dead is not dead.

Jay Reatard, for instance, lives in the memory of Shawn Foree, whose band Digital Leather has a new record that exists mostly because of Reatard, a punk rock pioneer who died on Jan. 13, 2010. Heck, Reatard’s ghost even handed Foree one of the EP’s seven songs in a dream. While awake, Foree considers Reatard to be his moral compass, there in times of need when record labels try to have their way with him and he wants to curl into a ball.

This Thursday at the Slowdown, Foree will be supported by three talented musicians, but the one you don’t see is perhaps going to be the loudest one of all. In light of Digital Leather’s spot alongside The So-So Sailors, Fortnight and Millions of Boys, Hear Nebraska took the chance to talk about Reatard, the pros and cons of smaller record labels and how Foree spent his college loans on music gear.

Hear Nebraska: You’ve said before that when you were moving from Arizona, it was either Omaha or New York where you’d end up. Why do you consider Omaha to be in the same league as New York?

Shawn Foree: Of course, they’re different sizes, that’s naturally obvious. But there’s a sense of community in both cities even though the flavor’s a little different. A lot of cities I’ve lived in have no community whatsoever. Everybody just does their own thing, nobody cares about what other people are doing.

In Phoenix there’s no community, and that’s one thing I really didn’t like living [there] for so long. And I’m not just saying a music scene as a community, I’m saying different people doing different things together.

HN: I understand you used your college loans in Arizona to pay for gear when you were starting Digital Leather. Have you paid those loans off yet, and was it worth it?

SF: Yeah, for sure. I could’ve borrowed less money and had less of a debt, which I still have. But that’s one thing I would totally do again: borrow extra money so I could get gear. And it’s not like I spent a lot of money on my first gear. Everything is pretty cheap.

I still to this day spend a lot of money on gear if it’s something essential. So yeah, if there’s an opportunity for someone who wants to do music to buy the things they want or need, they should take it because they won’t regret it.

HN: Now that your new record’s been out for a bit, what kind of reception has it been getting?

SF: The people who have heard it seem to like it. It’s not meant to be a big commercial record or anything. I wanted to put out something that was a little more underground, and that’s why this record won’t be on Fat Possum or any of the other larger labels I have worked with or will work with in the future. I wanted to do something that I wanted to do.

I’m not the kind of artist who bends to please a record label ever, but this record is too weird and dark for even some labels that are willing to accept that. It’s an EP — it’s only seven songs. So being let go from our record contract allowed me time to do what I want for a while and find myself again.

I think people are responding to that. A lot of my original fanbase appreciates it because it’s progressive in the songwriting but the style is also a throwback to some of my earlier stuff.

"It’s not like I ask myself, “Would Jay Reatard eat a ham sandwich?” It’s not completely insane, it’s just a certain percentage of things." 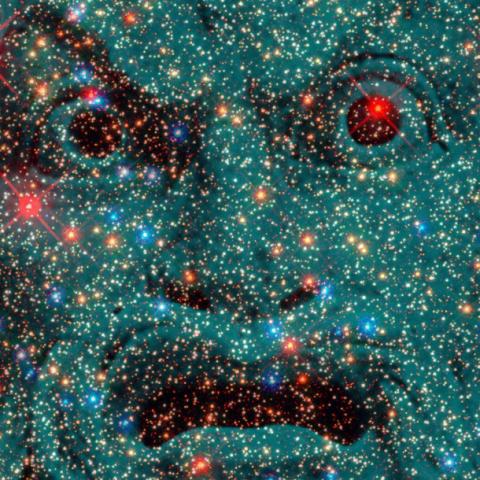 HN: Why did you choose Volar as the record label for this release?

SF: I had a few choices naturally, but I’ve had some friends who put out records with this guy at Volar in San Diego. I’m always interested in smaller, newer labels, so I thought, "Why not?"

There’s been some problems pressing the record, but that’s not his fault. Some people have been wondering what’s going on because the record is actually for sale on the blog, but that doesn’t mean they’re going to get it right away. The Kickstarter fundraising people are all wondering where the record is.

Everyone’s confused because he chose to go through a larger pressing plant that does a lot of big orders. They push smaller orders like this to the side, so it’s taking extra long to get done. It’s about a month overdue right now. So I was happy to work with Volar, and I don’t mind going smaller every so often especially if I have no record contract to adhere to.

HN: I know a few Lincoln artists who have used Kickstarter, and they seem to have liked it. What’s your opinion, would you do it again?

SF: I would definitely do it again. I think it’s a good website, and it seems like it could be a good place to scam people over if you had the wrong intentions. But for my purposes and for some of my peers who have used it, it’s been very positive.

The money I got from Kickstarter allowed us to go to Europe and allowed me to finish the record I was working on. And in return, they’re getting a record. I know a lot of Kickstarter funds ask people to donate money to us and get nothing in return. If people are willing to do that, that’s fine. I think overall it’s a positive website. Hopefully, it maintains its integrity.

HN: And you talked about the record’s material in-depth, but is there any more you wanted to add about what you wanted to say with each song, or should people just listen to it and make their own impression?

SF: I don’t think this record will be too obtuse. I think people will be able to get it, it’s just not really pleasant, and the themes of the songs aren’t really pleasant sometimes. But yet it’s got a beat and you can dance to it, so take that for what you want.

"Instead of Jesus, I have Jay Reatard."


HN: You recorded a Jay Reatard cover and recently uploaded it to SoundCloud. When you’re writing your own songs, do you ever think about how he would listen to it?

SF: Oh, yeah, I do. Not all the time, but if I’m approaching a song a certain way, I do. We did that all the time, you know, we’d send each other songs and see what the other person thought way ahead of time. It’s not like we were looking each other to say the song sucked or was good, but we respected each other’s opinion.

So I have to create my own fictional Jay Reatard in my head now of what he would say. Sometimes I also use that character as a moral compass. Instead of Jesus, I have Jay Reatard.

HN: What are some examples of how you use him as a moral compass?

SF: Especially when it comes to dealing with certain record labels, and if I feel like I’m being abused by them, I instinctually want to curl up in a ball and let them whip away at me. But then I think, "What would Jay Reatard do?" And he’d tell them to shut the hell up, and that helps me deal with that kind of stuff.

I think if there’s a label interested in working with me, I can refer to this thing in my head. I’m not a freak about it, but sometimes when I’m mulling something over, I do. It’s not like I ask myself, “Would Jay Reatard eat a ham sandwich?” It’s not completely insane, it’s just a certain percentage of things. I’m channeling a dead person to make decisions, but his music was fantastic, and if I could somehow use what I can from knowing him personally, that can only be to my benefit.

HN: How do you think he would take this new record of yours?

SF: He would probably laugh because a lot of it is about death, particularly his death. So it would be weird if he heard it, but the album probably wouldn’t exist as it is if he were alive. That’d be pretty trippy.

But stylistically, it would be right along the lines of something we could hang out and get drunk and listen to together. We could say, “Man, this part sucks,” and we could laugh about it, or say, “This song is awesome,” you know.

Actually, one song on it … again, I’m not OCD about it, but the record was written over a year ago now, so it was pretty close to when he died. So we were traveling through Texas and one night I had a dream that he came up and showed me some of the notes and some of the lyrics to a song that appears on a record.

I’ve read about people who have dreams where a figure familiar to you will show you music, and I’m not saying that’s any kind of coming-from-the-grave connection, but he did appear in my mind as showing me a song – which is a song I think he would like anyway – called “Sea of Hate.”

Michael Todd is a summer intern for Hear Nebraska. He once had a dream in which President Obama asked him, "Are they on?" to which Michael replied "Are what on?" and Barry said, "Your dancing shoes." Michael wrote a song about it. Reach him at michaeltodd@hearnebraska.org.