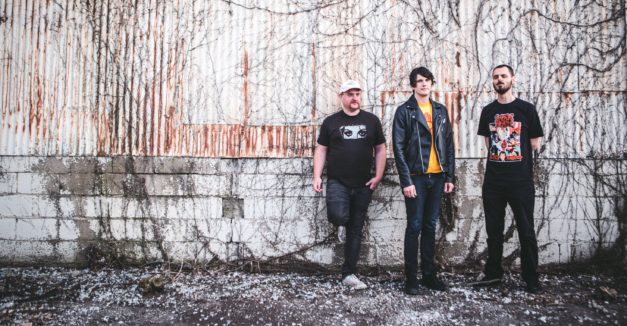 There’s something positively metallic about Los Angeles trio Sand that is sometimes overlooked in favor of the band’s psychedelic, swirling sonic soundscapes. After all, its frontman Dylan Ryan’s jazz percussion influence and mysterious lyrical and vocal qualities lend themselves well to the band’s forward-fringe progressive rock, which can be enveloping in a live setting.

The Sabbath-like opening riff of “Interstellar” strikes in a different way, then, with guitarist Tim Young shaking the listeners’ brain before Devin Hoff’s swaying bass line gives something to grasp onto for a moment of recovery. Young flourishes in the song’s final seconds, unleashing a searing solo before punctuating with one last punch.

On a recent trip to Omaha, Sand filmed a one-take rendition of “Interstellar” with the Love Drunk crew at The Bench co-working space in the city’s north downtown. Watch the live video series’ 137th episode below.