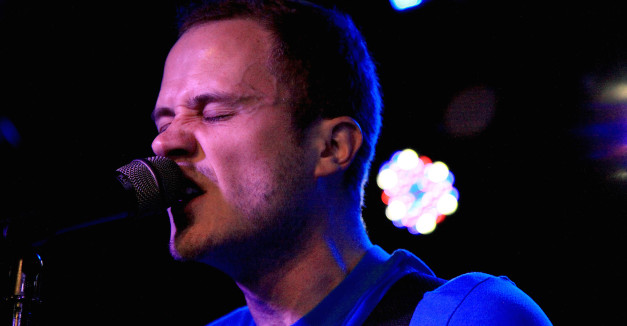 By the time an album arrives with a listener, it’s been poured over hundreds of times. It’s no accident when you ask an artist across any genre what a song is “about,” one of the most popular answers is, “[Sighs] … [touches face] … feels like a really long time ago I wrote that.”

What we interpret as happening now in our ears, occurred long ago when we weren’t there.

But the feeling (illusion, maybe) of immediacy in music is an important one. And it’s not necessarily the same as accessibility.

But the Omaha band’s immediacy comes from somewhere else, a sort of unpretentious, instinctual feeling that they plugged in their instruments five seconds ago, and the slender, but hard-punching, rock ‘n’ roll of their debut EP is just … happening.

It’s charming in that way. And you don’t plan charm.

Tracked at Dirtbag Studios in Kansas City, In The Glow takes off running with a natural, strong stride: Its picky electric guitars are a pair of white sneakers. You could call it garage rock: not in its soundscape (plain medium-fi), but in its construction.

The songs come together in a frayed, innocent way, and then pleasantly come apart via Scott Ausdemore’s eager and ripping lead solos. Erik Trent’s bass and Anthony Bradley’s drums are bunking together like brothers. You can hear how the songs are built, not from a kit, but really sensibly, with some of the shine of this-century indie rock, but more like ambitious, slightly fuller versions ’60s pop sprints.

Singer Joe Champion’s words come out as clever, sometimes bloody, professions. More immediacy there. His is a lyrical taste that begins stories like something just slipped out in a conversation. And then the narrator keeps talking to compensate. That sets up the many jokes and overly-honest moments all in one, about modern men with blurry eyes in “Shooting Arrows,” for one.

For another: “All my dreams have become exhausting, whether my teeth fall out, or the apocalypse is now,” Champion yelps on “Inside Out.”

Uh Oh’s release show is July 17 at The New BLK with The Derby Birds and Eric In Outerspace. RSVP here.

The record will be on their Bandcamp page next week. Put it on any time, and the band will be there, seemingly in wait to strike up at a moment’s notice.