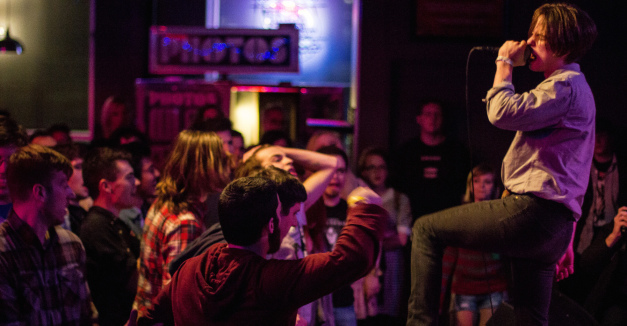 When Iceage’s Elias Rønnenfelt finished his beer in Slowdown’s front room, whipped the empty can into the audience, and hit an onlooker (spraying the surrounding people with foam) he was met with a roar of approval. It was clear the Danish punk band was in its element.

At the start of things, Iceage’s guitarist, bassist and drummer climbed onto the empty stage and started playing the introduction to their first song. Frontman Rønnenfelt took this as his cue to start making his way from the bar to join the rest of the band. After reaching the stage, Rønnenfelt stopped, scanning the audience — and without saying a word, stepped back off the stage into the crowd. He walked right up to a woman in the front row, grabbed her cell phone out of her hand, and turned around to saunter back on stage. He put the phone back by the drum set. Satisfied that everyone was finally paying attention, Iceage launched into its first song. 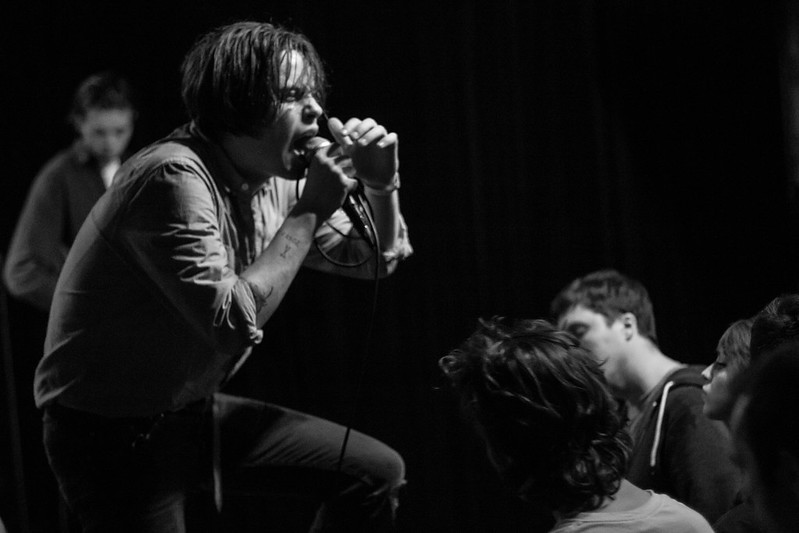 The antics that ensued are the type that can only be seen at a heartfelt punk-rock show. When the first mosh-pit broke out during the show, Rønnenfelt immediately stepped off the stage and glided through the flying bodies, caressing faces and catching those who accidentally fell on him. Dan Nielsen’s ripping drum fills mixed well with Jakob Pless’s bass grooves and Johan Wieth’s guitar. Rønnenfelt’s frequently indiscernible lyrics (though they’re in English, not Danish) helped tie the entire package together.

Telepathy Problems primed the audience for Iceage, with a distorted sound somewhere between punk rock, blues and grunge. The four band members rarely stopped playing for longer than it took them to decide what to play next. Guitarist Blue Peterson played with amplifier feedback particularly well, frequently touching his guitar to his amp.

Helm gave the audience a break in between the two punk-rock bands, with a non-stop 30 minute ambient, atonal soundscape. Using multiple effect boards and a channel mixer, Helm slowly blended swirling sounds to create a hypnotic din of noise. Conversation in the front room of Slowdown quickly died away during the single continuous song. 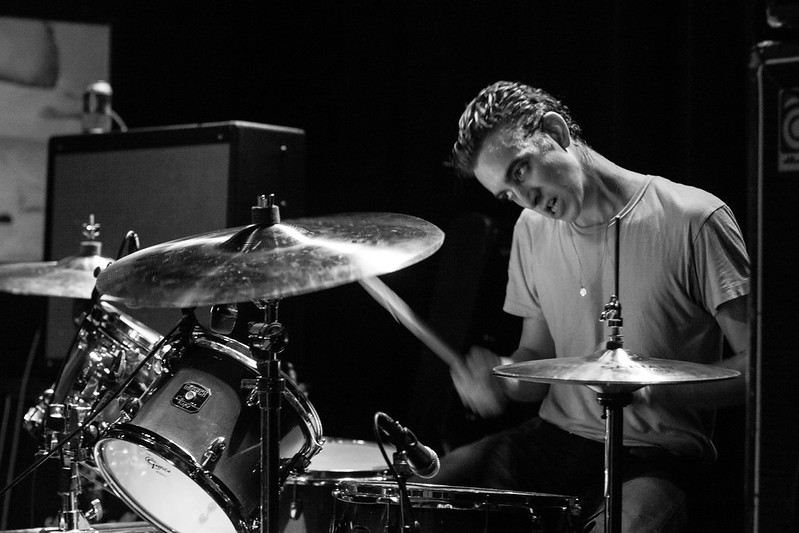 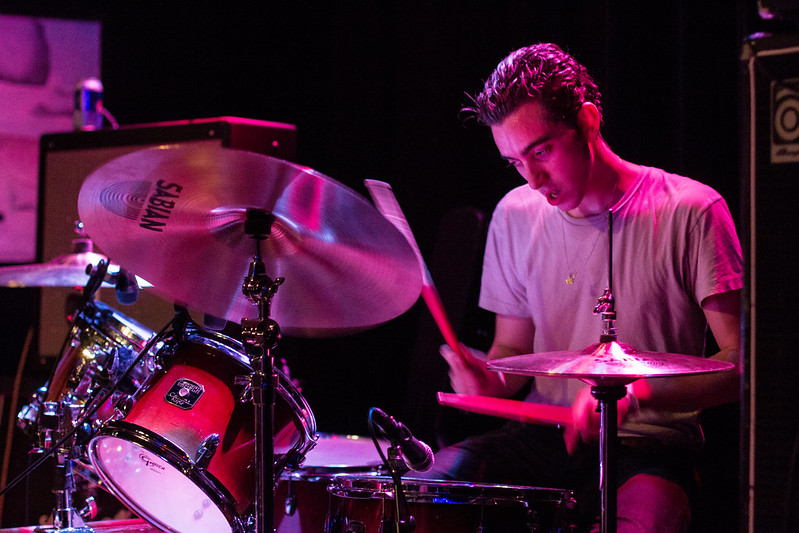 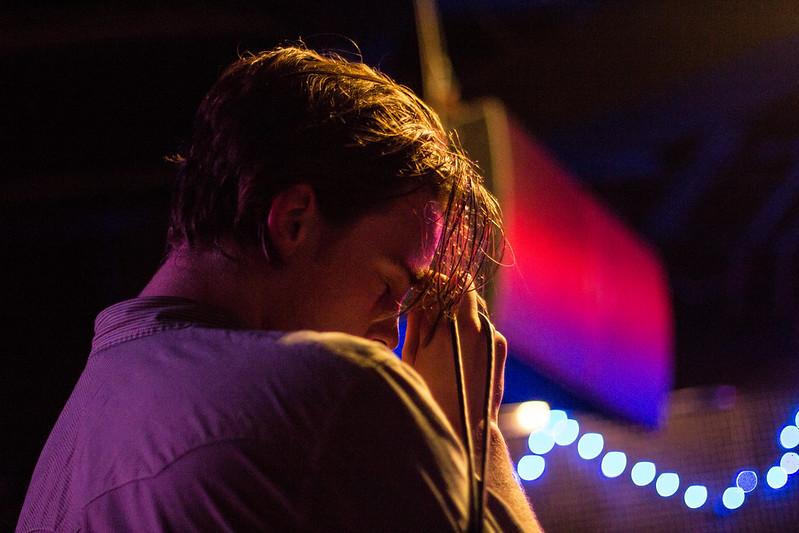 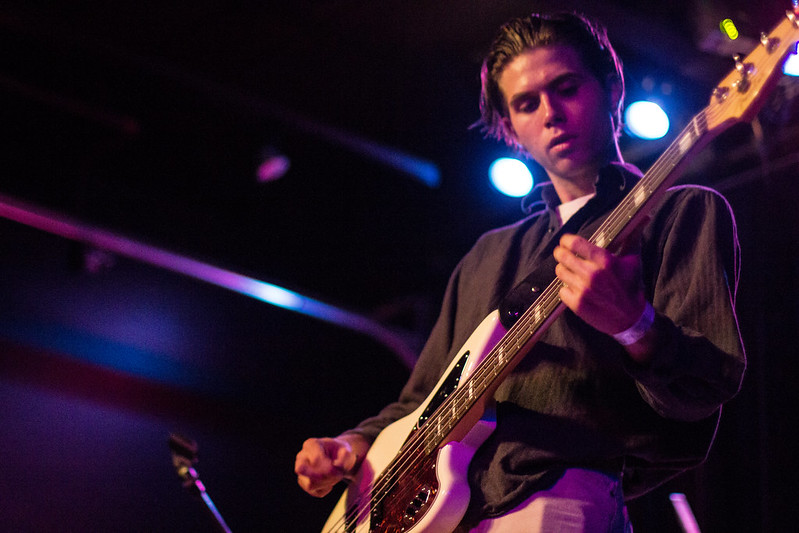 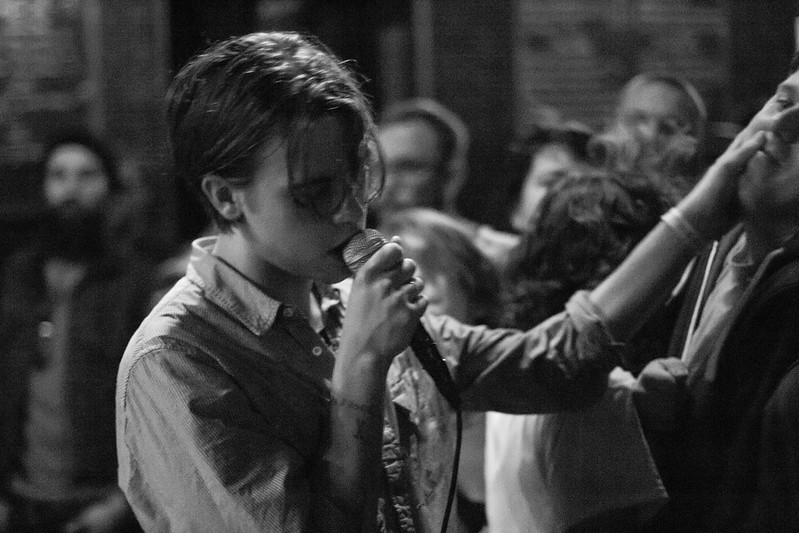 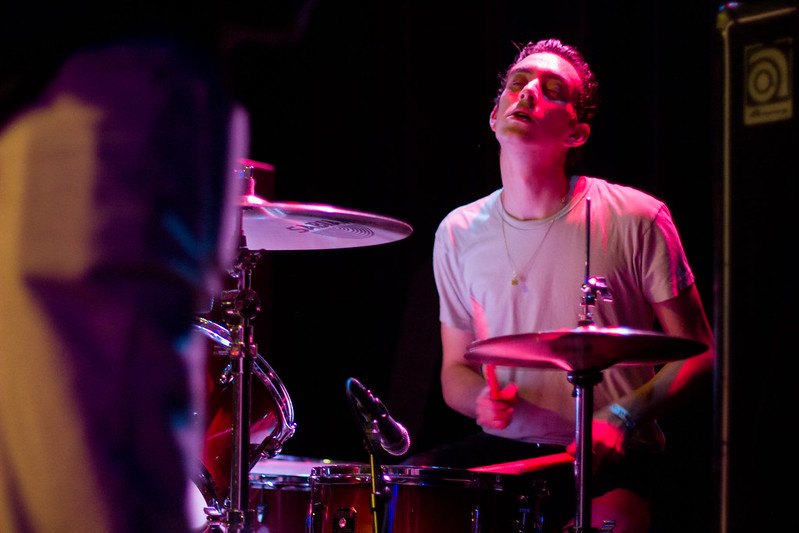 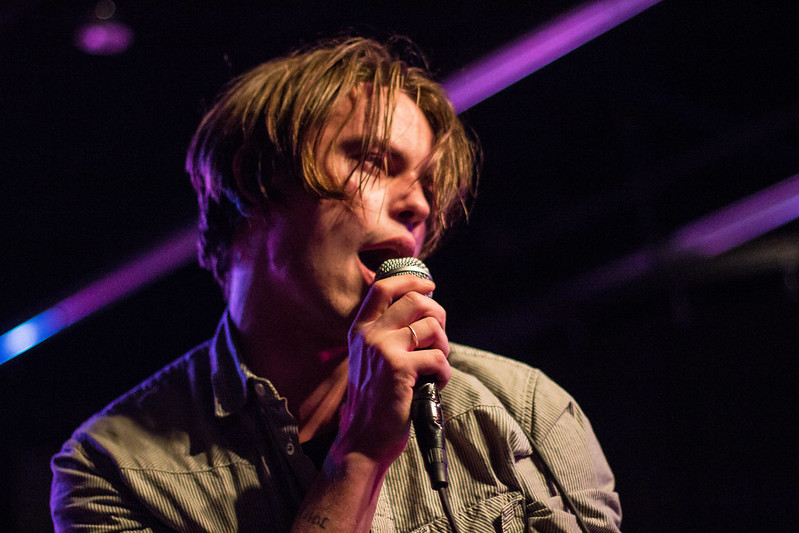 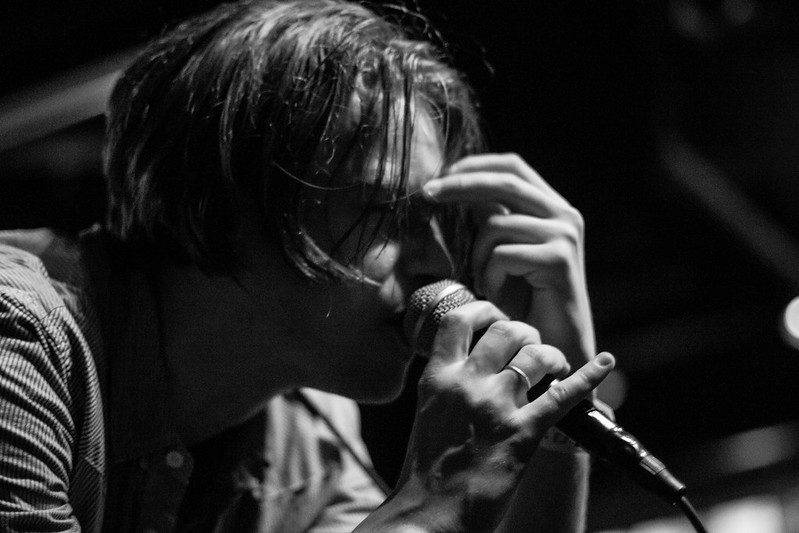 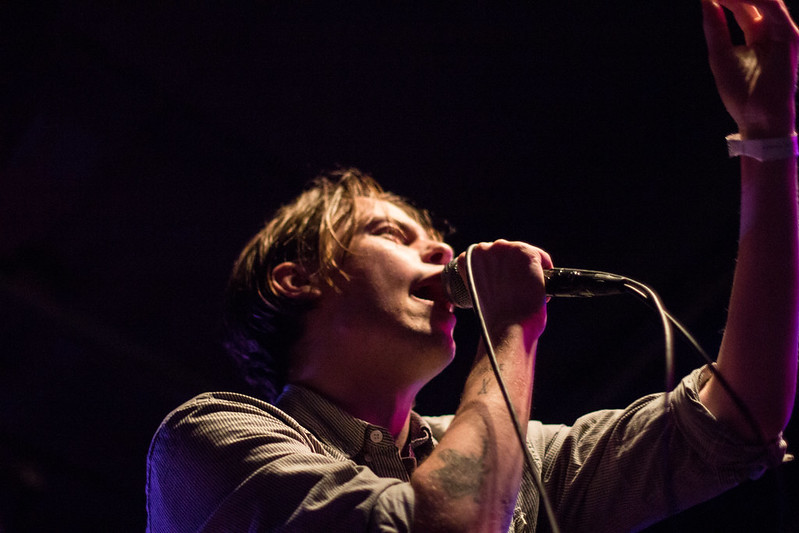 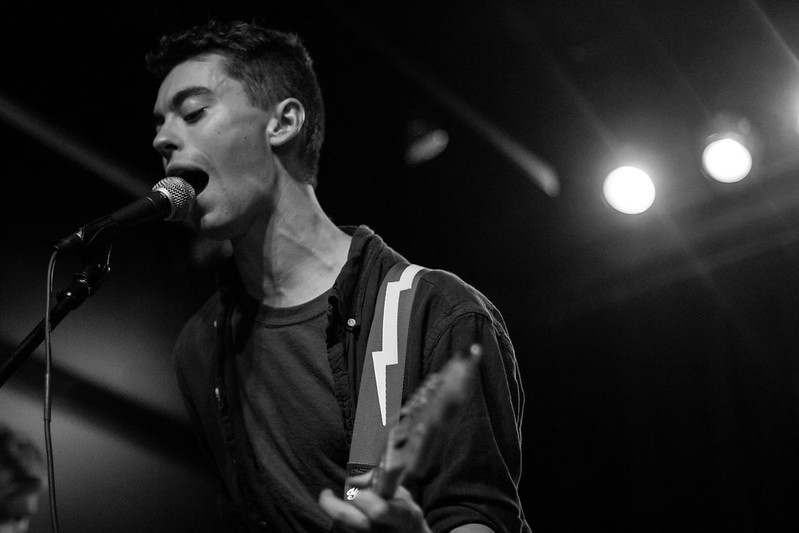 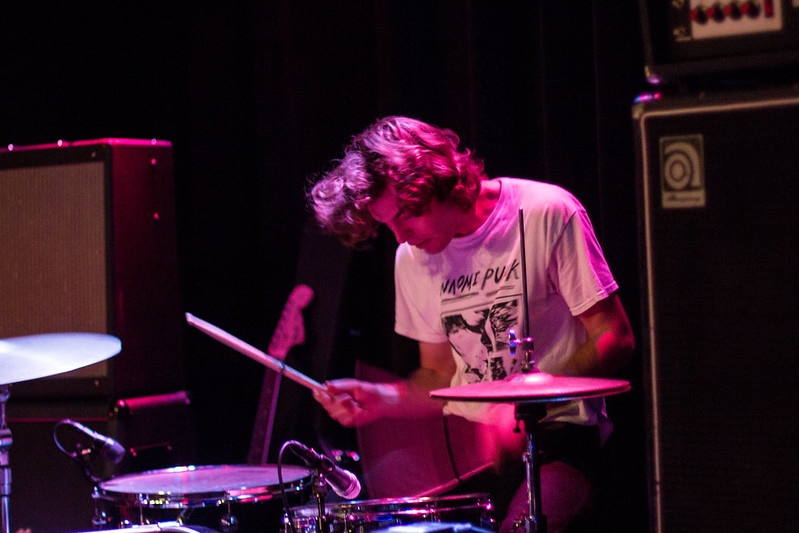 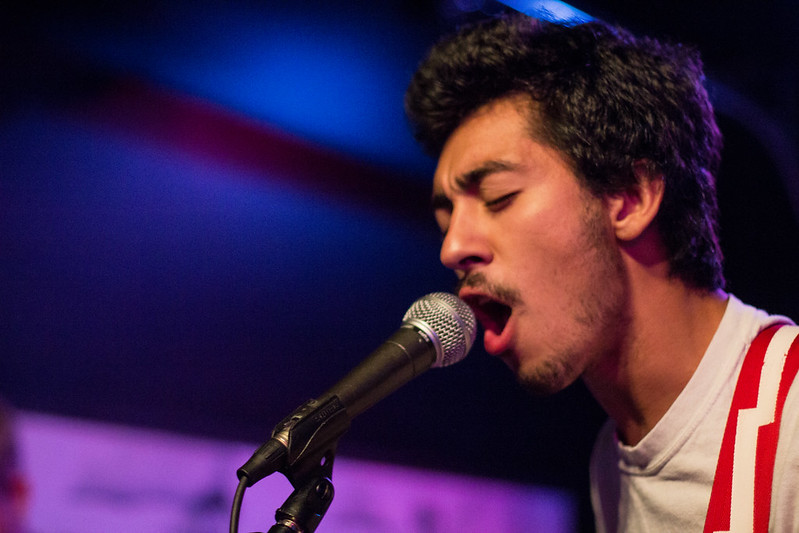 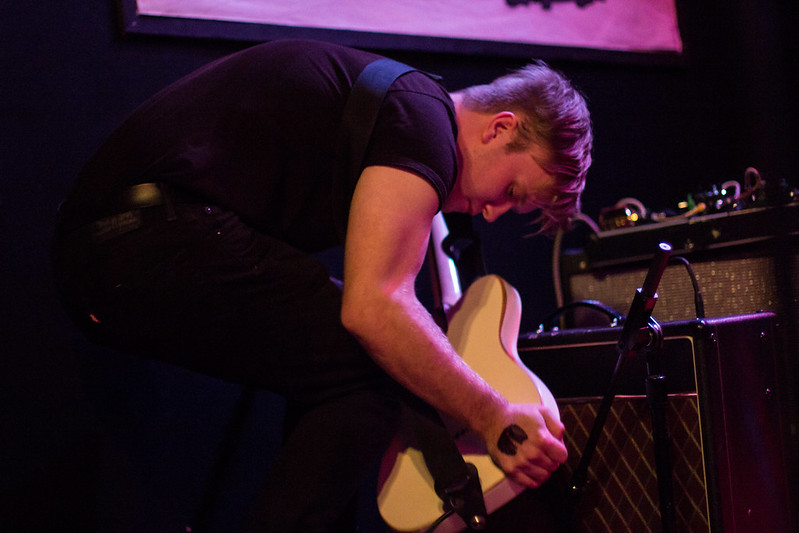 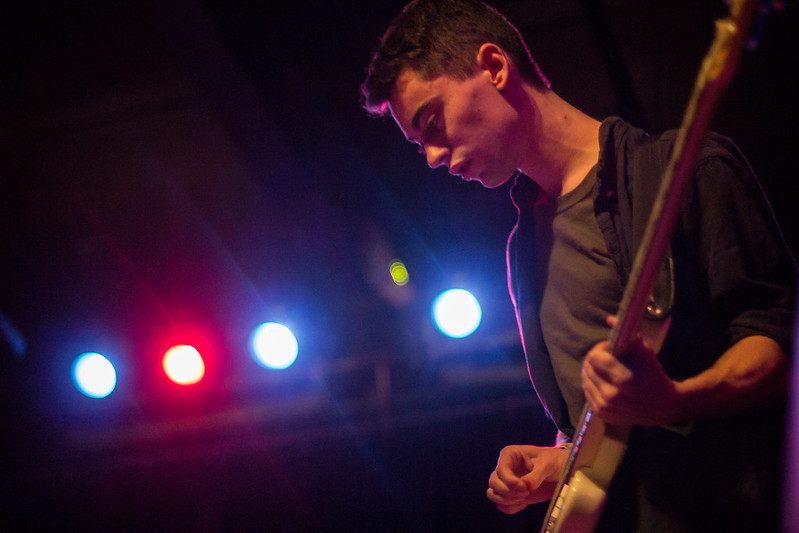 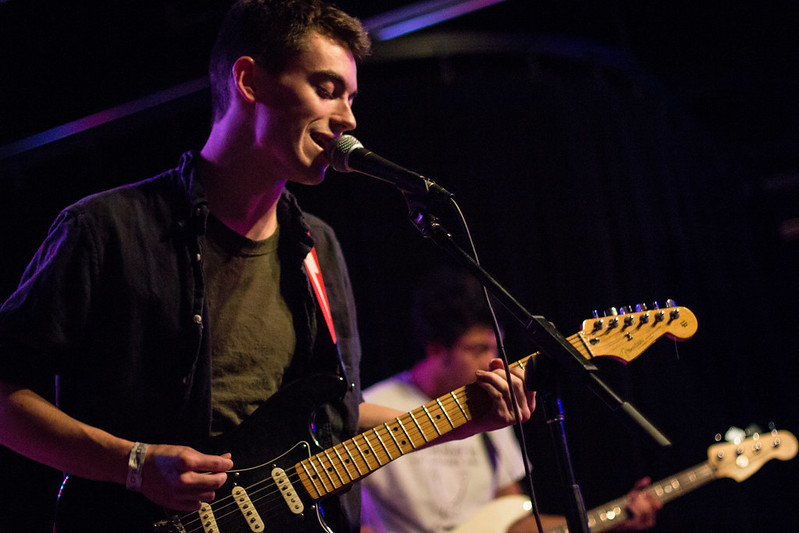 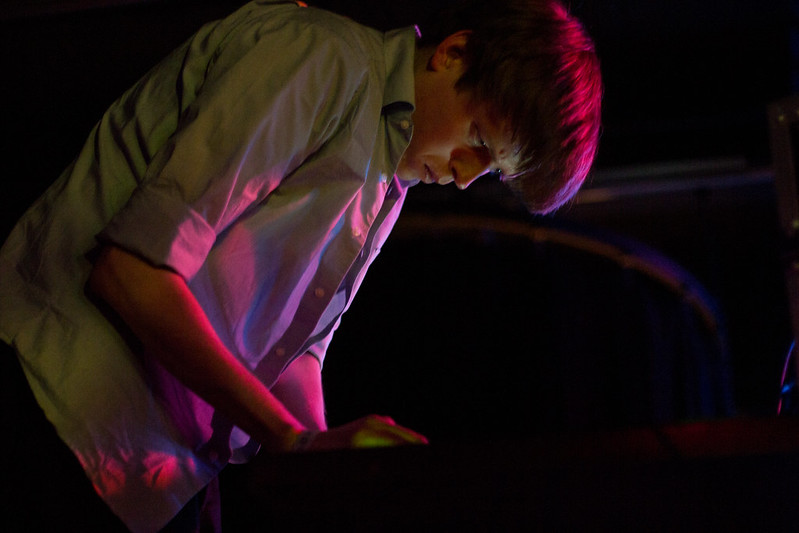 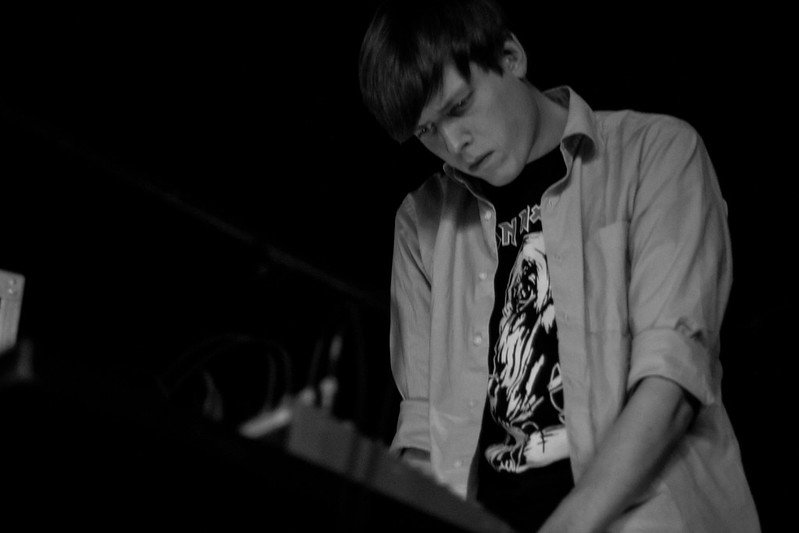