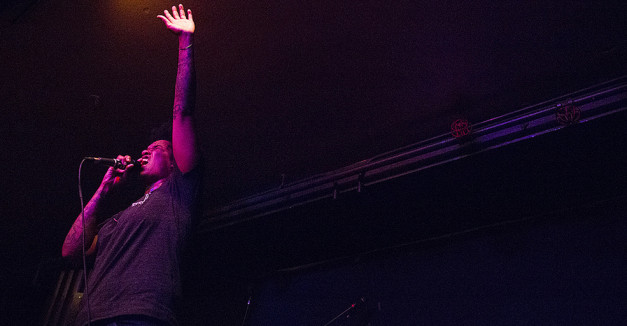 Chicago emcee Hologram Kizze, aka Rhymesayers‘ Psalm One, said she has been pulled over in Lincoln twice. Once right before Thursday’s show. Brooklyn-based Louis Logic played Lincoln three times, once at a “terrible dive bar” that he said he doesn’t care to remember.

Both came onstage confident that their Thursday evening performance at The Bourbon would be better than any of their previous experiences tied to the city.

The Bourbon proved them right. Both touring acts threw down to an enthusiastic crowd ready for a night of hip-hop.

Taylor took ownership of the bandstand, working the audience on stage left and right, serving verses to patrons personally, looking them in the eye. He wasn’t the emcee bolted to the floor and raps only to their microphone: Taylor understood how to perform. 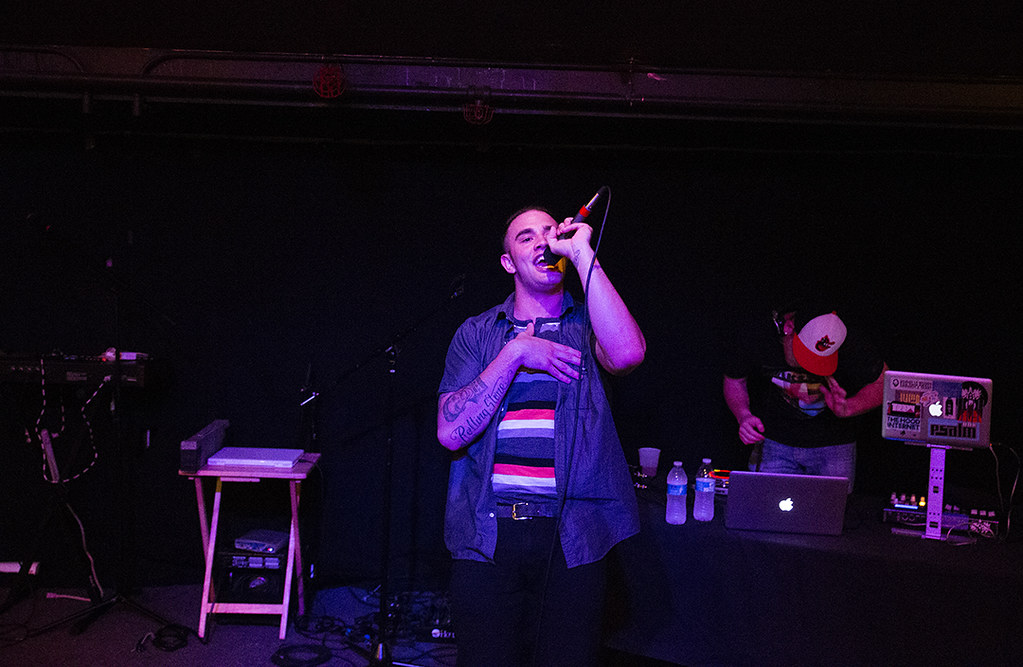 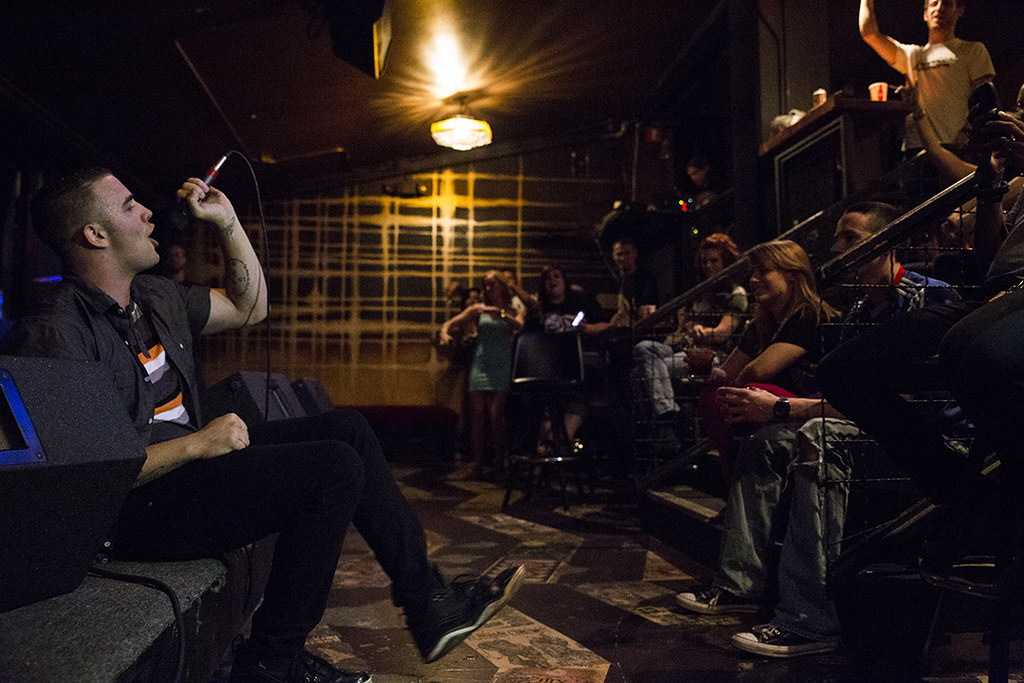 He rode along the beat, in pocket, with enough rhythmic and phrasing variance to keep a listener following with interest, not toward his delivery, but the narratives of reminiscing of childhood, fighting adversity, and of characters that lead hard lives.

Most attending were familiar with the songs, falling in line with Taylor’s call and response, and not missing a beat, miming hooks and choruses, participant and supportive from the first downbeat. Close friends of Taylor or not, their enthusiasm spread throughout the room, encouraging first-timers to take part in the show, as well.

Taylor would’ve left a well-warmed crowd for Louis Logic if half of them didn’t leave, taking some of the fun, comfortable and easy-going vibe with them.

Noticing the clear change, Logic joked as he finished his soundcheck, “We’re gonna pretend like we’re at a rap show for a bit.” Logic called the crowd down to the stage. Most of them still hug the bar.

“You know what, only five percent obeyed my instructions,” Logic said. “Oh, I’ll just bribe you down with good raps.”

Right away, Logic launched into a strange, “Being For The Benefit of Mr. Kite!”-esque opener, complete with circus-themed announcing and dizzying triplet-based rhymes. This was a complete turn from Taylor’s pop anthem rap with common rock chords and basic verse-sung chorus-verse structure. 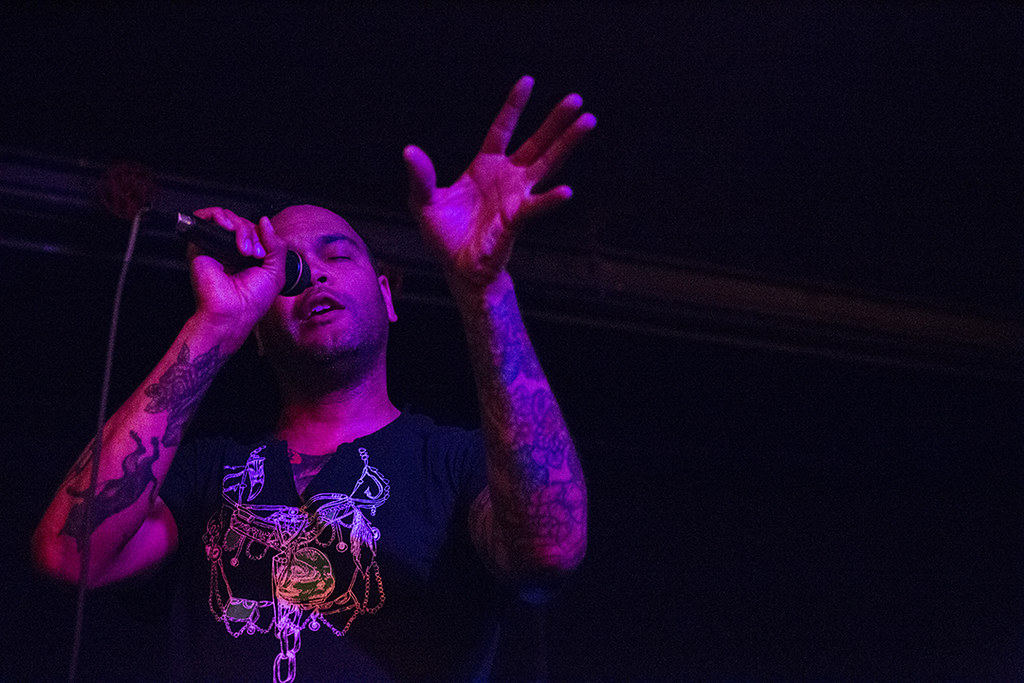 The crowd, caught off guard, could’ve easily checked out for the night, choosing not to try and follow Logic’s unconventional style. But soon after the song started, they were rocking along with Logic, who took command of the stage, as well as Taylor, even from behind his MacBook and old, grainy Casio.

But compared to Taylor’s, Logic’s music was far more theatrical, even operatic, with sung, piano-driven interludes and breakdowns in lieu of rallying choruses with hooks.

His set was unpredictable: after rapping what could almost have passed as a gypsy rendition of “The Real Slim Shady,” Logic switched from singing against what sounded like doo-wop backing vocals intro to another high-octane song in a completely different tempo and key. He even broke out his melodica for a clichéd, but endearing song about relationships, “They Don’t Make Them Like They Used To.” 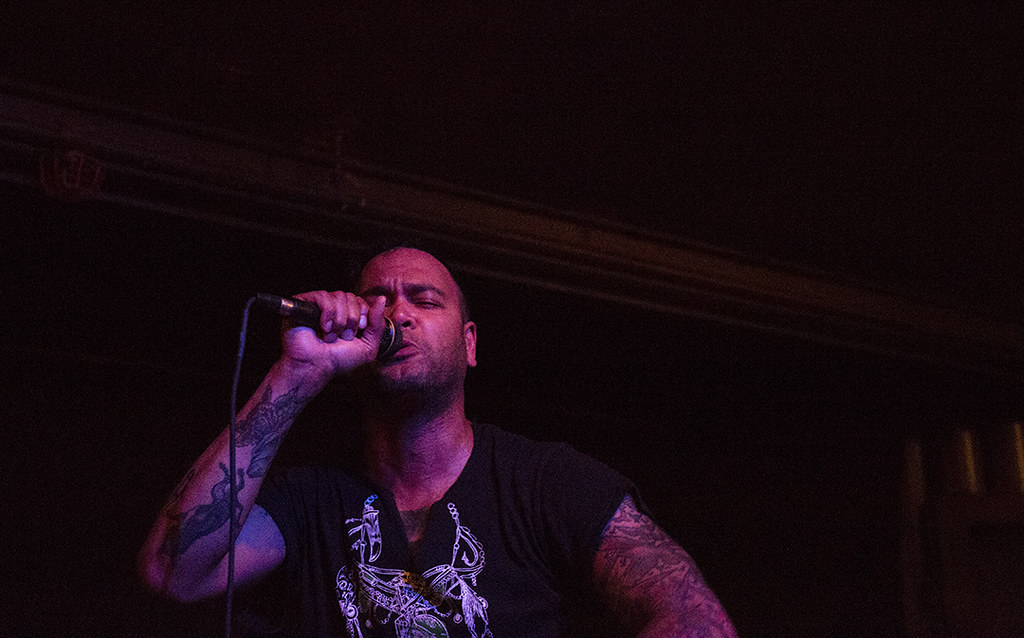 Hologram Kizzie’s set didn’t begin in a frenzy like Logic’s: she opted for slower and heavier hook-focused songs. It failed to carry over some of the intensity Logic left in the room, but made more space for her rhymes to hit harder.

Hologram Kizzie is a slight departure from her work as Psalm One on Rhymesayers’ label. The content is more explicit and adult in nature, but she is still pinned as a conscious emcee because she rhymes about gender inequality and social conditions in her hometown of Chicago.

In one of the rawest cuts of the set, “What A Movie,” she aired all beef she catches from people’s preconceptions about her life and history. 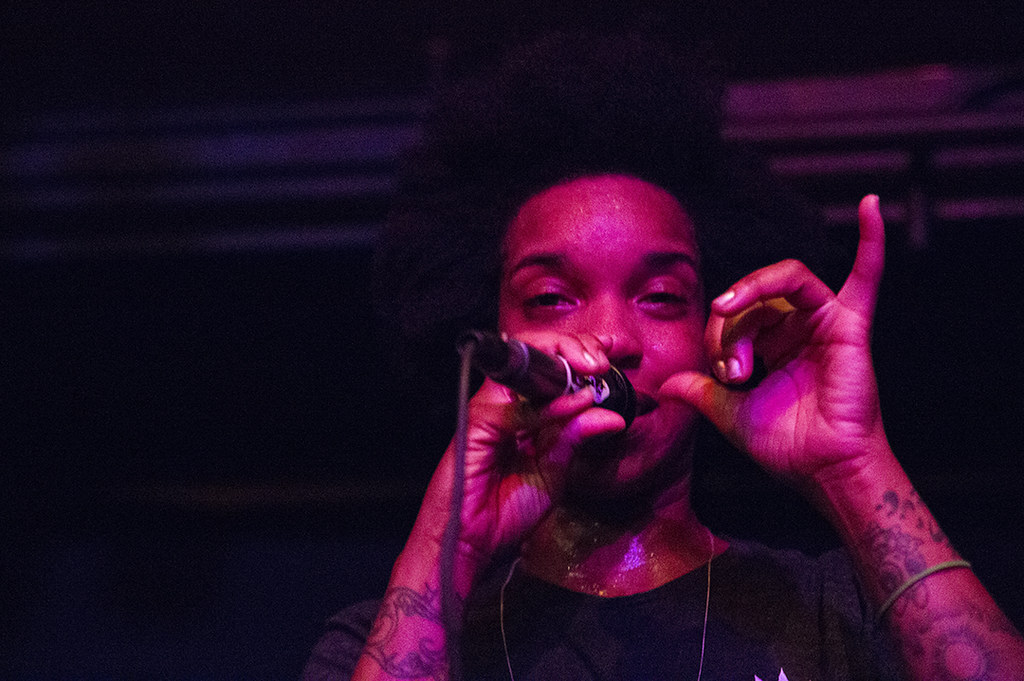 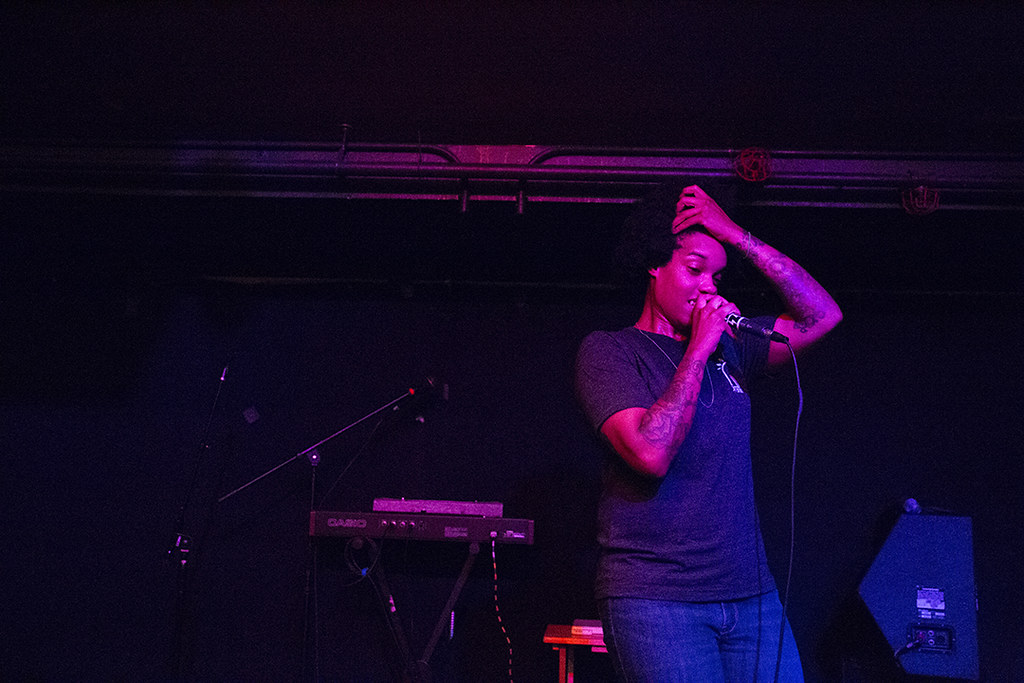 The infectious trap feel of “Take the Plunge” moved the crowd to dance for the first time that night. A relationship ballad with a tinge of humor, “So Silly,” produced by Flosstradamus’ Young Josh, had a calmer, smoother vibe, and still shook the room.

Though many songs had a slightly harder tone, like the Hood Internet-produced “A New Phaze,” but she won the Lincoln crowd over with her on-point lyricism on her darker tracks that demanded attention and careful listening from the Bourbon crowd, who responded in kind, seated on the steps before the stage, nodding in unison.

The front room of The Bourbon had sort of listening party atmosphere, at times like this, but rocked like a small, but live party in the earlier sets of Taylor and Logic. Despite the contrast in vibe, the audience responded to each performance in kind, just as committed as the performers.