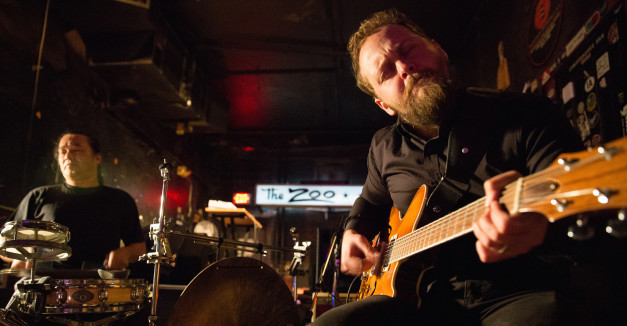 In the pantheon of great horror-based works of art, monolithic, cosmic indifference is frequent.

“We live on a placid island of ignorance in the midst of black seas of infinity, and it was not meant that we should voyage far,” renowned horror/sci-fi author H.P. Lovecraft writes in his influential 1928 short story “The Call of Cthulhu.”

It’s that sense of impalpable, yet fundamental, existential dread that Omaha jazz guitarist Luke Polipnick and visual artist Josh Norton aim to convey in the tradition of Lovecraft.

The duo launched a Kickstarter campaign this week for a vinyl pressing of Hideous Monolith: Chtulhu Interpretations, an experimental album and visual art collection that muses on the themes in Lovecraft’s Chtulhu mythos. Cthulhu is an ancient, havoc-wreaking deity made of part-dragon, -octopus and -human in Lovecraft’s fictional world.

Norton compares the themes of the tentacled, Pacific Ocean-dwelling monster — inspired by Alfred Tennyson’s Kraken — to wildfires, severe drought and famine. Artifacts of an ambivalent universe.

“These issues are impending doom,” Norton says. “Cthulhu is a creator, a destroyer. He’s total nihilism.”

For Norton and Polipnick, those themes resonate as strongly today as ever.

“I feel like that’s relevant to our condition right now,” Polipnick says. “I feel like our society, with runaway population, climate change, resource consumption, the inability to legislate positively in regards to these things, there’s a dread condition.”

Nearly two years ago, the two longtime friends began discussing the collaboration: a singular, multimedia piece of art that nods at inevitable ruin and worlds-long timescales.

“Lovecraft describes these infinite timelines,” Polipnick says. “There was something in the literature about how the earth had changed he was down there for so long. It’s not like [Chthulhu] has any animosity toward humanity, but you have the sense that if he got out of the water, it would just be like ‘smash,’ casually crushing civilizations in the way we would smash anthills.”

When you consider that album opener “Glacial Suite” is the entire first half of Hideous Monolith, relatively infinite time-spans begin to make sense. The world changes while the monster sleeps.

“Glacial Suite” mounts slowly with near undetectable momentum. Like Cthulhu himself, the track forsakes any audience desires or personal attention spans. It bleeds in and out of near silence. 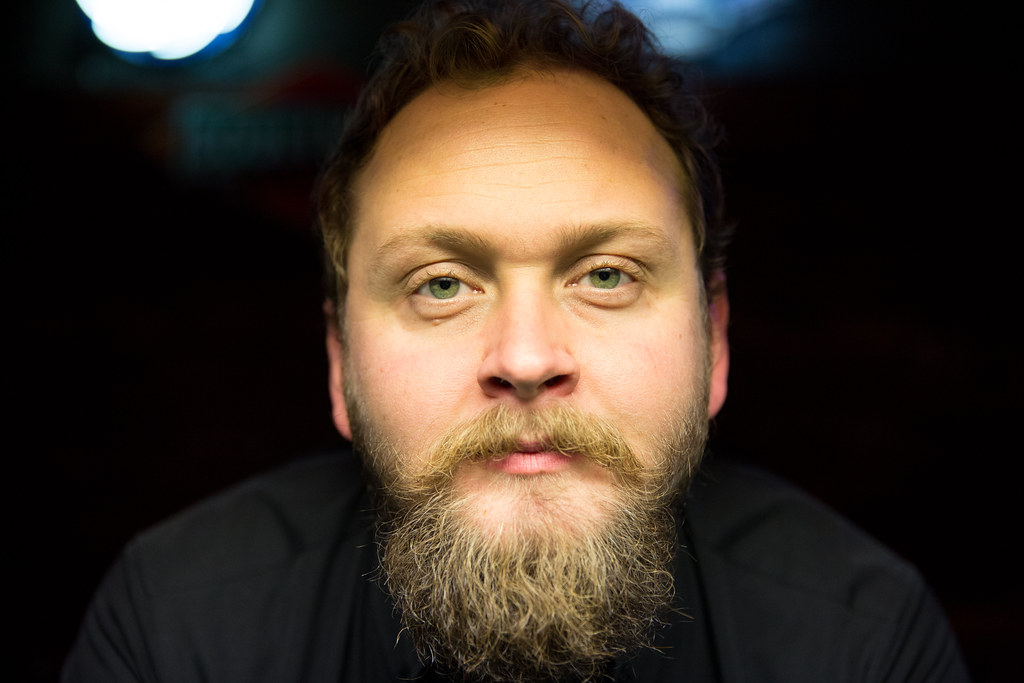 portrait of Polipnick by Will Stott

But by the track’s 15th of 17 minutes, feedback and distortion compete with a chaotic saxophone line. The hideous monolith awakes.

Reinterpreting Lovecraft’s work is no novelty in itself. The nearly century-old horror story has already inspired a board game, a film, a comic, a Metallica song, an entire universe of fanfiction. Search “Cthulhu tattoos” for even a passing glance at the sway the figure holds in contemporary culture.

But there is an imposing marriage of visuals and soundscapes in Hideous Monolith. It’s not merely a retelling through a different medium. The piece is more reformation than duplication. Wordless and evocative, Hideous Monolith invites its audience to take active part in imparting a narrative.

Of course, visual art and music have been apt companions for at least as long as recorded music has been available. But often, it exists as a supplementary album cover — it’s an entry point, a guideline, a marketing tool, even an afterthought. Rarely is it meant to be considered inseparable, to the point where the piece is incomplete without it. By Polipnick and Norton’s intentions, taking one without the other is like reading David Foster Wallace’s Infinite Jest and skipping the footnotes. Or listening to an episode of Breaking Bad without watching it.

To that end, Hideous Monolith is only available with both components, that is, consumers only get the digital download if they buy the vinyl package first.

It’s a whole-over-parts kind of consumption, the castle of the idealized album-listener. It’s for those who prefer a book of short stories enhanced and informed by each other’s inclusion versus stories that happen to be collected together. Like comparing Hubert Selby Jr.’s Last Exit to Brooklyn over Raymond Carver’s What We Talk About When We Talk About Love.

In Carver’s case, you can take one without the whole. In Selby Jr’s, and Polipnick’s and Norton’s, doing so risks butchering an artist’s vision and blinding an experience. After all, a 17-minute track isn’t necessarily iTunes friendly.

For Polipnick, who’s made his name on experimental and avant-garde music, communicating a narrative through a quartet’s wordless improvisation isn’t so foreign.

“It’s been done as long as people have been making music, abstract music, instrumental music,” Polipnick says. “I’m always trying to tell a story on some level. Everyone is trying to follow a thread, lead people along. It might be abstract, but there is a linear quality because it’s in time; you sit through it.”

In that sense, the music isn’t background music or a soundtrack for house-cleaning. The listening experience should be more like a young William Miller listening to Tommy for the first time in in Almost Famous. Secluded, headphones, attentive.

“It’s not easy listening,” Norton says. “It’s cinematic. It’s reminiscent of a narrative. If you’ve got a good imagination, you’ll get a lot out of it.”

Suggesting a narrative is often a matter of constructing signposts that direct an interpretational experience. Sometimes those signposts are song titles, as on his trio’s 2013 record Episodes. To that end, the visual art may help to draw a listener into the experience as something to occupy the eyes as equally as the ears.

The album’s front and back covers convey a dark and enormous stillness. A screen-print shows Chtulhu rising chaotically from an ocean, indifference on the monster’s face. The religious icon wheel recalls elements of Chtulhu’s faithful cult.

“Sit down with it at a turntable,” Norton says. “It will be important with the vinyl because it’s a two-sided thing.”

Industry folks have been crying the death of album-as-art since Napster’s birth. But Polipnick and Norton don’t seem worried. Like it’s source material and most cult-art, it exists outside of trends.

“It doesn’t concern me because it’s something that I like,” Norton says. “I’ve always been one to sit down with records and great record covers, contemplate the whole thing. Luke, too. This project is at foremost coming from Luke and I’s genuine interest in the topic and exploring it as artists.”

The process began with the cover art which nudged the music. Polipnick assembled Michael Lewis on saxophone, who plays bass with Andrew Bird and Bon Iver, Anthony Cox, who Polipnick calls a mentor, on bass and J.T. Bates on drums.

“The musical language that we used is largely pretty dense, atonal,” Polipnick says. “The timbre is something we consider carefully, they’re a little ugly. The instrumentation changes a lot.” 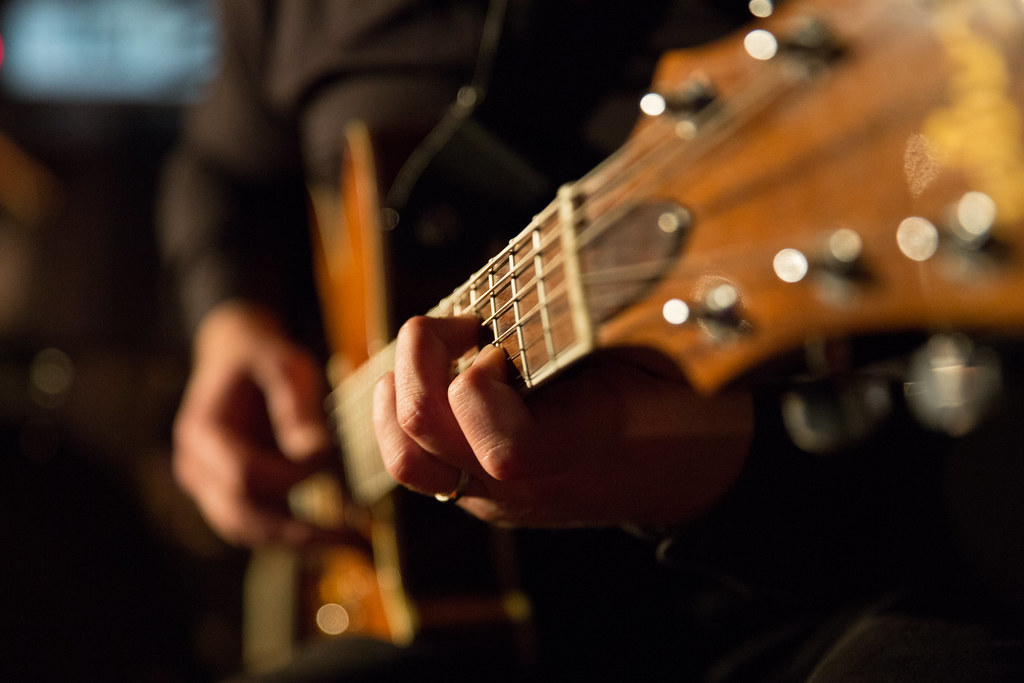 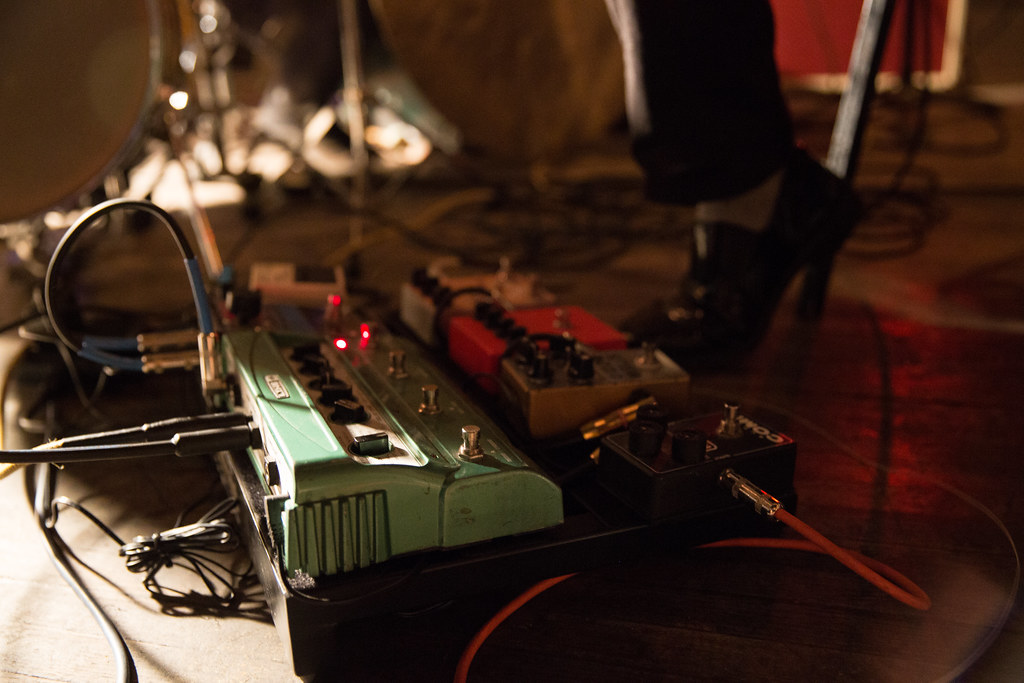 Those instrumental changes include the use of walkie-talkies on one track.

Because Polipnick and the band are all such good friends, he says their Minneapolis sessions were relaxed and easygoing. Still, it was unlike anything he’s ever done.

Normally, Polipnick meticulously composes music or plays totally free improvisation with no prior conversation. For Hideous Monolith, it was somewhere in the middle — inspired and directed by ideas and moods.

“I realized the people I have on [the record] are such incredible musicians and adept improvisers that I could talk about a shape or dynamic environment and describe it to them and they could do that,” he says. “It’s way cooler than anything I could write for the project.” 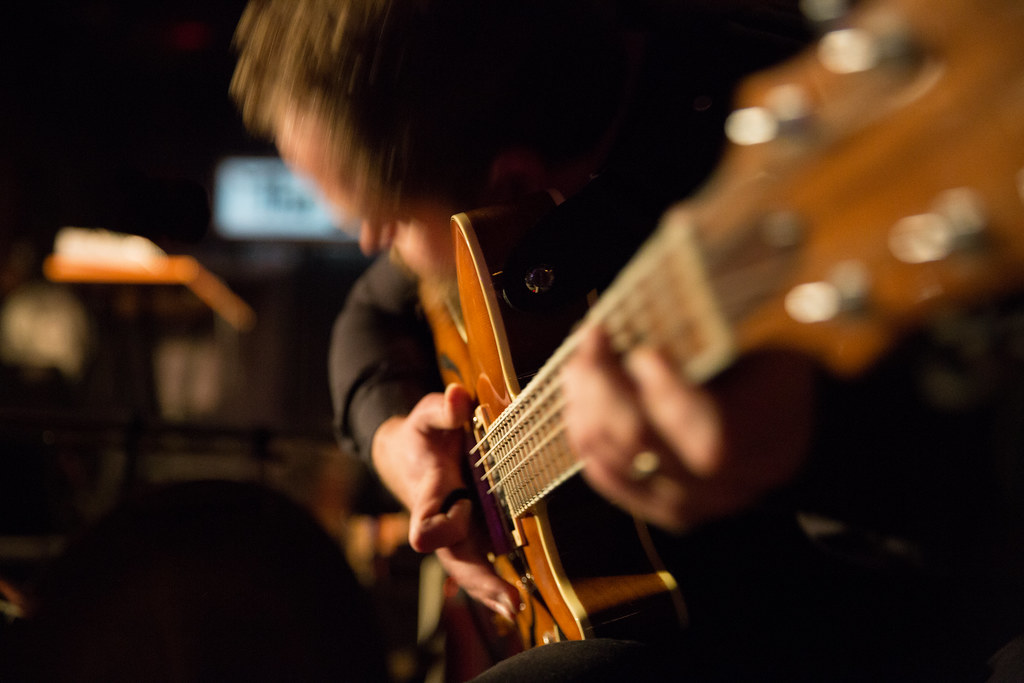 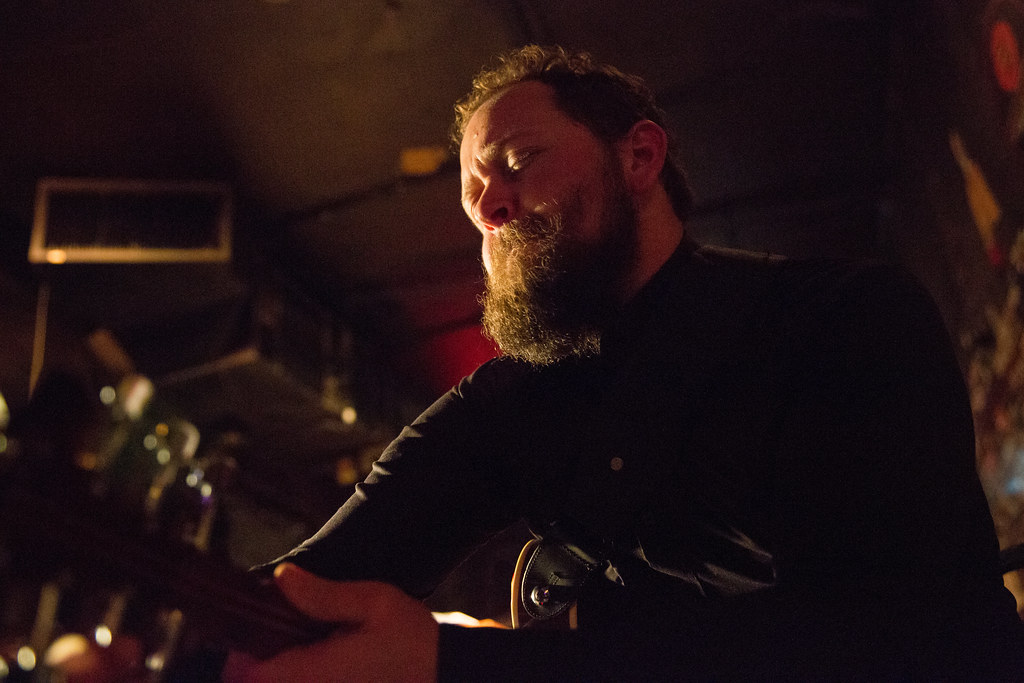 Hideous Monolith asks questions that can help shape how we create and consume. The project explores whether you can successfully, and freshly, illuminate a well-established narrative. It asks the audience to be an active participant over a passive observer.

Even if suggestively, the project invites its audience to consider the process without sacrificing the luster of a finished product.