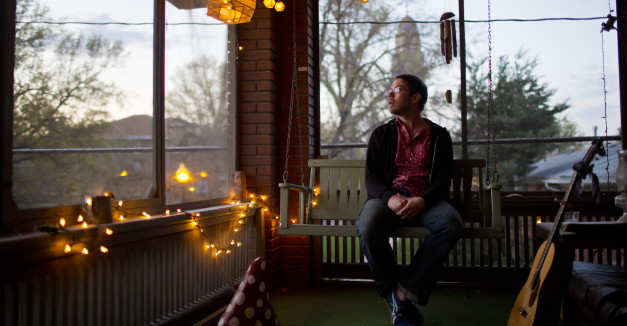 It’s some of the most furious finger work you’ll find in a Jack Hotel song, or more impressively, at the font of  any songwriter-led folk song.

If you’ve seen the Lincoln folk band out and about lately, you know it’s working with a large handful of songs that could make up a sophomore album. “Hattie Barlow” seems to be one of that crew. It showcases songwriter Günter Voelker’s imaginative character-drawing against backdrop of folklore, or perhaps more a feeling of Americana myth. Hattie is portrayed as a shape-shifting femme fatale who’s “impervious to flame,” familiar undeniably, though, to the song’s narrator. The speaker is one of Jack Hotel songs’ many knowing suckers and low-lifes, always with enough human grace to breathe on their own.

You can catch Jack Hotel as a full band at next Saturday’s Sower Fest. RSVP to the Duffy’s Tavern show here.