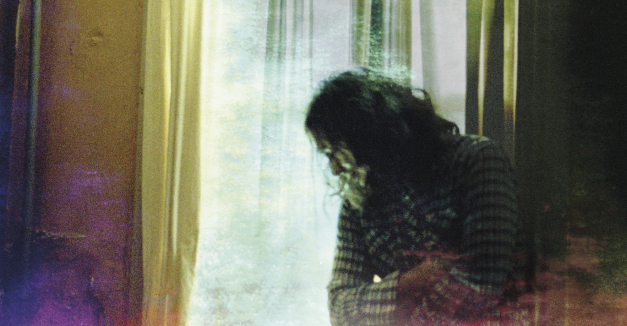 Modern Kin and John Klemmensen and the Party played to fewer than 20 people last night at Vega. Klemmensen amiably voiced his frustration after the band’s first song: “Oh Lincoln, you’ve always been like the hot girl at the party that won’t talk to me.”

His band has played Lincoln five times in the last couple years, including an opening spot for Matthew Sweet at Vega.

In total, there were more employees and members of the other band to bear witness than paying patrons, but both acts played like they didn’t notice — energetically, eager to put on a show. And both acts have probably seen their share of empty bars.

Klemmensen and company toured out to the Northwest this summer and Modern Kin, from Portland, is far from home.

At a smaller venue, maybe the size of the crowd wouldn’t have been so obvious, but Vega’s capacity made you wonder: where is everybody?

It’s not a huge surprise, perhaps, that Modern Kin didn’t draw many people. They’ve never played Lincoln before and as a band with just one release under their belt and a couple thousand Facebook followers, touring only really starts to pay-off on return visits. But Klemmensen is a different question. Why can’t a highly active, hyper-local Omaha band draw a crowd right down the road?

It could be a question of promotion, or the Tuesday show (working against $1 PBRs at Duffy’s). It’s probably a little of both and just as much of perception.

It might be a fair question to ask in reverse as well. Do Lincoln bands find success playing in Omaha? Can Lincolnites view Omaha acts as local, and vise-versa?

Twenty-four hours was all it took for the Neil Young and Willie Nelson Harvest the Hope concert to “officially” sell out its 6,500 tickets. This morning, 1% Productions announced 500 more tickets, available as of 10 a.m. Tickets are still $50, and they’re bound to go quickly. Buy here.

Hear Nebraska will be on hand all day at the Neligh, Neb., concert. Be sure to stop by our booth and say “hello.” We’ll have copies of “Hear Nebraska: Vol. 2” on solid-orange vinyl, T-shirts, Koozies. The works.

In other, 1% news, their email blast this morning also noted that Reverb Lounge will open Friday at 4 p.m. It also looks like the venue will squeeze in a local appetizer, Huge Fucking Waves, before Sunday’s big Sebadoh show. This is likely a move to christen and warm up the sound system, and make sure everything is in working order. The place is packed to the gills on Sunday.

The Omaha emcee XOBOI first hit our radar last month when he collaborated on the Sophomore Slump album with Marcey Yates. On that classroom-themed album, XOBOI stood out for his deliberately choppy, hyper-syllabic flow.

Yesterday, the Raleigh Science label released his new solo album, I BEFORE E. Op2mus (Yates’ production moniker) serves up beats that split and clank in equal measure, while XOBOI dabbles in an assembly line of pop cultural references. The raps shoot for a cross-section of geek cool, with references to Alice In Wonderland, Goldie Hawn, Tyler Durden and the Scream movies.

In all likelihood, Omaha concertgoers will be split into stylistic and generational camps tonight: CHVRCHES at Sokol Auditorium and The War On Drugs at The Waiting Room. With their synth-loving electro-pop, CHVRCHES is more likely to make dancers out of the crowd. The Scottish trio is still riding the massive wave of critical and live acclaim for its 2013 debut, The Bones of What You Believe. Tickets are $20.

Conversely, The War on Drugs’ new album Lost in the Dream may take the cake in a loaded year for 21st century rockists, outshining Ryan Adams and Spoon, alike. The Adam Granduciel-led Philadelphia band has garnered rave reviews for Lost in the Dream, an album that embraces long-winded Americana guitar solos. But with its slightly hazy production, it also feels like its racing down an unending interstate, a kind of spacious amazement reminiscent of U2’s ‘80s coming-to-America albums. Tickets are $15, and Califone opens the show.

Synaesthesia Omaha happens tonight at Bancroft Street Market with The Color-Tone Drone Orchestra. The performance will use multiple colored lights to give cues to the 16-guitarist ensemble in place of sheet music. The light system conducts the guitarists, divided into groups of four and allows the audience to make associations between the colors they see and the music they hear.

Tbd, an Omaha dance collective, and Dereck Higgins will open. The event is $5. RSVP here.