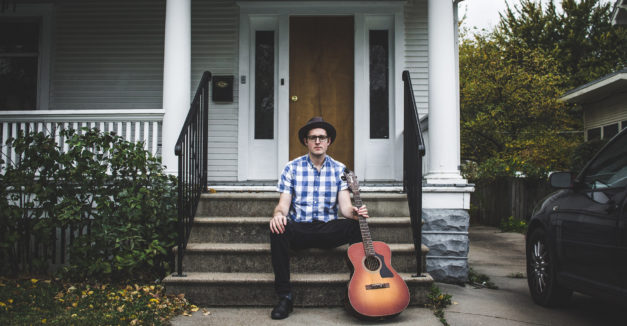 The sights and sounds of leaving envelope Will Hutchinson. He sings from a bus stop at the northeast corner of Lincoln’s 17th and South streets, but it could be anywhere in Middle America. The cars whooshing by add an air of anticipation; the next one might take him away to the next place.

“Gypsy” is a gently rolling folk song about the pains of troubadourism, rougher and more grating when one’s heart longs for a partner from which it separated long ago. Hutchinson mourns the relics linking him to the past — the tambourine he sold for a one-way ticket, the radio he speaks to with perhaps no receiving end. While not shy about having made the choice, it offers a constant question it as the distance grinds him down.

Embedded in the Lincoln songwriter’s latest album Wildflower People, “Gypsy” gives but one traveler’s perspective, fleshing out feelings of wonder and excitement and loneliness all born of the path. Hutchinson’s soft, soothing voice and the song’s deliberate march help bring the road to life.

Watch him perform “Gypsy” below: