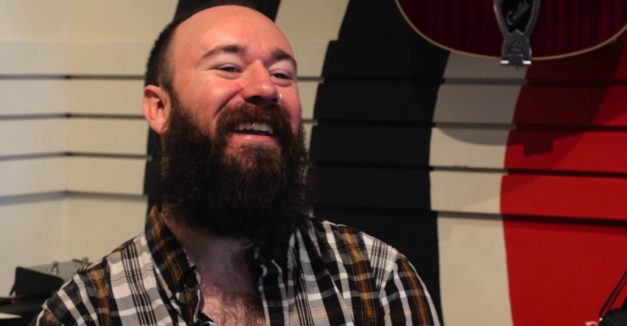 Despite its amenities, there’s something about Omaha’s newest guitar retailer that makes it a neighborhood joint.

A customer could walk into Ground Floor Guitar on a random day and find an Omaha band rehearsing in its state-of-the-art practice space. Or perhaps a nearby resident trying out a Reverend or Gibson. Or maybe a touring act is headed out on the road, dropping in to stock up on drumsticks and strings.

Whatever the need, the Blackstone District store, opened in April this year and run entirely by working Omaha musicians, seems oriented toward the artists it serves. From custom orders to its outfitted, recording-ready rehearsal room, it’s a one-stop shop that general manager Josh Soto says is ready to evolve with its customers.

“Overall, everyone’s input is going to really shape who we are and what we’re defined by, and I’m really excited about that,” Soto says.

Take a look inside Ground Floor Guitar below: