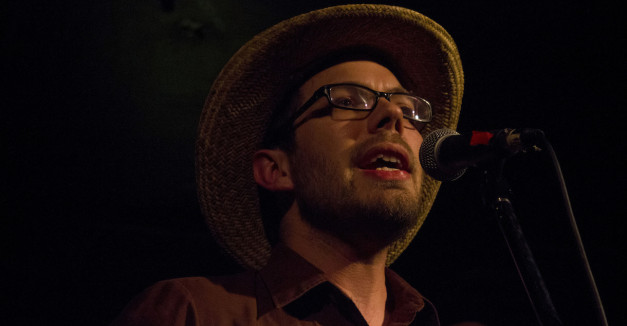 Good Sons and Daughters, the full-length debut from Lincoln-based bluegrass group Jack Hotel, is your traditional folk record, but is in many ways an exercise in composition, storytelling, and perspective.

Musically, the band is as tight and crisp on the album as they are live. Good Sons and Daughters retains that “afternoon front porch jam” feeling that’s so appealing about folk groups, but still plays as an album. Rehearsed, composed and controlled.

It has been pressed on vinyl, and fittingly feels split into halves. The tracks on Side A are certain takes on blues and bluegrass styles and forms, which is common-walked ground for folk bands. However, Jack Hotel makes interesting musical, compositional and lyrical choices on tracks like “Sideways Lightning Blues,” suggesting the group has less preservationist intentions when performing folk music, and is more concerned with achieving a distinct, if not modern (and inherently Nebraskan) sound.

That show of authorship certainly comes through Good Sons and Daughters’ second side, where singer-songwriter and frontman Günter Voelker assumes the role of raconteur, crafting narratives of meth cooks, villains, loners and innocents seeking redemption.

A self-proclaimed and avid short story student, Voelker toys with the conventional “character song” as any fiction writer would. Often, he follows the perspective of a core character, and the song’s form and language takes after the character’s voice and personality.

Voelker’s character pieces are vignettes, not Dylan-esque epics, designed to give the listener a complete view of a character not by narrative alone, but by the impression they’ve left upon the music, and the fingerprints they leave on the lyrics.The plot is almost secondary, and as result, the listener is sometimes left to reconcile the critical moral of tales that weren’t necessarily penned to be cautionary.

At its heart a traditional folk album, Good Sons and Daughters engages the listener in unexpected ways, musically and lyrically, whether it be through the depth of Voelker’s characters or through the ensemble-oriented music.