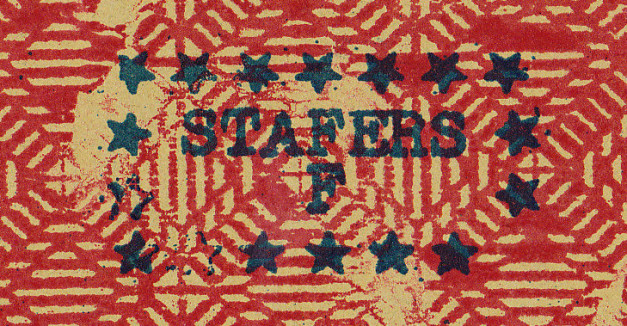 Feel free to make some associations when you put on Good Message, Poor English, the new full-length cassette from Staffers. Between continuing an Omaha tradition and expanding on another project’s catalogue, Ryan McKeever’s lo-fi garage solo project all but asks for it.

Buy the album on Unread here, listen to it here. Sweatshop hosts an album release show on Friday.

While Staffers, with its tightly-focused composition, does feel more like work from behind a closed bedroom door than four friends in a garage, the aesthetic differences are spare.

“I do know that I am not trying to feel like I’m changing music or anything now. I just want to record and write more songs and have a good time with it,” McKeever told us.

Telepathy Problems aside, Staffers is next in a long line of Omaha lo-fi pushers. Yuppies’ meandering-yet-tense, white-knuckle garage rock was Omaha’s most recent breakout from that school. But the family tree goes back at least as far as Simon Joyner’s 1992 debut, Umbilical Chords. Certainly, McKeever’s wailing voice owes its imprecision to Joyner’s work.

Lineage and analog buzz aren’t the only pieces to Good Message, though. The album is as equally a love letter to McKeever’s guitar. “California Squatters” and “Eaten Alive,” among others, rely heavily on arid riffs that would live comfortably on any Big Star record. On others, like “Vacation,” the guitar is given free range to wander around in higher registers just beneath McKeever’s droning voice.

Perhaps most of all, Good Message, Poor English stands apart for an utter lack of concern for dynamics. Every component reaches equally through the speakers. If each instrument has a threshold, McKeever runs to it and never backs off through the album’s nine tracks.

The result is a heady, breathless sprint, endlessly wrapping into and around itself. For that, Good Message treads as much psychedelic water as discordant garage rock can.