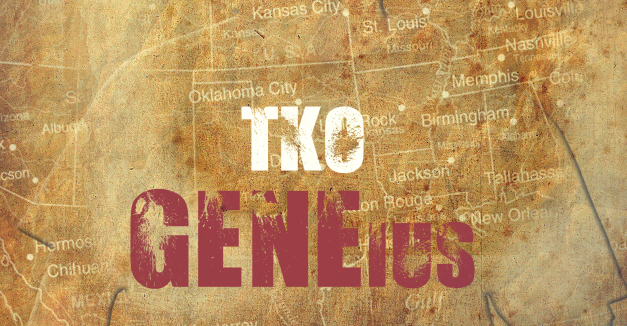 If you want to make a point, set it to an ominous cathedral bell and a gothic, all-minor piano riff.

The listener is somewhat on notice before Omaha emcee TKO evens strikes up the first words to his new single “Get Money.” It’s the first release from his forthcoming sophomore record, GENEius.

In the verses to follow, TKO (aka Gene Poindexter) applies his deepening voice a fairly earnest and seemingly autobiographical picture. He references the lead song from his first release, God King, lyrically brushing off anyone who may have taken issue with the deified self-coronation. Then, “Get Money,” marches on as a rap-radio grind song: no time for the naysayers when there’s forward progress to be made. In that way, “Get Money,” beyond the cash trope, is a striver’s anthem than unfolds across every genre. It’s the song of blue collar sharks in rock, folk, hip-hop and blues: if you’re not moving, you’re hardly living.

Moreover, “Get Money” brings up an interesting chicken-egg question. Persona-wise, it is its own creation. It’s a psyched-up covenant with its own idea of productivity, a promise to create more songs like it.

TKO releases GENEius on Friday, Dec. 19 at The Waiting Room. RSVP to the event here.

Now, here’s the premiere of “Get Money” by TKO: