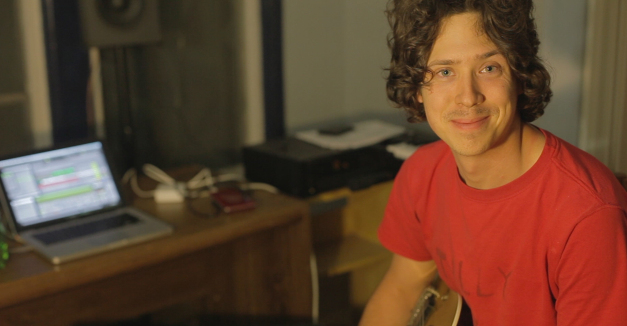 It’s dance music. The beat will do what it does, and the crowd will likely gravitate toward it. But this opens up a wonderland of tones and voices for Fackler’s guitar: everything from double-weaving delay pedals to Octasynth sounds to using his Super Shifter pedal like a harrowing squeaky toy on “Sex To the Devil.”

So for you gear-heads to the bystanders wondering how Icky Blossoms’ most adventurous sounds come to pass, this one’s for you: Fackler walks you through his pedal board and some of his favorite playing techniques.

Stay tuned, as Icky Blossoms’ second record is expected out in 2015. In July, Fackler told Hear Nebraska the band was finishing up tracking.