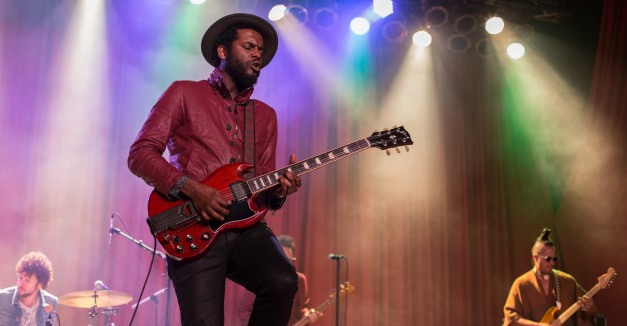 Gary Clark Jr. has garnered a bold comparison amongst rock critics as a guitar-playing, Hendrix-rebirth rock prodigy. That persona resonated even deeper last night when a wave came over Clark, who put his guitar pick in his mouth and pierced his Gibson’s ponticello with bare fingers. Clark didn’t teeth his guitar strings the way Hendrix was known to do, still it was the moment of the night nonetheless.

The Grammy-winning, Austin-raised guitarist and songwriter brought out an age-neutral audience to Sokol Auditorium. An 85 degree Sunday had turned into a cool and breezy spring night, and the temperature inside the crowded Omaha venue could only be described as hot.

The Canadian rock duo Black Pistol Fire literally kicked off the night, guitarist Kevin McKeown sliding his feet across the wooden stage with each note. Shirtless drummer Eric Owen sat adjacent to non-stop moving McKeown, keeping up with his bandmate’s energy impressively well. As a rock duo, Black Pistol Fire is naturally minimalistic in its approach, however the energetic group knew how to make use of its allocated space both on and off stage. McKeown would often hop on top of a monitor, Owen’s kick drum and, at one point, a security guard’s shoulders, to shred a finger-flicking solo. The tempo changes that fluctuated from fearlessly frantic to stunningly sharp made McKeown’s raw and rubbery riffage hard to forget. 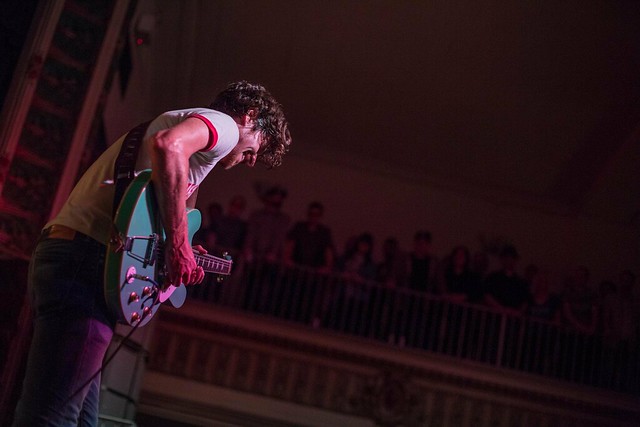 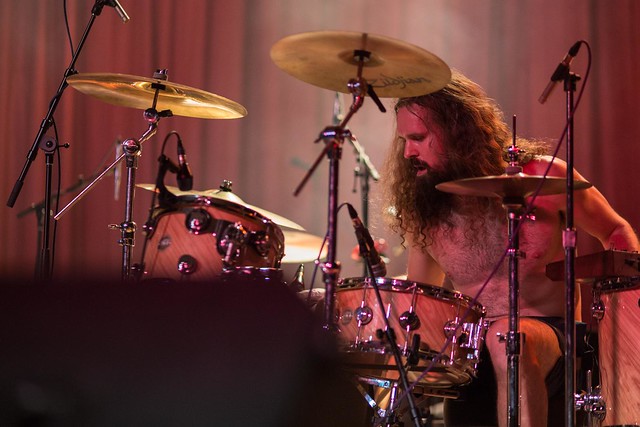 After a 20-minute change over, an ear-grabbing guitar progression emitted from the dimmed Sokol stage, a subtlety that matched the crowd’s rising anticipation for Gary Clark Jr. The nearly pitch-black pit was packed shoulder-to-shoulder with fans whose cell phones attempted to capture the rock prodigy’s revealment. Those who couldn’t see over the swarm of people were forced to watch the performance through their screens, while others watched with great vantage from the balcony. 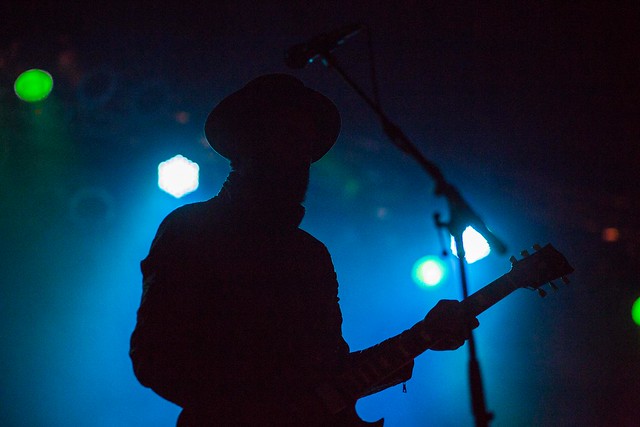 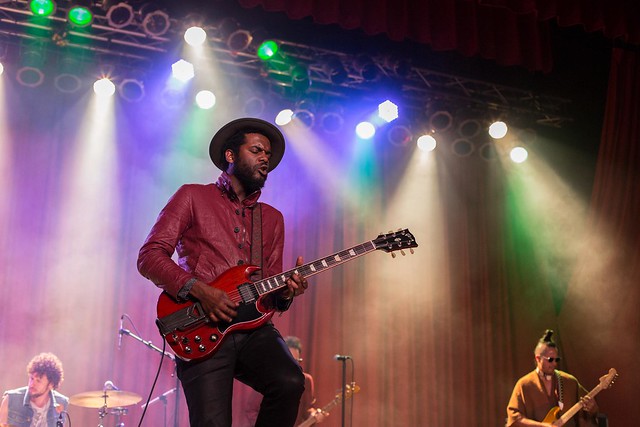 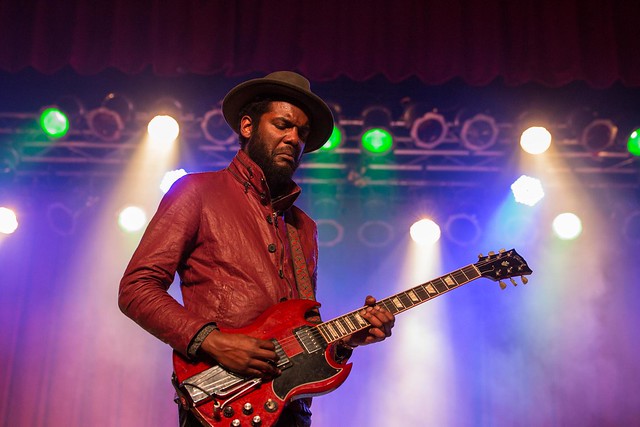 Clark’s performance was representative of a multidimensional sound spectrum. His cool, laid-back demeanor contrasted intense his guitar riffs, emulating rule-breakers like Hendrix and trend-setters like Jimmie Vaughn. Clark often shared historical stages — like Clifford Antone’s blues hall, for one — with the latter during his early years of breaking into Austin’s vibrant music scene. It was in those dingy Texas concert halls that Clark cut his teeth.

This rich, cultural upbringing could be felt through the rock-blues licks that amplified from Clark’s crowd-gripping guitar. Bassist Johnny Bradley intently mirrored Clark’s delivery, leaning into his finger-thudding bass with each pickless prod. Songs like “Third Stone From The Sun,” highlighted drummer Johnny Radelat’s funky fills as he bridged gaps between long, climatic pause. These up-tempoed beats were juxtapositioned by rhythm guitarist Eric “King” Zapata, who’d often go off on a guitar solo while Clark gave his hands a rest, serenading the crowd with his falsetto vocals, as in the performance of “Bright Lights.” 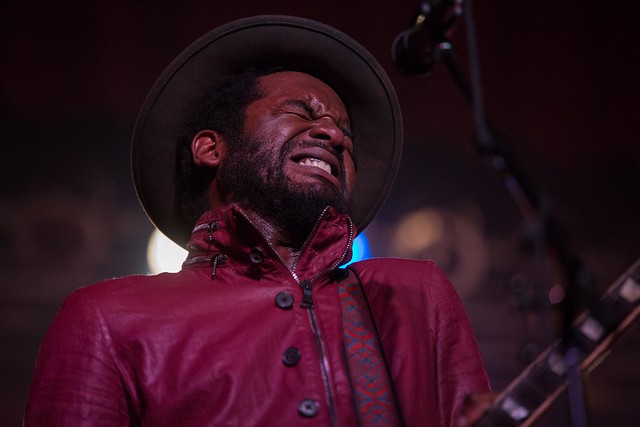 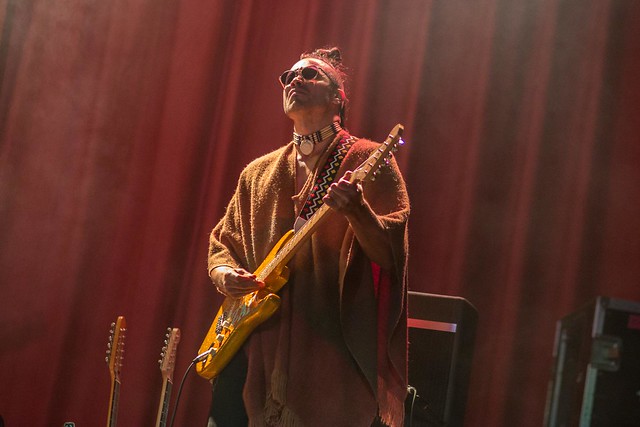 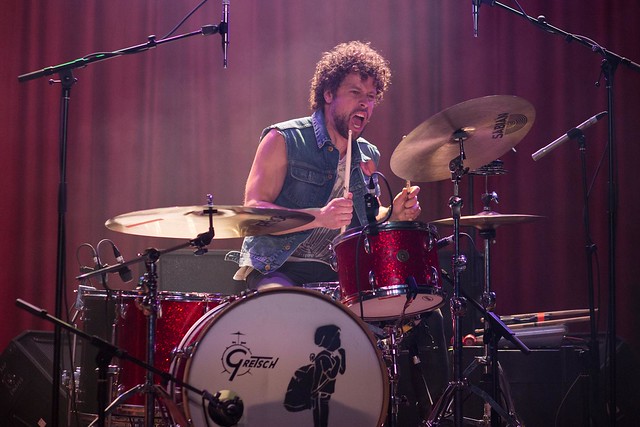 For as smooth and sexy as Clark’s guitar wah-wahing was, the Omaha crowd was surprisingly stiff, only the most careless attendees bursting their heart-felt moves. However, this show wasn’t so much about dancing as it was about feeling. This was evident from the way that some Clark fans lipped every word throughout the two-hour set, closing their eyes and taking in each bluesy riff. Or by the way the crowd let out a long, howling applause after a three-song encore. “That’s it,” Clark said, as he disappeared backstage. 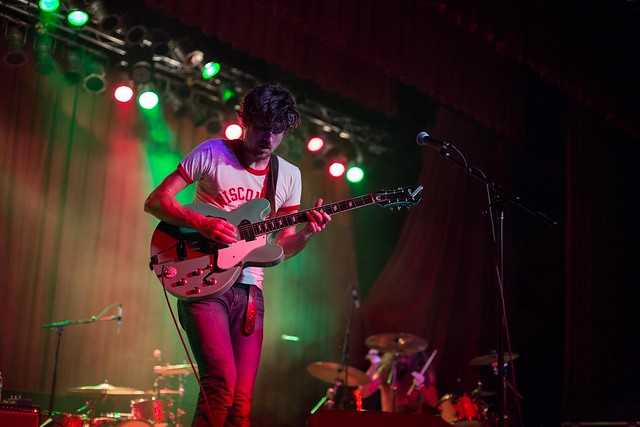 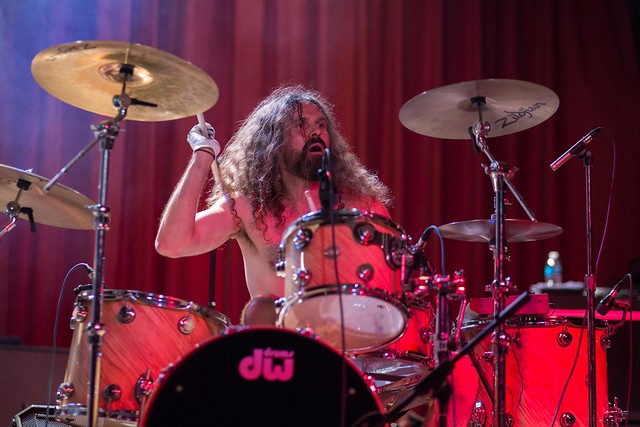 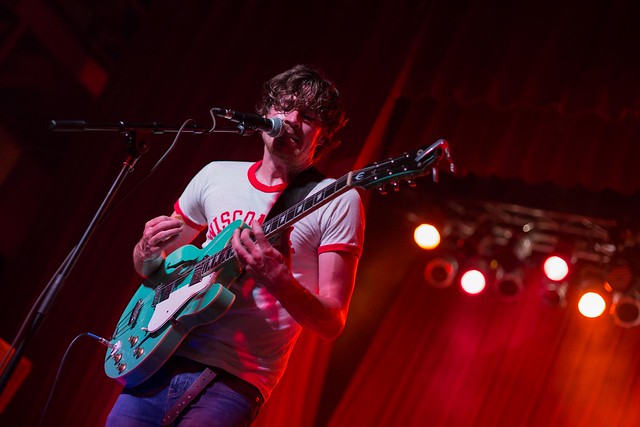 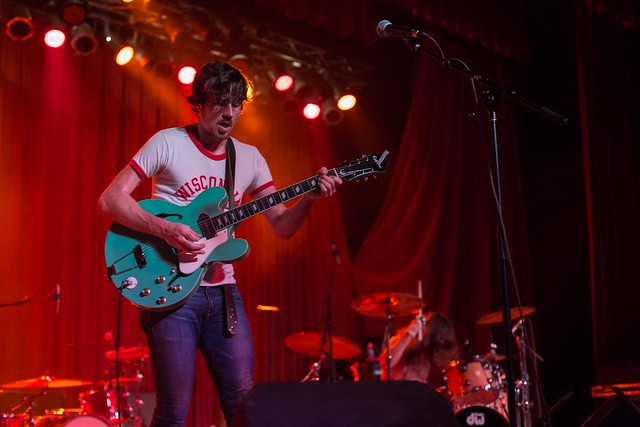 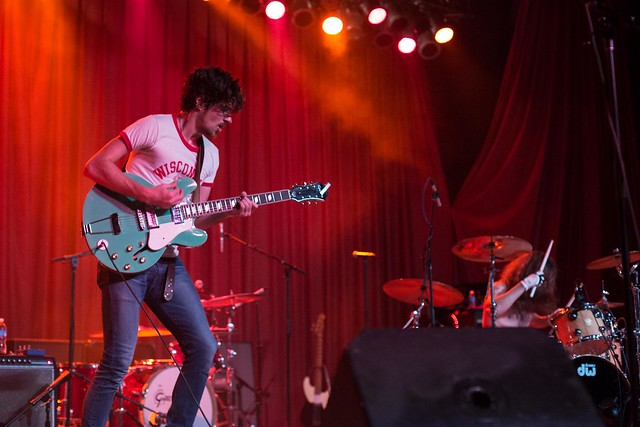 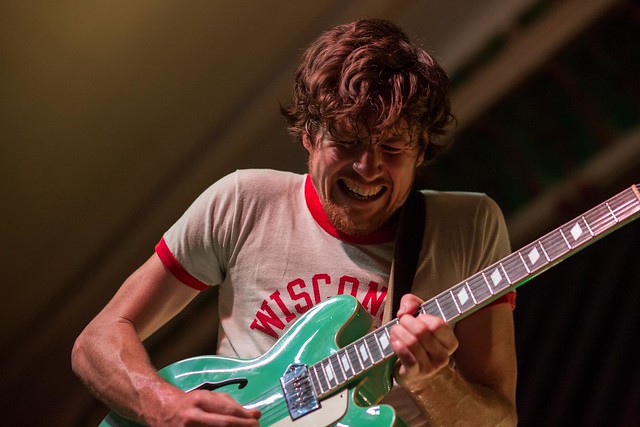 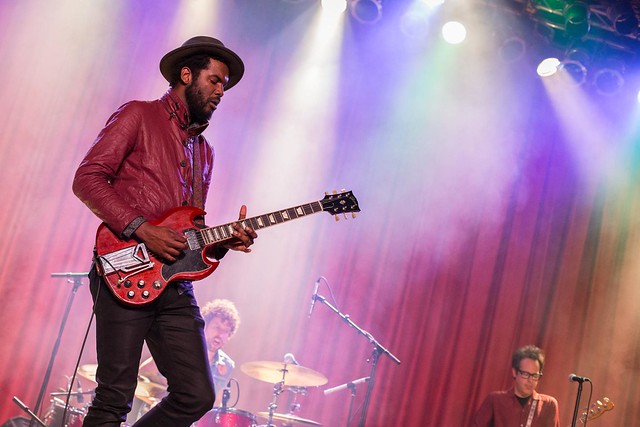 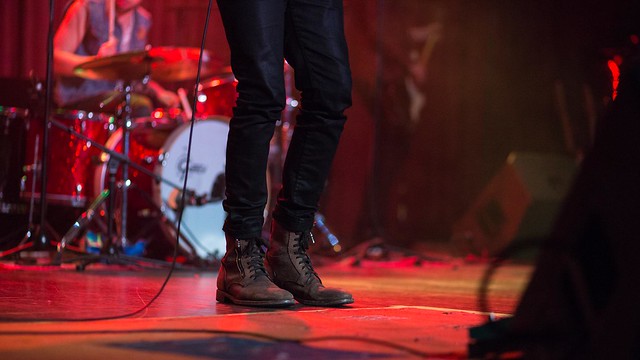 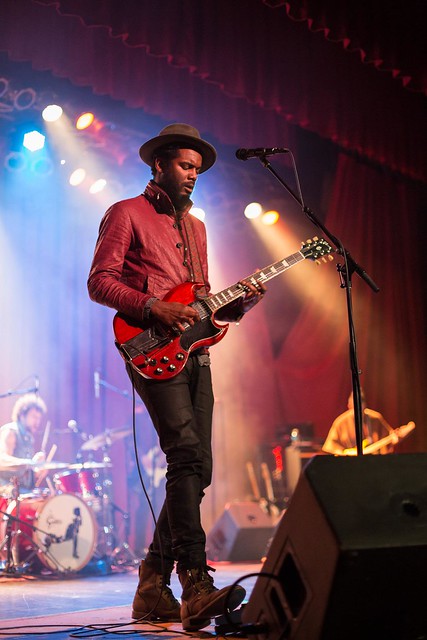 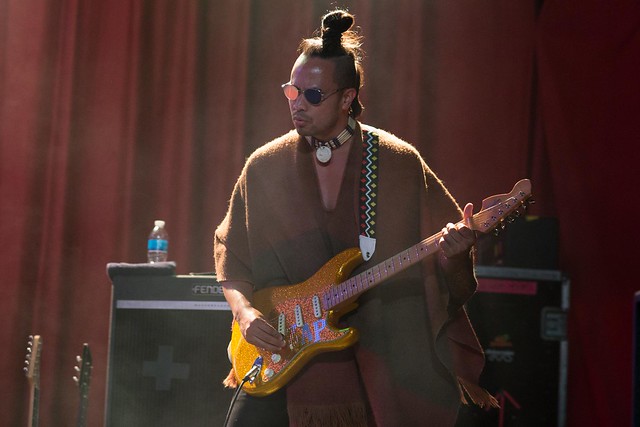 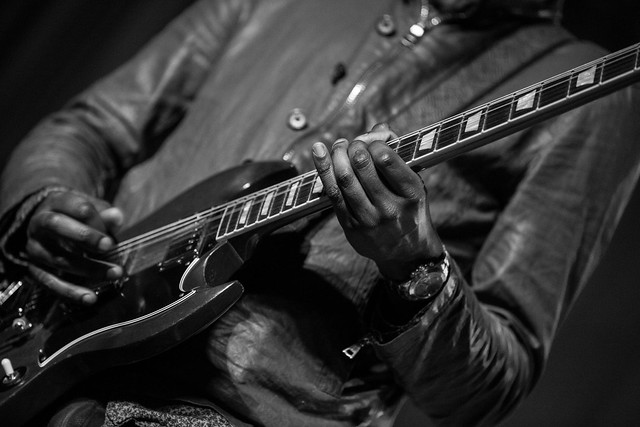 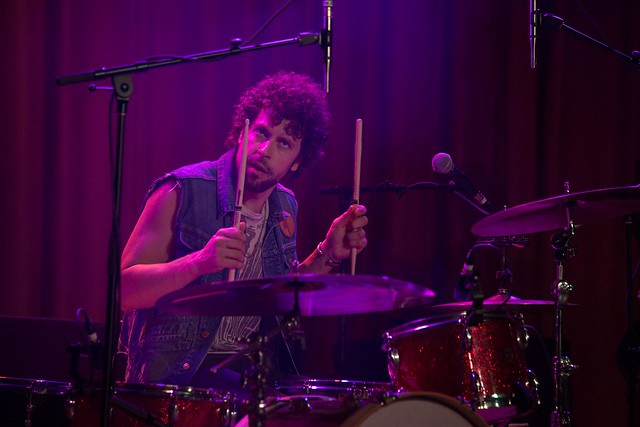 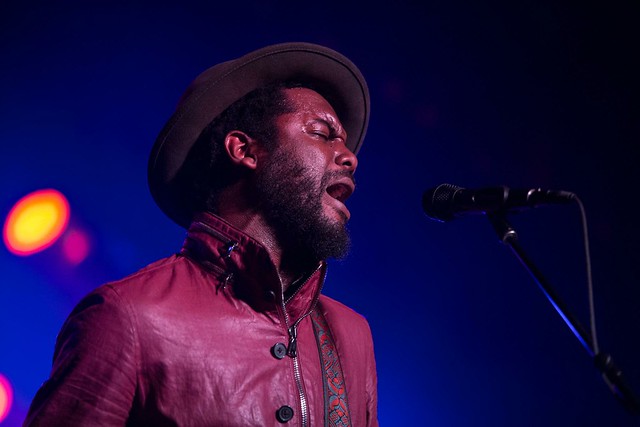 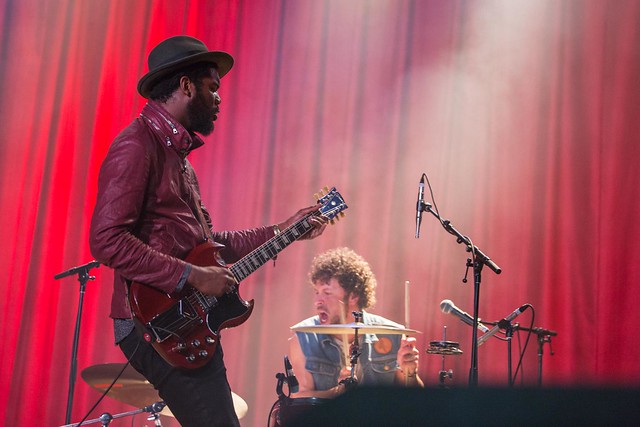 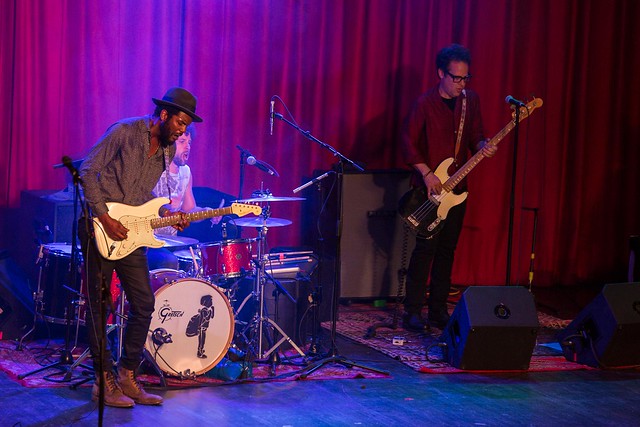 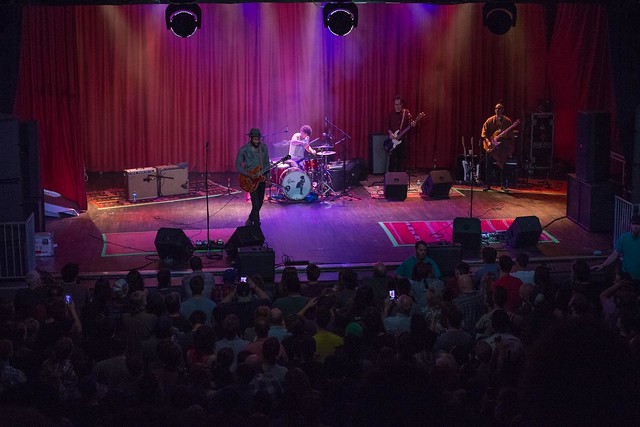