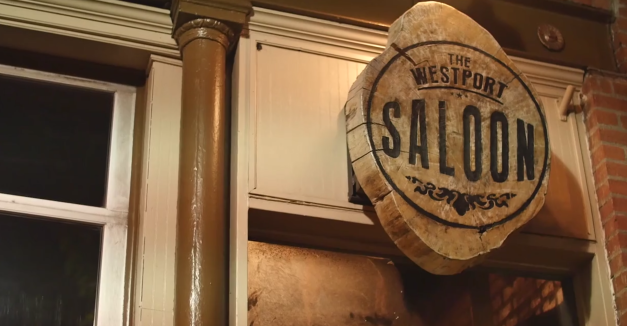 The Westport Saloon is the self-proclaimed “ground zero” of the local Kansas City roots scene. Situated in the heart of Westport, The Saloon brings a solid rotation of up-and-coming artists from the area and beyond. Not content to operate as a mere venue, The Westport Saloon is home to a record label and start-up magazine, as well. In 2013, Entertainment Coordinator Jody Hendrix moved Little Class Records from his basement to the office space just above The Saloon. During the following year, Little Class Records went from releasing a couple records a year to a full roster of artists, cementing its bonafides in Kansas City. American Roots Magazine, also edited by Hendrix, just released its first issue and has been met with high demand from music fans. Although The Westport Saloon is a relative newcomer to Kansas City, the venue has quickly become the go-to spot for your local folkie fix.