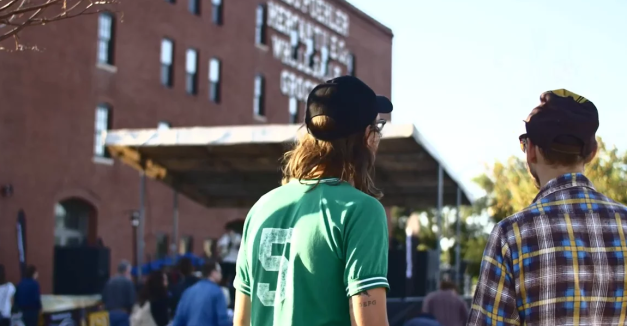 [Editor’s note: Free State Folk is the video project of Hear Nebraska contributor Jacob Frese, meant to show commonalities and stand-out features of Nebraska’s sister scenes.]
* * *
Omaha. Lincoln. Ames. Eureka Springs. Lawrence. Kansas City. Minneapolis. St. Paul. These places are the focal points of a burgeoning scene; not just in Nebraska, but across the Midwest. The major label execs might not know it, but there’s a lot more going on in “flyover country” than meets the eye.

Just a quick drive down I-29, Kansas has a lot in common with its northern neighbor. Rowdy rock clubs. Up-and-coming record labels. And most importantly, a dynamic community of musicians with serious talent. United by more than mere geographic locality, Nebraska and Kansas feature many bastions of culture amidst a landscape of silos and cornfields.

I’ve spent a lot of time in Nebraska frequenting live music staples in Omaha and Lincoln. As a longtime fan of both scenes, I wanted to share some of the best venues in the area with my northern neighbors, including (but not limited to): the dives, the local speakeasy staples, the places where the music lives.

Formed out of the Fresh Art Collective in 2007, SeedCo has been a vital part of the Lawrence scene over the last few years. The collective moved from space to space before finally finding its home in the Warehouse Arts District in East Lawrence. The founders turned what was an abandoned warehouse — formerly Bartlett’s Seed Company — into their home, keeping the title of the former occupants as its namesake. SeedCo Studios hosts a variety of local artists, including the puppet-populated Felt Show and DIY record label Whatever Forever.

The inaugural SeedCo Harvest Festival was held on September 13, 2014. The community came out strong in support of local art and raised over $15,000 for local youth charities. The accompanying video piece features the bands Your Friend and Oils, in addition to many local businesses and visual artists. Special thanks to Erok Johanssen and Handbuilt Productions.