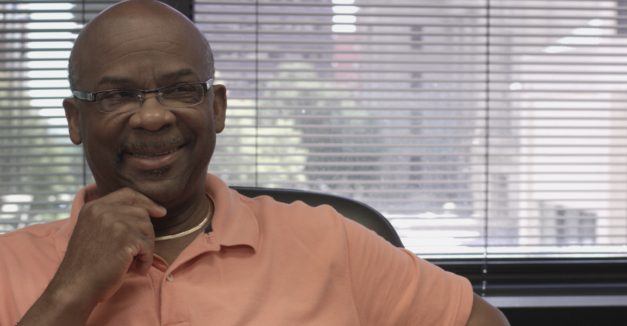 Many Omaha residents know Franklin Thompson as a dedicated city council member, representing City Council District 6 since 2001 and serving as Chair of the City Council’s Parks and Convention and Visitor’s Bureau Committee and as a member of the Human Resources and Library, Human Rights and Relations and Planning Committees.

Students and their parents may know him as a long-time teacher, first for Omaha Public Schools and currently as a professor at the University of Nebraska-Omaha, where his interests lie in multi-cultural education, race relations, at-risk youth, urban education and poverty.

But before all of that, Franklin Thompson’s passion was music. A child of the 1960’s, Thompson grew up during the Civil Rights Era, in the thick of black people’s struggle for equality. To cope with the difficulties he and others faced, Thompson says, he turned to music as an outlet.

Throughout his musical career, Thompson has released a number of albums preaching social justice and uplifting his fellow community members. His electro-funk sound even reached national ears; two of his records — Planet Jumper and Anniversary — were picked up by Stones Throw, which has released music by the likes of J Dilla and Mad Lib.

In the following video interview, Keith Rodger (aka DJ Kethro) stopped by Thompson’s office to get the scoop on the city council person’s musical background, his focus on social and economic justice and how the two interact.