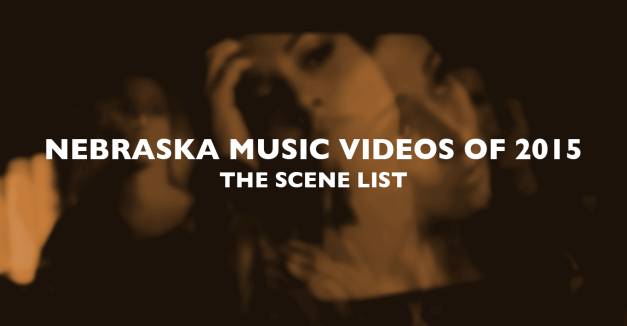 To help assess the year in music, we asked more than a dozen musicians, journalists and scene figures for their favorite albums, songs, shows and events of the year. Check out more in our scene list series here.

Read on as our year-end contributors identify their favorite Nebraska music videos of 2015. The list includes multiple mentions of outside-the-box thinking and a handful of live performances.

I realize folks put a lot of effort into making great music videos in 2015, but Nickolai Hammar’s intimate Sonata Session videos have just stood head and shoulders above the crowd. His video for “Social Expectations” by Both came to mind instantly.

The combination of this surf rock riff and the superb dance moves from the members of Lineman’s Rodeo makes this, easily, my favorite music video of 2015.

I’m completely turning into my mother. When I listen to songs, I’m always like “What was that? What did she say? Where are the liner notes? What do you mean, no liner notes?!” So, naturally I loved FREAKABOUT‘s lyric video for “Never Have I Ever.”

Twinsmith – “Alligator Years” was the one I watched the most. Usually on mute. The puppetry was real fun to do and Jordan drew a really cool hamburger dude on a skateboard that you can see in the background. I like looking at it for sure.

Twinsmith’s video for Alligator Years. The alligator puppets were hilarious and very memorable.

BOTH’s “Airwaves” video was not only a awesome video, it was one of my favorite songs. I’m psyched to see them play more shows this next year! Please come to Lincoln more often dudes!

I hate having to mention them twice (you’re welcome), but Icky Blossoms’ video for “In Folds.”

Icky Blossom’s “In Folds.” Nik Fackler and Derek Pressnall knock it out of the park with this one. It’s a great vision for the song, and it’s acted out beautifully!

Prove Momma Wrong by Belles and Whistles : I have loved Belles and Whistles for a while now and then they came with song and video. They have always reminded me of The Judds and this song solidified that comparison. The harmonies and delivery were everything! Jaime and Kelli can do no wrong!