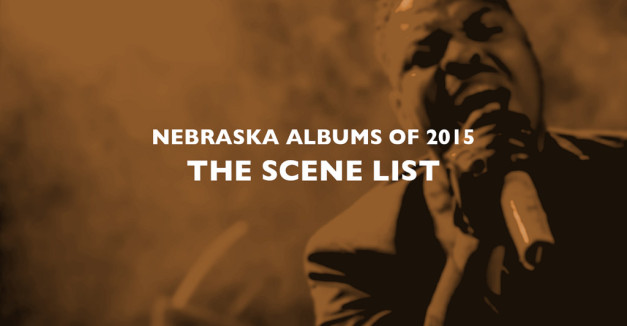 Nebraska music saw its fair share of memorable moments in 2015. To help assess the year in music, we asked more than a dozen musicians, journalists and scene figures for their favorite albums, songs, shows and events of the year. Check back each day over the next few weeks for more reflections and predictions.

Read on for some of the most well-loved Nebraska albums released this year, including a few repeat favorites from up-and-coming acts, and a few scene stalwarts.

Holy shit. Not only does she obviously shred, CJ’s work ethic blows me away and I am constantly inspired by her. “Come Around for Me” is so catchy and her phrasing is spot on. How many songwriters can rhyme jelly with tell me and make it sound cool. I can’t.

This is super tied with John Klemmensen and The Party, Party All Night – I just love John’s writing and I’m so happy to finally have those songs whenever I need them.

Broken Glass in the Sun by Kill County

In the Glow by Uh OH

The infectious five-song effort contains few lulls and greatly lends itself to air drumming in the car. A fellow motorist may have caught me air drumming to “Inside Out.”

Roughed Up by Dirty Talker

This album shreds. “Tuff Hedeman” is a must-listen on the album, featuring heavy guitars and rougher vocals. Every song on the album is good, loud alt-rock that should transfer seamlessly to a live setting.

I could give you a top five of *albums* this year, but none of them has the collective number of listens that I’ve given Mills this year.

I have two; Pro Magnum’s album blew out the speakers in my new car.  Ben Brodin’s production is just oh my god. In my best days I wished I could have record albums that sounded a tenth as good as what this sounds. Johnny V’s screams and visceral growls are a horrifying mix of terrifying and satisfying. It makes me want to key my name into some Acuras. I’ll be sending them a bill for my speakers.

Sometimes you can see someone in convert and those same emotions from the stage dont come across in their record. The Hip Hop group Both are exempt from this. Everything about this duo mesmerizes me from song titles to visuals to production. At one point I thought 2015 was their year but I’m starting to believe that its just the beginning.

A super-smart songwriter with a singular voice, Anna McClellan is something special, and this album captures it. The production and added instrumentation, most of it by Ben Brodin I hear, is thoughtful and just right.

Death Of The Sun by No Tide

With it being a full length,you could really see how well this band could perform. Every song is awesome, my favorite is “Heckler.” It’s super easy to relate to the “we constantly go through things that we don’t want to, just to stay alive”.

A Ferocious Jungle Cat’s LP has been in my vehicle since it was released. I absolutely love this band it’s been great to have a high-quality portable version of songs I’ve been scream-singing at live shows all year.

That’s a hard one but I think the album I listened to the most was Mask by Icky Blossoms. Lyrics, production, the vibe…I ate it all up.

Because Dan knows what’s up.

Because HOLY SH*T That record is amazing.

I never heard Simon’s music until I moved to Nebraska three years ago. This album left me the way his live performances do … heavy lidded, frown-smiling and clutching a warm Miller Lite to my chest.