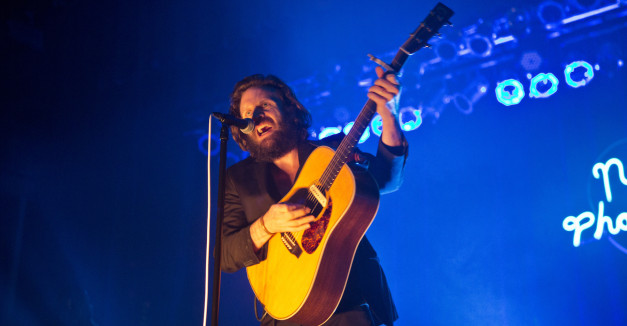 I’d pretty much just finished saying that any concert reviewer who parlays Father John Misty’s name into an observation about him being like an onstage preacher is chumpy.

Then, Josh Tillman was posing on top of a bass drum with his back to the crowd — tall, handsome, black-blazered, swing his hips — bathed entirely in red light. A demonic ministry, maybe. This, the devil that over-protective parents (Tillman’s parents, for one set) see in their fears when they imagine kids at a rock show, under the spell of some tempter’s sexual cult. It’s one thing to try and recount Father John Misty’s rock star exterorization based on his two album. But live, it’s dramatically thorough: backbends, mic stand twirls, self-throttling.

The visual attraction of the strummy, melodic rock owned the first half of the 19-song show. Tillman appeared to wear his body and mind into a place where he felt keen on addressing the audience with his trademark wit. It came in the form of a knee-slapper about him “dancing like a white woman on a cruise ship while drinking Chardonnay.”

“But you can’t deny it feels good,” he added.

All told, Tillman played 10 of 11 songs from his new Sub Pop album, I Love You, Honeybear, with the most winsome rendition being perhaps the album’s odd-song-out, “True Affection.” Computerized and impressionistic on the record, Tillman’s sharp-shooting falsetto shone brightly on the live song, which boasted more of a bass gut from his six-piece band.

Tillman, the digitally-senstive comedian, showed up late in the set with “Bored In the USA” when he sauntered into the crowd. When the audience magnetically gravitated toward him under the stage-left balcony, and (for the first significant time that night) ignored the glowing “No photography” sign, Tillman offered a weary, “Leave me the fuck alone.”

Onstage after the song, he softened, joking the phone photographers were “this close” to experiencing an actual moment. But the antipathy shrunk in the catharsis he seemed to find in performing the furious “Ideal Husband,” a saucy of cover of Leonard Cohen’s “I’m Your Man” and the self-anthemic “Now I’m Learning To Love the War.” 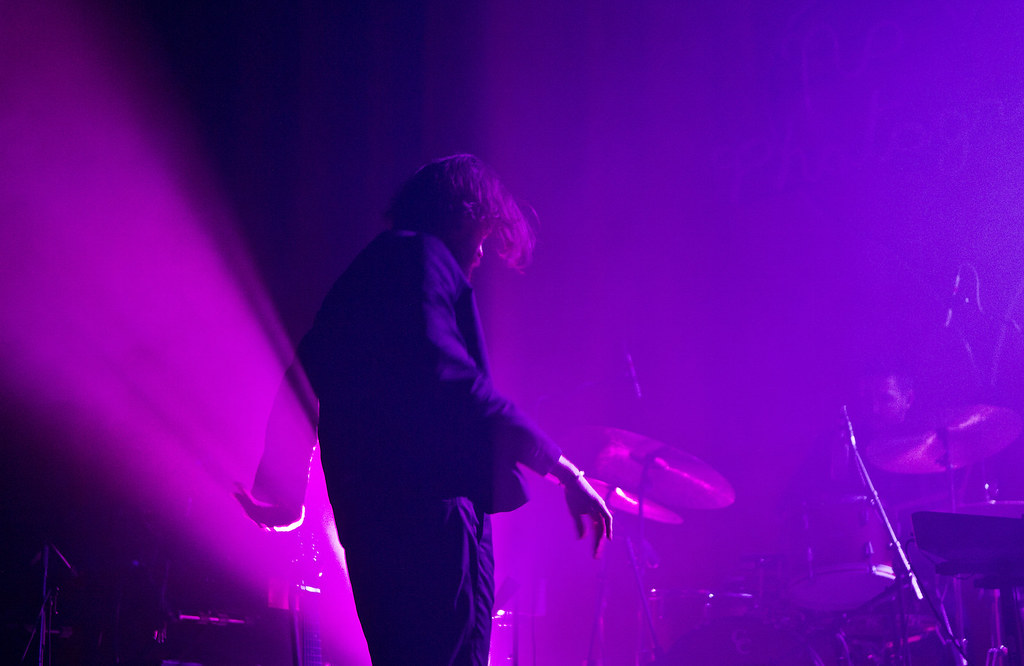 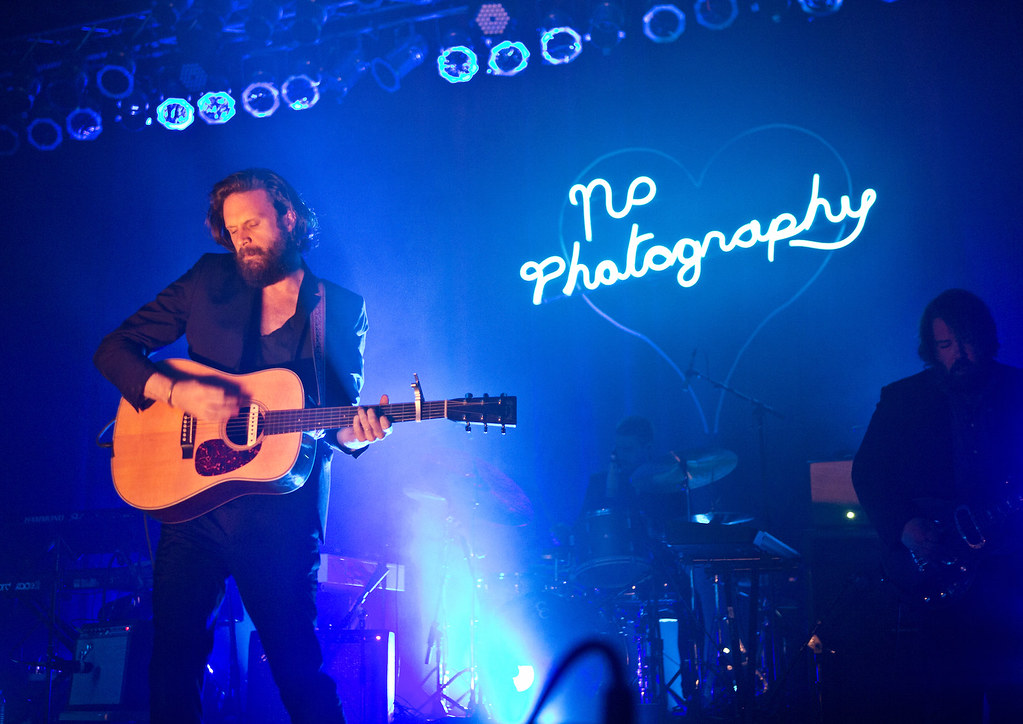 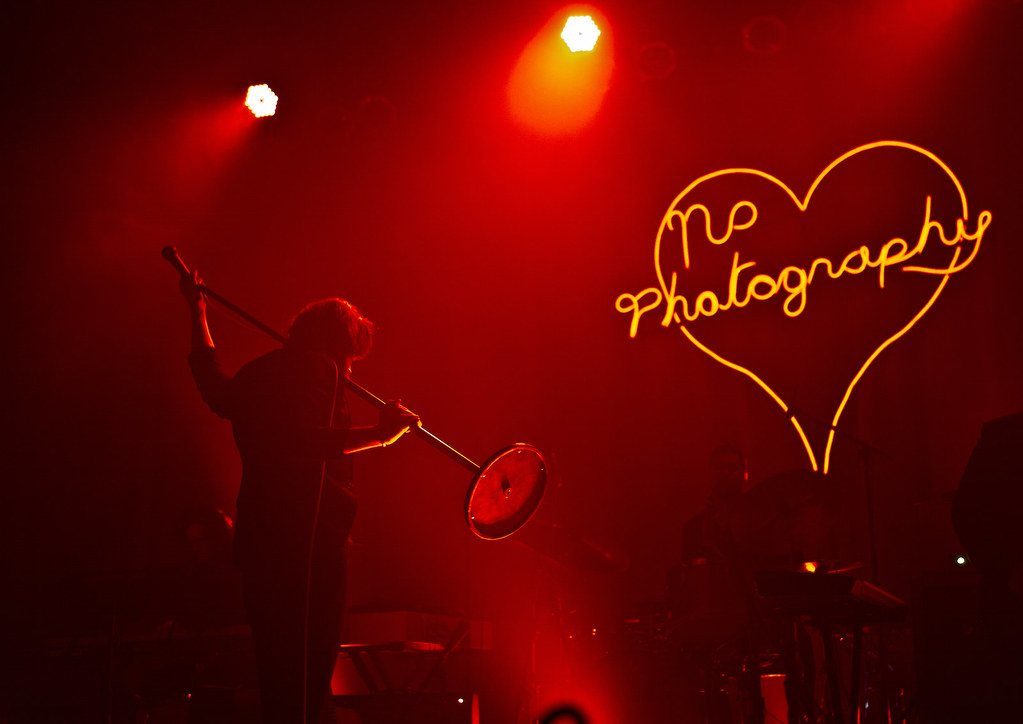 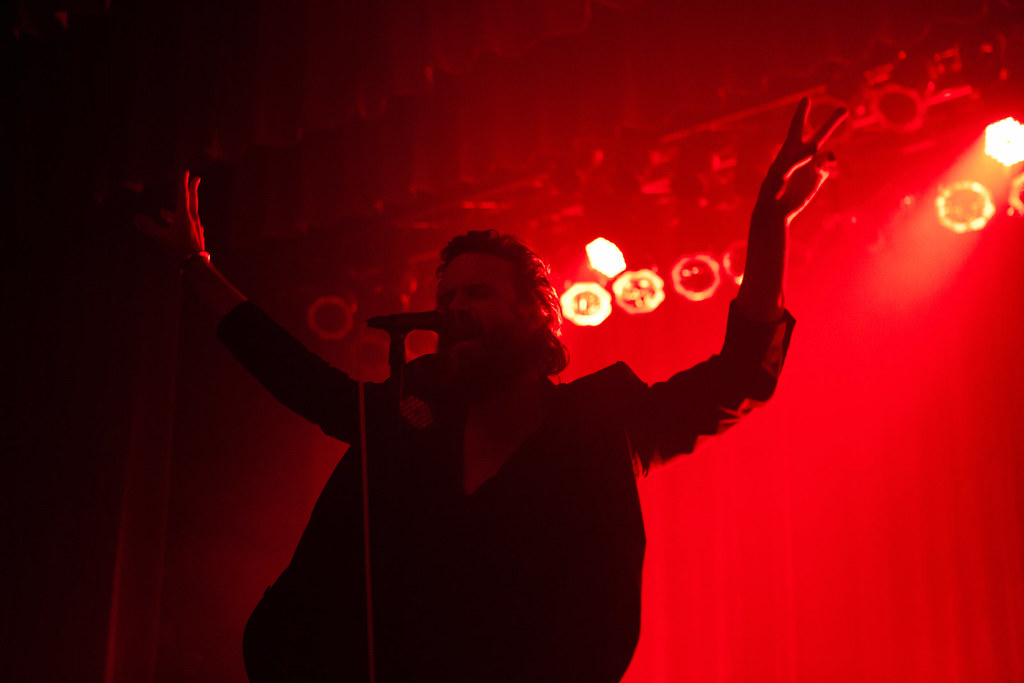 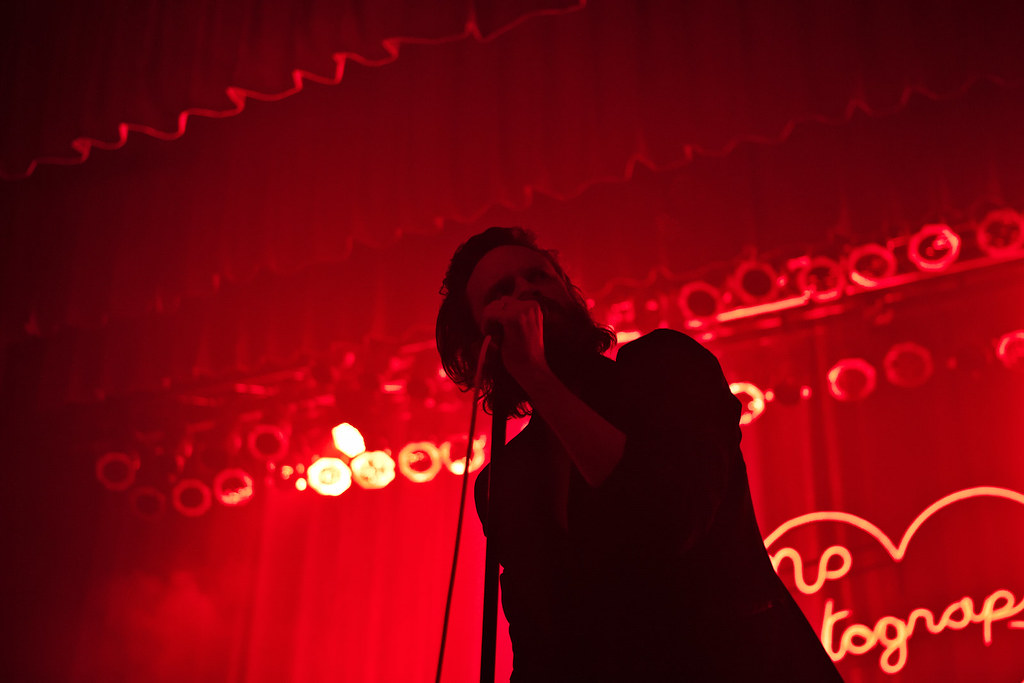 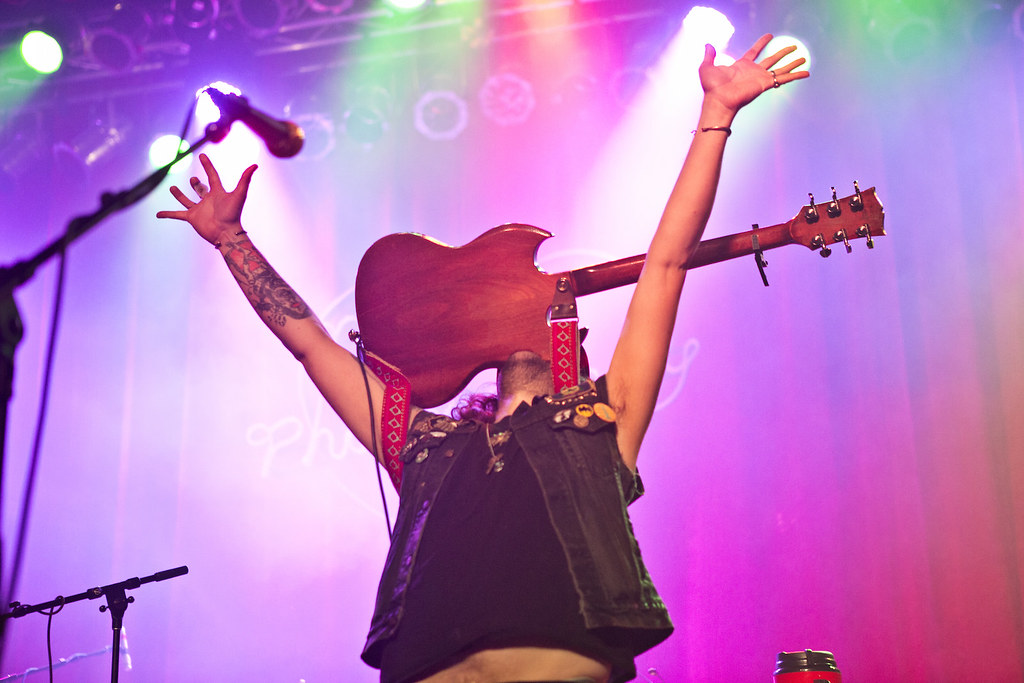 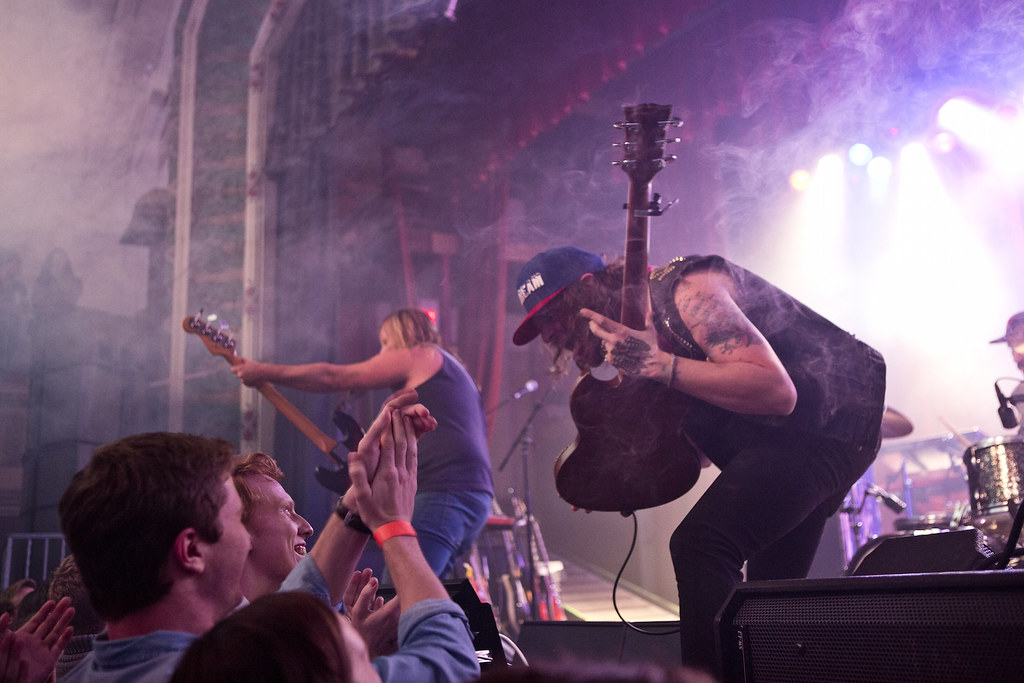 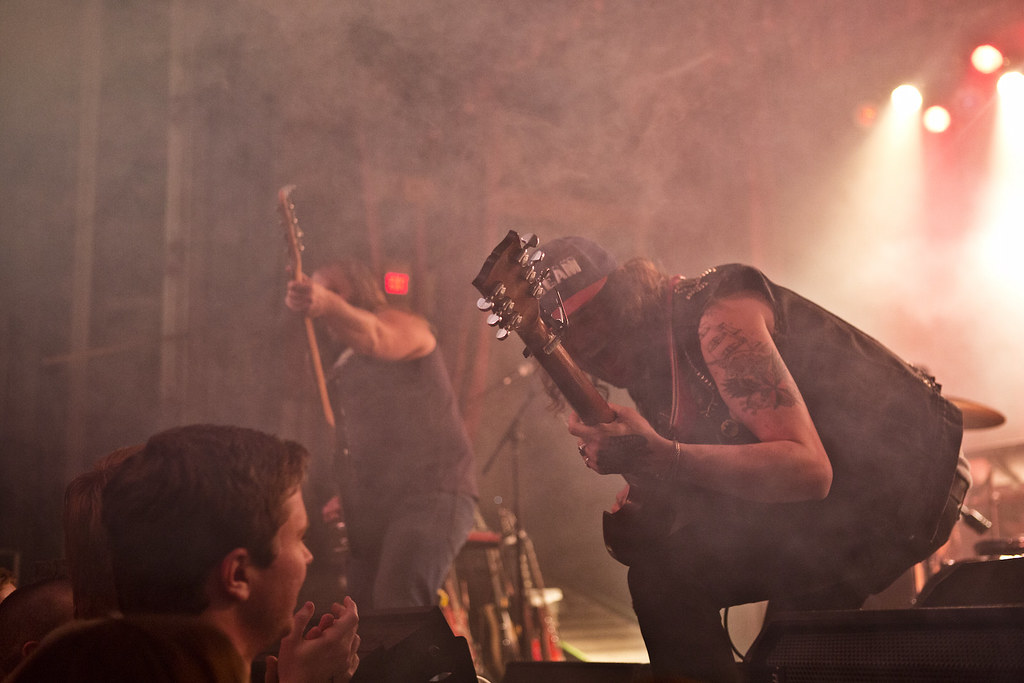 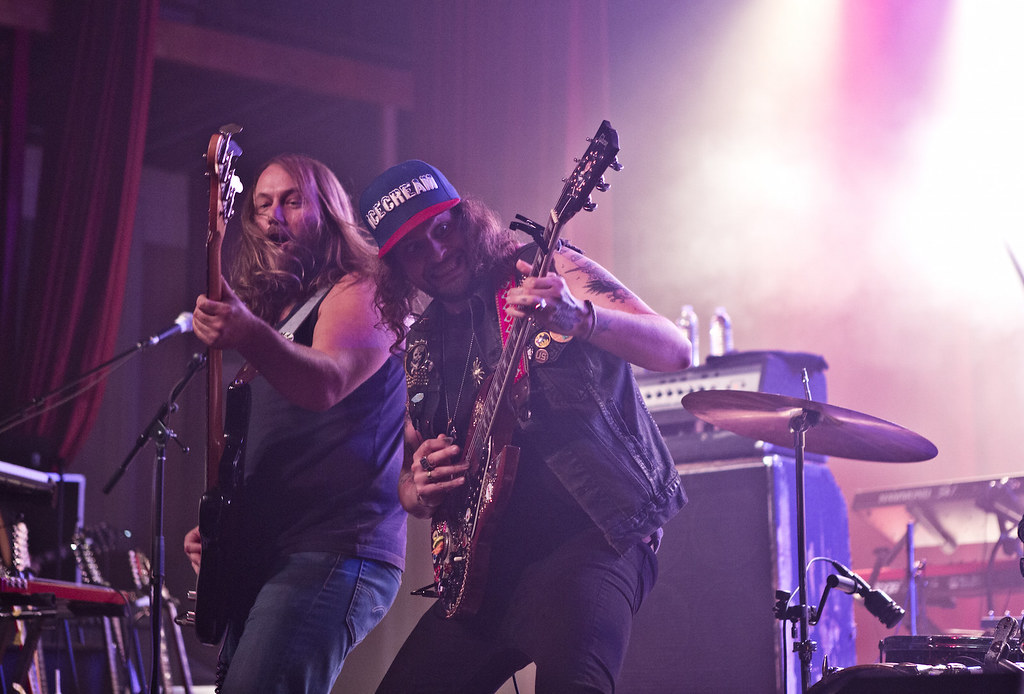 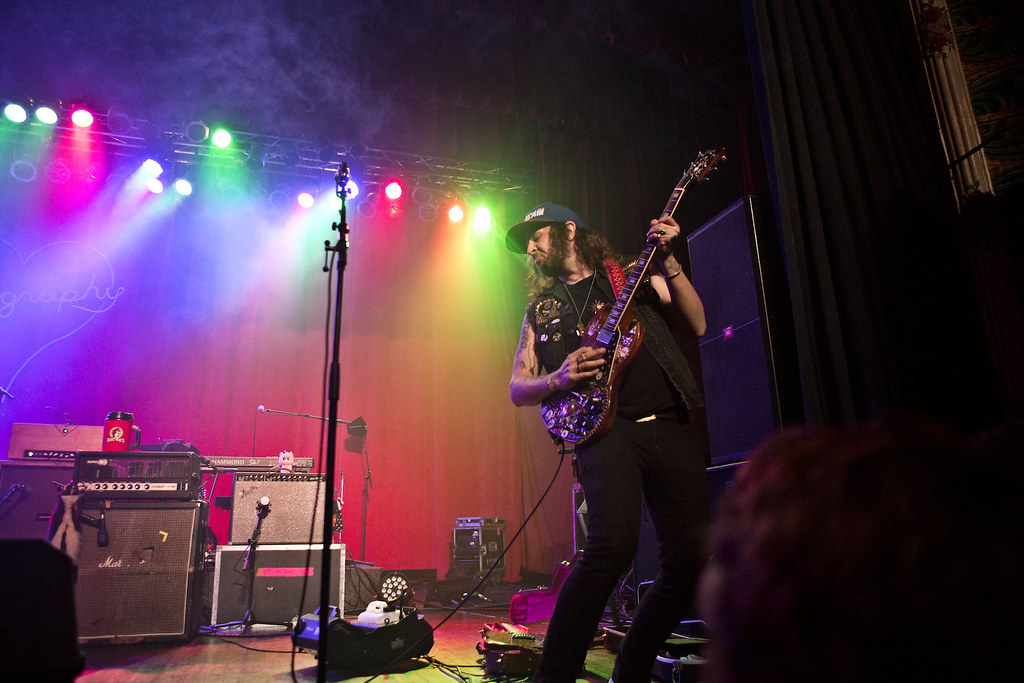 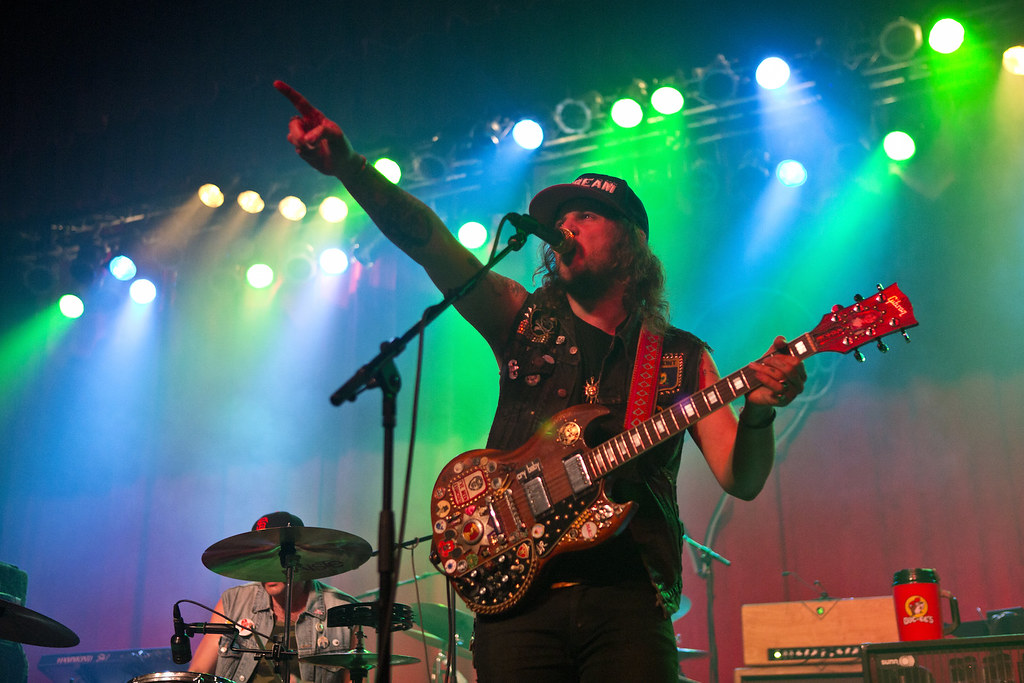