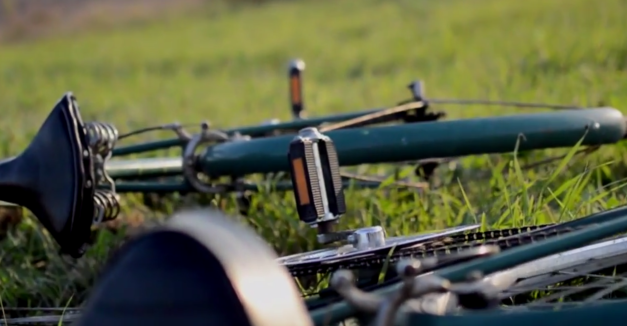 The earthy hopefulness of Walk by Sea’s “Fall” defies any darker feelings of seasonal death.

The Seward-now-Lincoln folk-pop band seems to find comfort in autumn as a kind of cozy return. The warm, harmonica-garnished song continually embraces the sentiment “all of life holds its place in time.”

And then the music video ambiance is the same kind of picturesque: harvested fields, ivy-covered brick befitting of senior photos, coffee beans in the Haymarket’s Crescent Moon coffee shop. Inter-cut with crisp live footage of the band, it has the feeling of an earnest introduction to the Lincoln newcomers, who released their debut EP, Until The End, earlier this year. Listen here.