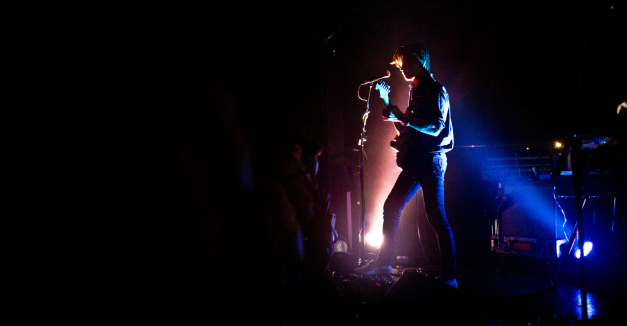 With the closest tour stops  in Boulder and Minneapolis, people from Nebraska and beyond filled The Waiting Room Friday night for Delta Spirit.

The San Diego folk-rock band’s new album, Into The Wide, has a considerably harder and more energetic sound and feel than the previous two outings, History from Below and Ode to Sunshine. The volume was fully felt on Friday.

Accompanied by a lightshow and projections on vertical slats hung at the back of the stage, lead singer Matthew Vasquez’s lyrics were met by the crowd, on songs both old and new. Vasquez commanded the audience’s attention both comically and geuinely. He balanced his guitar on his head while singing, stole different audience members’ beers, as well as a cell phone with which he took photos and video of the show.

And while Delta Spirit’s three-song encore reduced the tempo, Vasquez strained his voice and emoted further than any time prior during the set. He then asked the audience to keep in mind their experiences with nature, explaining that nature was part of the influence for Into the Wide.

See a photo essay of the night below: 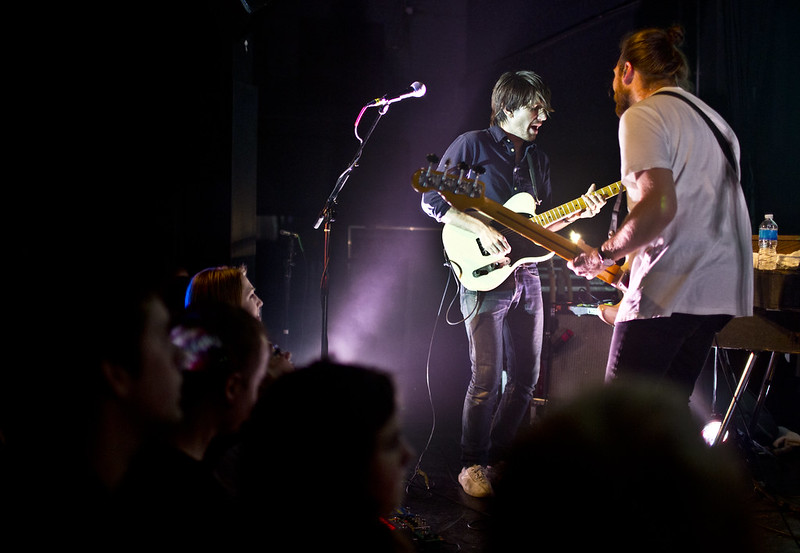 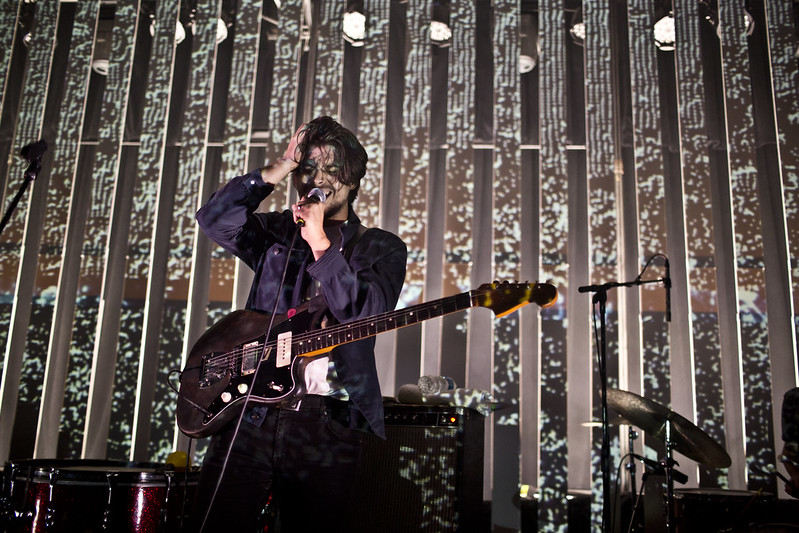 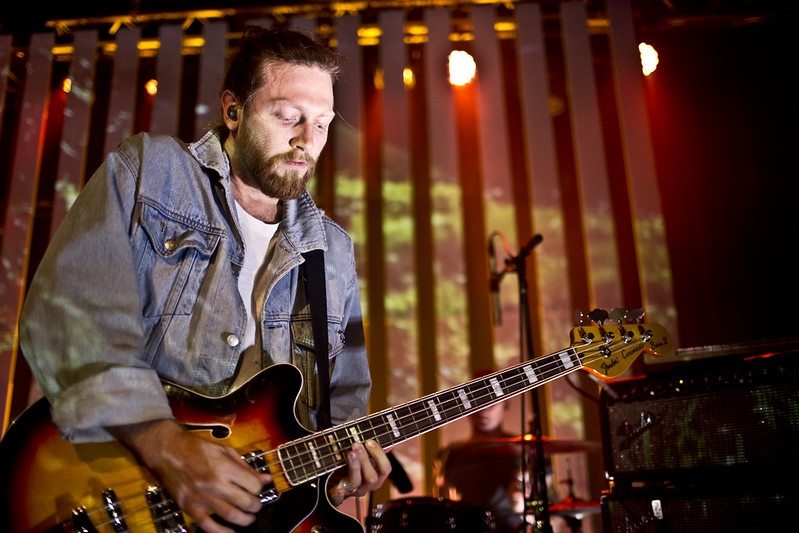 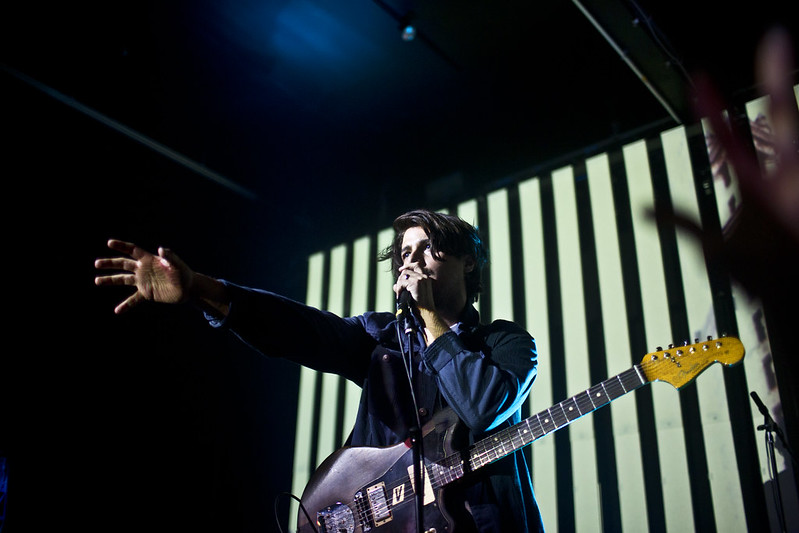 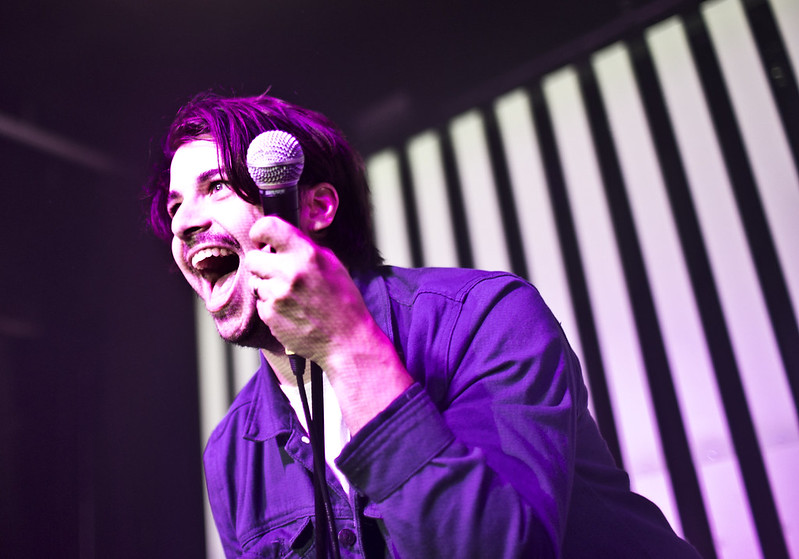 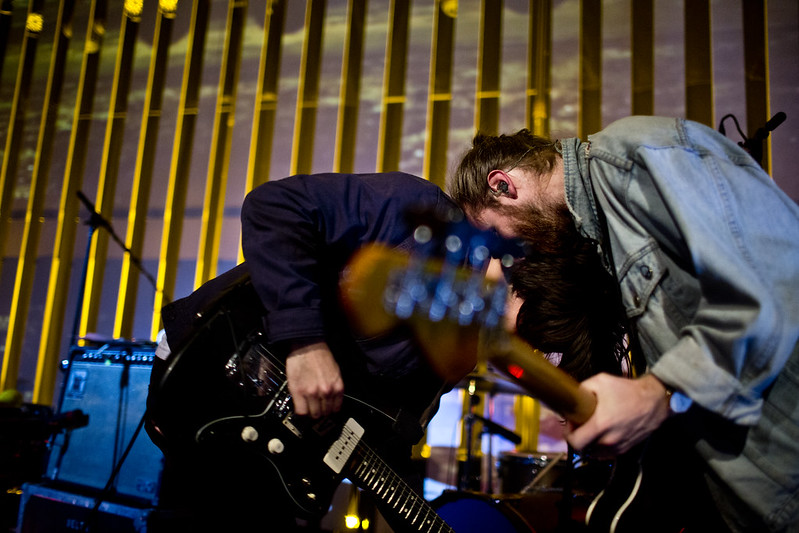 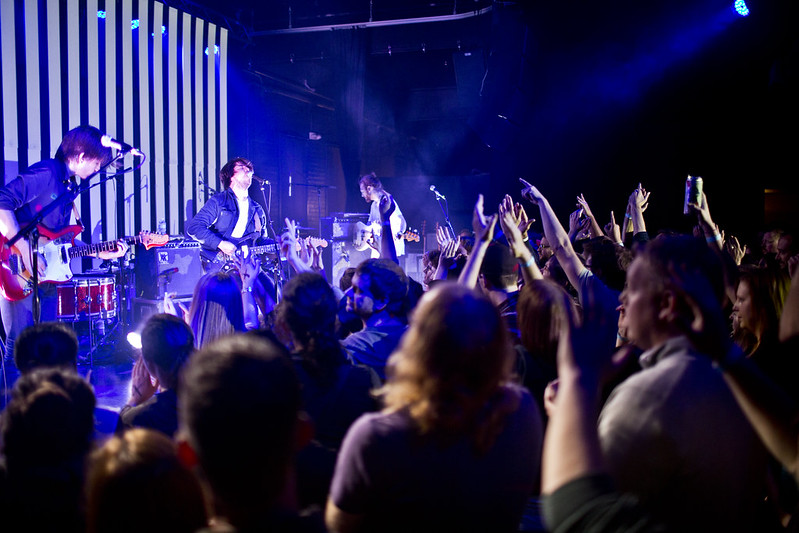 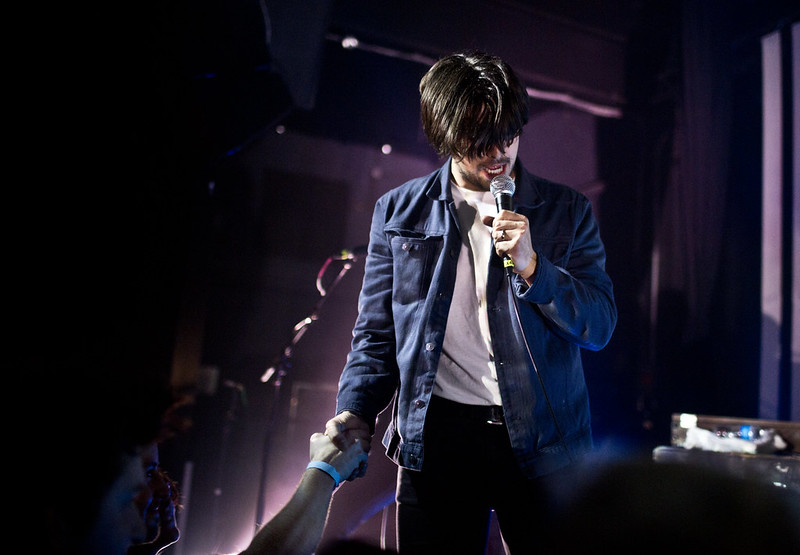 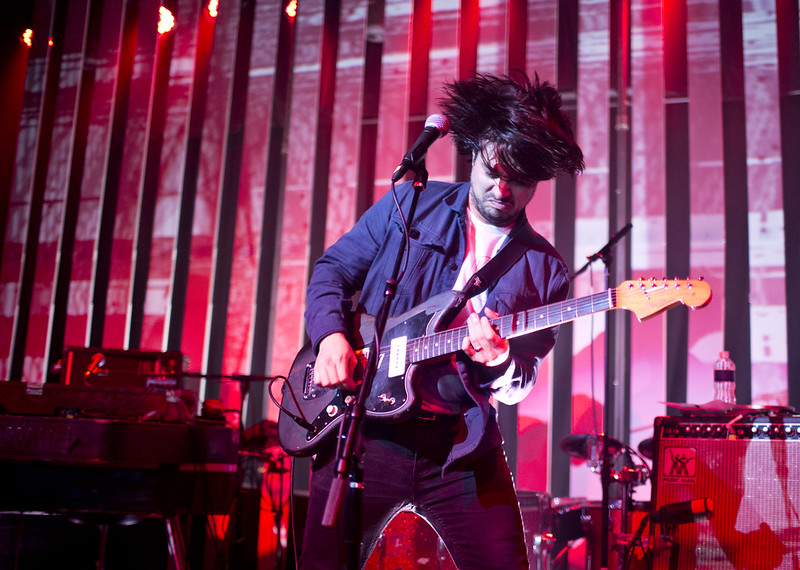 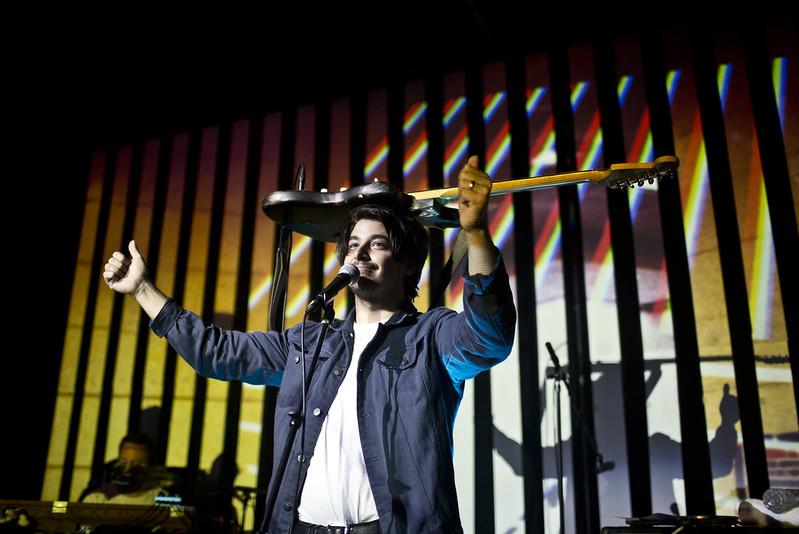 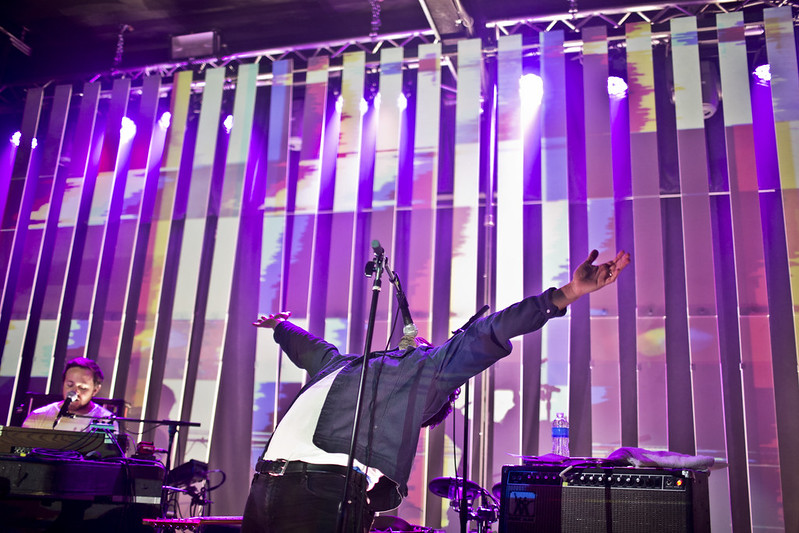