Aperture Needle exposes what lies beneath artists’ skin. This week’s subject is Lincoln musician Darren Keen, whose projects include The Show is the Rainbow, High Art and many more.

EG: Remember how we met?

DK: No, but I was just talking with my fiancée about how the only question I am uncomfortable with people asking me is “do you remember me?” This interview is off to a terrible start.

EG: Describe your favorite sound — don’t say what it is, but describe it and let’s see if I can guess what it is.

DK: It sounds like something wet being stabbed over and over with something rubbery.

EG: Dream line up, where would you want to play and for how many people?

DK: Well, I’ve never played one of those huge festival type shows, where there is just a sea of thousands of people. I’d like to do that sometime. If I could choose the spot, then I’d say somewhere next to a lake and a mountain in New Zealand, playing with Magma, Yip-Yip, UUVVWWZ and the Flaming Lips. 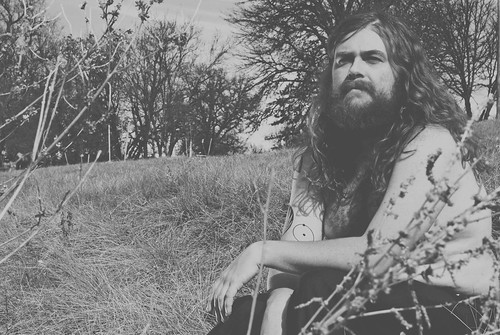 DK: Pay the cover dude! No guest list. Check the article I wrote for HN called “Pay the Cover” if you’d like to understand my feelings on this subject way, way, way too in depth-wise.

EG: What is your most cherished moment?

DK: Probably walking out of the Box Awesome after my first real conversation with my now fiancée, Lacey, and thinking, “holy shit, I just didn’t make an asshole out of myself in front of the hottest chick in the world. Fuck yeah!” 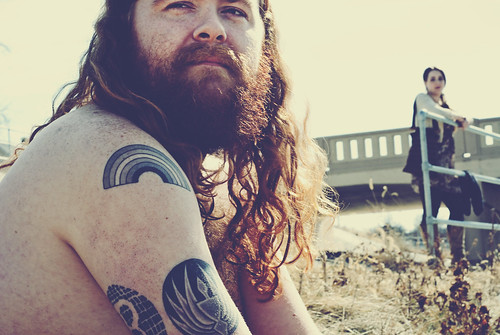 EG: What was your first tattoo?

DK: The first Tattoo I got was my “Star Trek” Combadge tattoo. It is on my left breast, above my heart, where it would be worn were I lucky enough to actually be a member of Starfleet.

I wanted to get this tattoo because I grew up in a household where we watched a lot of “Star Trek,” and I think the show has defined so much of what I love about sci-fi. 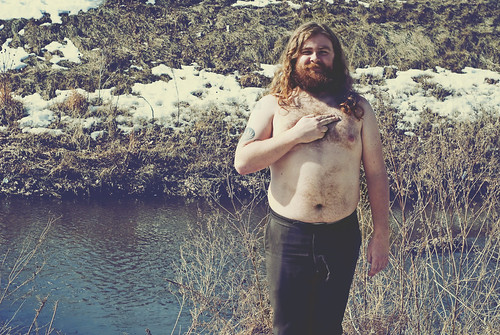 EG: How many others have you gotten and have you regretted any?

DK: I now have six tattoos in all. None of them have any color. I have the Combadge, a hydrogen atom (like Dr. Manhattan had on his head in The Watchmen Book), a black Rainbow, the logo for the record label TSITR was on a while ago, and my fiancée’s initials in scrabble letters.

I don’t regret any of them. They are all badges, and in addition to the face value meaning of all of them, they each remind me of a very special time and place in my life. The Retard Disco Record label, for example, I got while I was on tour opening for The Faint. It was a huge dream come true for me to get to tour with them, and the tat will always remind me of that for sure. 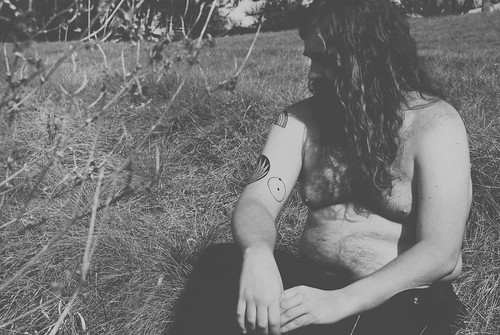 EG: Would you or would you not be opposed to hosting a contest where the general public could choose your next tattoo. If you are good for it, what would be the stipulations?

DK: I don’t think I’d want to do that, because people think of me as this super zany dude, which I am, but I know that people would intentionally choose something that would look shitty, or just be funny to them.

I like having funny tattoos and all, but I think getting a “unicorn tramp stamp” just because some online community votes for me to is too close to a shitty episode of “Jackass: Midwest,” and I’m no Steve-o, that’s for sure. 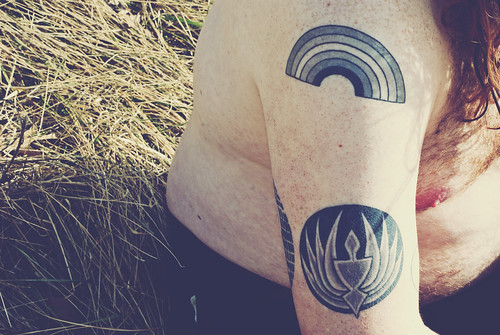 “I’ll also have live visuals by Bryan Klopping at the show, and he’s da bomb, so it should be yet another show where I blow the venue a new asshole and a bunch of cranky hipsters pretend they aren’t having fun. Come stand up front!”